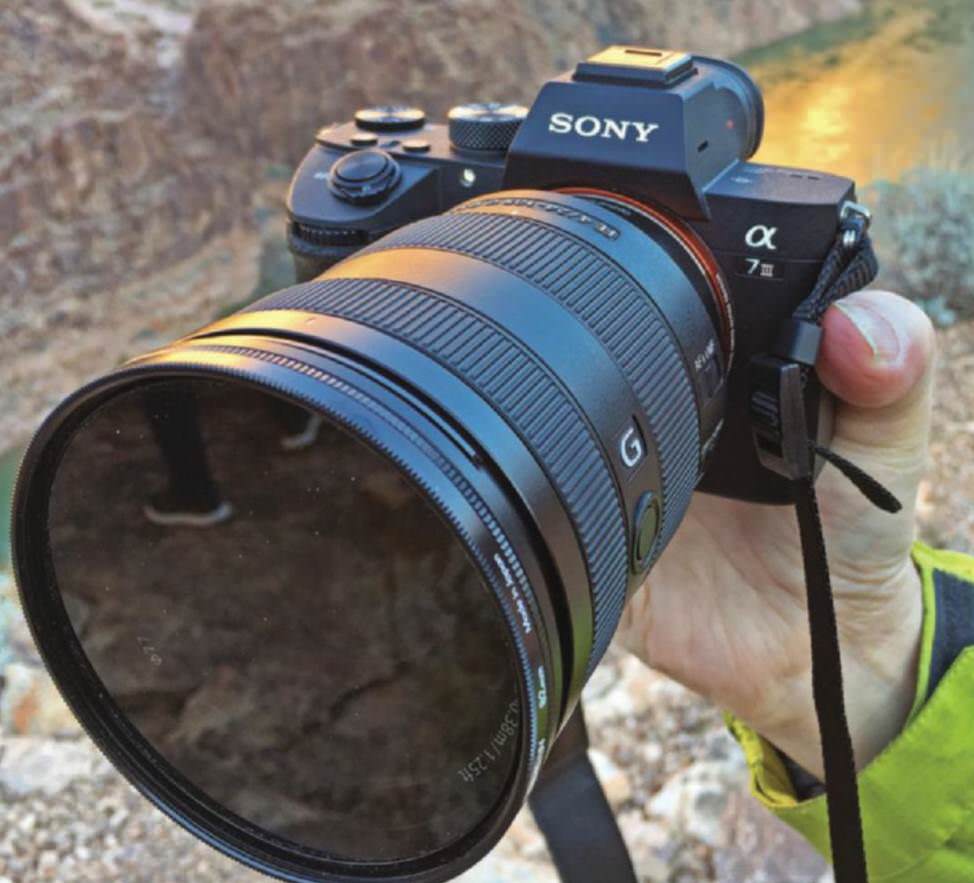 SONY GOES BACK TO BASICS WITH ITS LOWER-END FULL-FRAME MIRRORLESS CAMERA.

WHEN SONY ANNOUNCED THE A7 II in 2014, it did so in an unusual fashion. First, the company unveiled the camera at Sony headquarters in Tokyo, Japan, and initially gave no indication the A7 II would even be available in the United States. Then, less than a week later, Sony acknowledged that the 24.3MP A7 II would indeed go on sale in the U.S. for just under $1,700, but announced the news with little fanfare, making one wonder how much the company was behind this so-called “basic model” in Sony’s E-mount full-frame mirrorless camera line.

Since that somewhat subdued A7 II announcement, there have been rumors and speculation about when and if a sequel to the camera would arrive. During the WPPI (Wedding and Portrait Photographers International) show in Las Vegas in late February 2018 it finally did and this time, Sony rolled out the red carpet for the new A7 III in a flashy press conference that was live-streamed around the world.

So much for “basic,” Sony seemed to be saying, the A7 III is a premium model worthy of its pricier full-frame stablemates: the high-resolution A7R III and the speedy A9 mirrorless cameras. I was at the Las Vegas press conference and got to test out the 24.2MP A7 III over the following few days. Here’s what I thought of this premium basic mirrorless camera, which debuted at the slightly higher but still reasonable price tag of $2,000.

The Sony A7 III looks virtually identical to the 42.4MP A7R III ($3,200) with the same minimal, modern camera design in a relatively compact body and a comfortable grip. At approximately 22.4 ounces, the A7 III weighs just a smidge less than the A7R III but has basically the same magnesium alloy frame and polycarbonate build with basic dust- and moisture-resistance. If you’ve followed some of our coverage of how the A7R III was not able to stand up to a weather sealing test from Imaging Resource, you will know that neither it nor the A7 III are built with professional-level water-resistance, particularly in the area of the battery door, which is prone to leaking. While I did not shoot with the A7 III in rainy weather, I did use it extensively while photographing dune buggies in the desert outside of Las Vegas (you can see a sample photo in this review) and it had no operational problems in that seriously dusty environment. If you do, however, expect to be shooting regularly in wet conditions, I would not recommend the A7 III nor the A7R III. I hope that Sony addresses this water-resistance issue with its future cameras because this will be a deal-breaker for some photographers, which is unfortunate because otherwise these models offer pro-level quality.