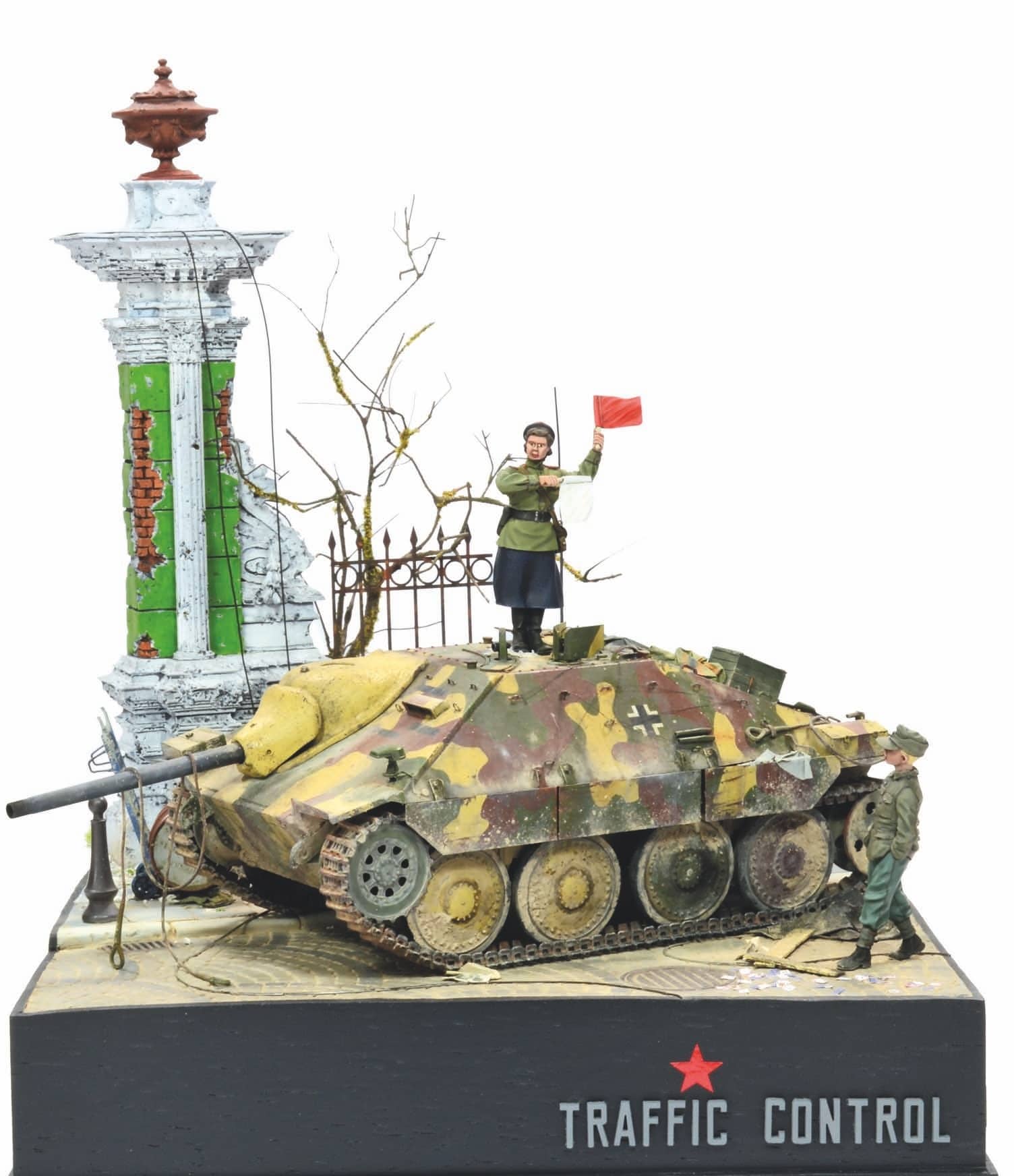 Ta German light tank destroyer based on a modified Czechoslovakian Panzer 38(t) chassis. Interestingly, the name ‘Hetzer’ (transl. ‘baiter’ or ‘chaser’) was not intended for this particular vehicle, but for its planned replacement, the E-10. The Škoda factory for a short period confused the two vehicles in its documentation, and the first unit equipped with the until the matter was clarified. Evidently, Guderian reported to Hitler that the unofficial name, ‘Hetzer’, had been coined by the troops. Post-war historians, along with military vehicle enthusiasts and modellers, have continued to use the name in their work, though the vehicle was never referred to as such in any official documentation. 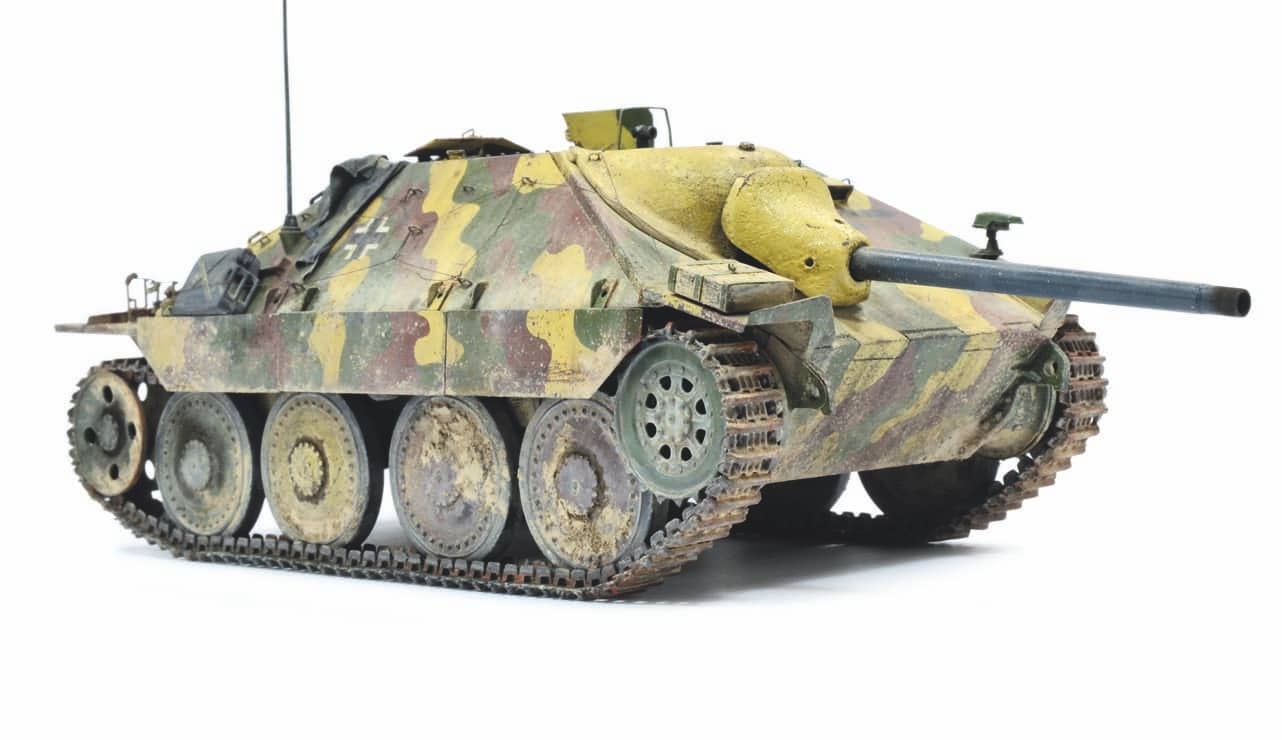 One of the most common late-war tank destroyers, the JgPz38 was generally mechanically reliable. It was armed with a 75mm Pak 39 L/48 gun in a fixed mounting, as well as a remotely-controlled MG 34 machine gun; it was capable of destroying almost all Allied tanks at long ranges (with the exception of heavy tanks).

The JgPz38 entered service in July 1944, and would eventually be assigned to a number of units, including the Panzerjäger battalions and Volksgrenadier divisions. The vehicle underwent a series of modifications and improvements during its lifetime; with over 2,800 produced, it made an important contribution to Germany’s offensives on both the Eastern and Western Fronts. Unlike many of the early tank destroyers, the vehicle had a fully enclosed superstructure. Its relatively small size made concealment much easier. This would prove to be very useful, as its primary role would be that of planned ambush, rather than mobile engagement on the battlefield. The vehicle’s main weaknesses were comparatively thin side-armour, limited ammunition storage, restricted gun-traverse, poor internal layout (making operating the vehicle difficult), and running gear that was prone to failure due to increased weight. 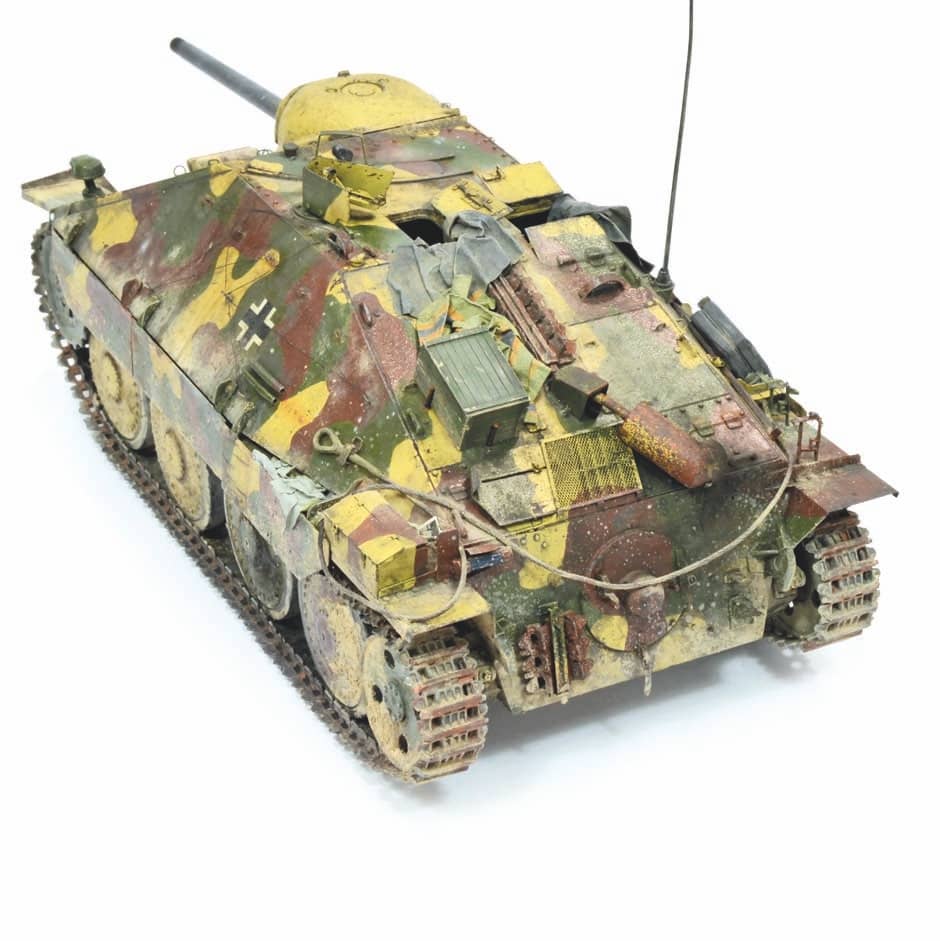 Due to the large number produced, the JgPz38 is probably the most abundant World War II German tank destroyer remaining today. That said, many survivors are actually post-war Swiss G-13 variants. In addition to numerous examples in museums, there are JgPz38s in various conditions in private collections. In 2007, a JgPz38 was recovered from the Baltic Sea, and is currently being restored in Gdansk.

My first experience with building a kit of this vehicle began many years ago … an Italeri version that I assembled very quickly, and painted with a brush. The less-than-spectacular result led the model to be consigned to the bin. Not to be discouraged, I vowed to make a better job next time round. The opportunity came when I recently exchanged some of my old kits for a selection of sprues from various Dragon Models kits. Surprisingly, the JgPz38 parts were all there, and in good condition.

I had already decided to depict this as an abandoned vehicle, but as part of a very small vignette presentation with just a tree accompanying it. By chance, I came across a resin/photoetched kit of a ruined pillar and fenced wall from Yan Model (ref. DY-35005) in one of my local model shops. Here was the perfect background for my scene. With a section of pavement and cobbled road from one of MiniArt’s diorama sets, I was almost ready to go. What I now needed was a couple of suitable figures. The perfect choice was a Russian female soldier with traffic direction flags (from the now-discontinued Verlinden Productions set, ‘Soviet Infantry WWII’) and ‘Young German POW, 1944-45’ (ref. S-3528) from Stalingrad Miniatures.