DavidStraudebuts with a stunning Paper Panzer.

I suppose it comes to us all at some point … the time when inspiration seems to disappear, and there simply is nothing out there to grab the attention. When this recently happened to me, I decided to tackle something totally different … my first ‘what if’ tank, the VK16.02. No need to dwell on the minutiae of historical accuracy, correct camouflage schemes, or the location of specific details; more a case of pure enjoyment, in the knowledge that no one can argue that you got that bit wrong.

Although the concept for this vehicle was in the minds of the design team at M.A.N. as early as 1941, with serial production being scheduled for April 1943, the project was abandoned in January of that year. Already dubbed ‘Leopard’, the VK16.02 failed to live up to its name, not least because the armour protection was inadequate, even for a reconnaissance vehicle.

Over recent years there has been a growing interest in ‘Paper Panzer’ subjects, and various companies have responded (albeit slowly) with kits and conversion sets of some of the more popular examples. Currently, there are only two versions of the VK16.02: one from Hobby Boss, the other from Amusing Hobby. While these are similar in terms of quality and attention to detail, I found the Amusing Hobby kit to be better value for money.

Labelled as ‘German Heavy Armored Reconnaissance Tank – Leopard – VK16.02’ (ref. 35A004), the kit was released in 2013. It comprises the usual array of injection-moulded components, together with a photo-etched fret and fully-workable tracks. Assembly instructions are by way of an A4 manual, which also provides an overview on the late-war three-colour camouflage scheme; not surprisingly, no specific schemes are included, since the vehicle never saw active service. However, a small sheet of decals offers speculative markings for four examples: 116 Pz.Div., Pz.Gr.Div., 2 SS Pz.Div., and 12 SS Pz.Div. The beauty of such ‘what if’ subjects is that you can allow your imagination to take the lead. With that in mind, certain parts would be consigned to the spares box, and others added to give the model a truly unique appearance. The instructions actually suggest three variants, but these differ only in the exhaust arrangement, and the number and position of the antennas. 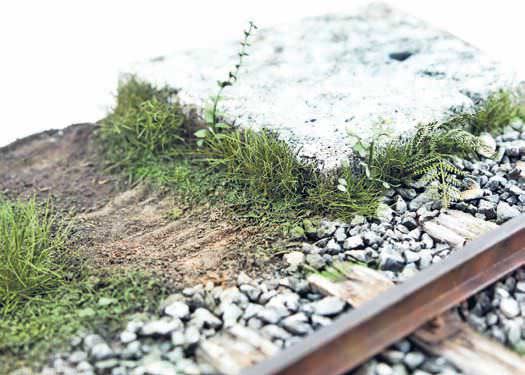