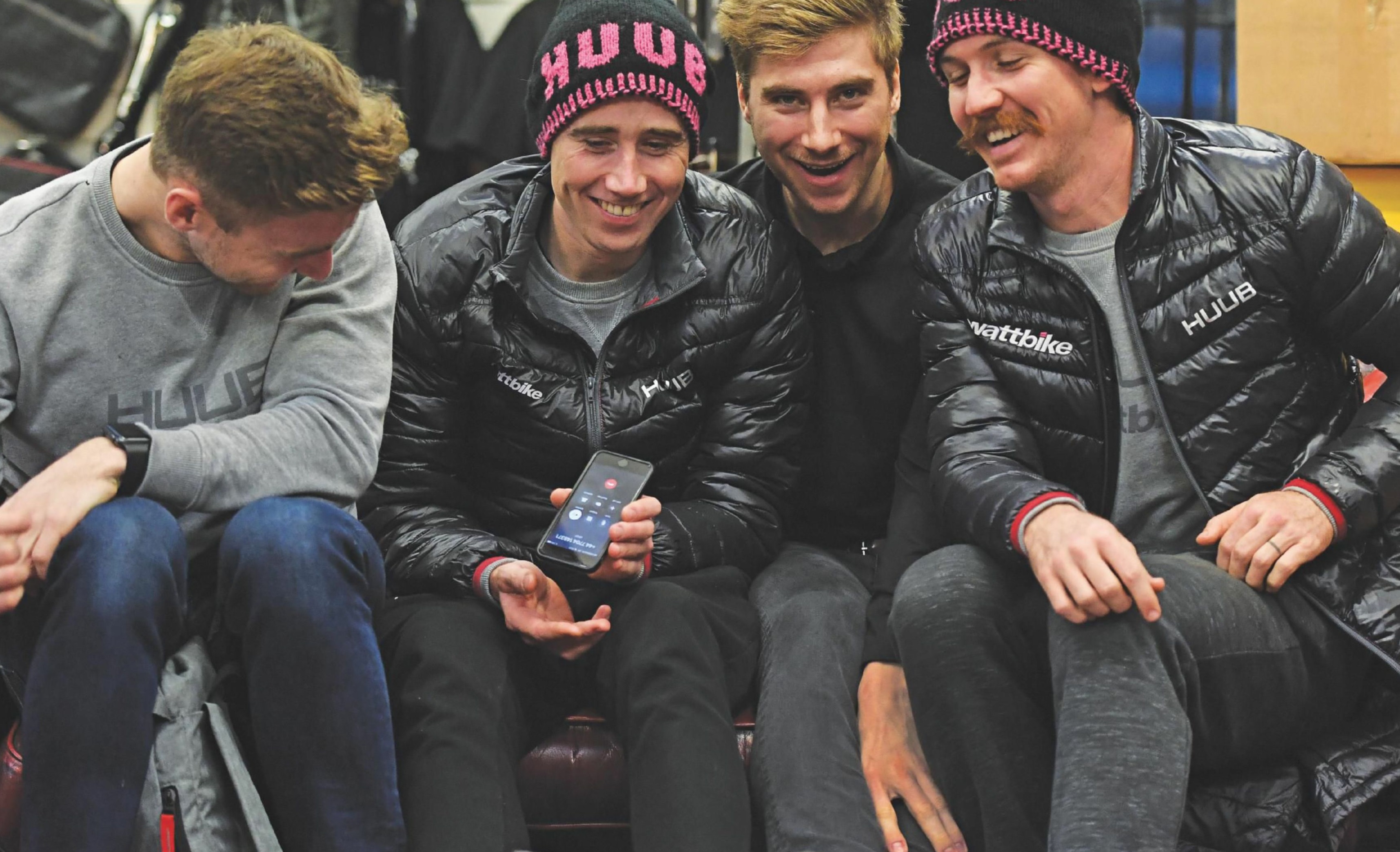 When A Team Of Amateurs From Derby Took Pursuit Gold At The 2017 national Track Champs The Cycling World Saluted Their Pluck And Now, Back With New Sponsorship, Team Huub-wattbike Are Ready To Up The Ante. Cw Went Backstage With Cycling’s Hottest Ticket

Is Huub-Wattbike the most rock ’n’ roll team in cycling?

The last time I did an interview like this was 20 years ago, in a previous life as a music journalist. I sat in a pub with four up-and-coming 20-something indie punks boisterous with the intoxication of growing success, and enjoyed an invigorating hour or so of large talk, gags and general mockery of all and sundry (including yours truly) — plus a healthy dose of calling out the establishment.

As a wet-behind-the-ears writer that interview was a formative experience, and one which finally paid off last month when I got together for a chat with Huub-Wattbike.

With a penchant for doing things their own way and scoffing at all forms of received wisdom they practically own the ‘maverick’ tag (though they scoff at that too). The wisecrackery and mickey-taking are turned up to 11. It’s not exactly Keith Moon revisited, but if I didn’t know better I’d say they have a big bowl of M&Ms with all the blue ones taken out delivered to the track centre for major competitions.

But here’s the thing: these are serious guys. For every quick-witted barb, every LMAO moment, there are five obscure stats concerning coefficient of drag, or a quick 101 on the disruption of laminar flow.

There is also — as far as I could tell from spending a couple of hours with the team at their temporary pied-a-terre for the London World Cup — a complete absence of Jack Daniels. Or M&Ms.

We sit around the small apartment table, complete with double-aspect views of Stratford’s rail yard, and team figurehead and founder Dan Bigham takes the lead on the answering of questions. Also present at one time or another during our chat are Jonny Wale and Jacob Tipper — both part of the original 2016 line-up from the KGF days; John Archibald, brother of Olympic gold medallist Katie, and new recruit from the USA Ashton Lambie — recognisable by his enormous moustache and 4.07.25 individual pursuit world record. All of them are fresh from a morning session at the track, practising standing starts for the World Cup a few days later.

It’s clear the rest of the lads spend much of their time trying to shield themselves from Bigham’s rampant ambition — demonstrated perfectly by the series of responses ignited when I ask them about their plans to travel abroad on a world record-breaking mission later this year. The idea is to head to altitude at Aguascalientes in Mexico, and employ every last watt per CdA they can muster to break the full gamut of records from individual pursuit to the Hour.

What would you aim for in the team pursuit, I ask? It seems a reasonable question.

Wale and Tipper (in unison): “World record!” [peals of laughter]

Wale: “Ah f***’s sake. We had this conversation at the start of the year. Dan likes setting ambitious targets…

Bigham: “You can’t temper my optimism!”

Tipper: “He’s been a bit quiet these last few weeks but you can see he’s on that pathway cos now we’re on 3.46 apparently. By the time we get to Mexico it’ll be 36!