Rise Of The Plastic Eaters

Christopher Johnson was schmoozing at a party not long ago, talking with another guest about his research, as scientists often do. Johnson works on breaking down plastics, which tend to be highly resistant to such things.

The woman he was speaking with at this particular prewedding soiree replied that she felt overwhelmed— hopeless— about the whole situation: how we can’t seem to stop using plastics, how they crowd landfills, how their microparticles permeate the oceans.

“I’m a world away from that perspective,” Johnson says, recalling his reaction.

That’s because plastics aren’t just happening to Johnson. He’s happening to them. Johnson is a research scientist at the National Renewable Energy Laboratory, and this past year, he and his colleagues created a biological enzyme that can chew efficiently through throwaway plastics like those that make water bottles and soap containers. The team is optimistic they can engineer a world where humans keep using this overabundant material—without winding up literally or figuratively overwhelmed by it. In that world, as part of a broader, robust recycling system, microorganisms will digest polymers into their chemical components so they can turn a profit as new and better products.

Currently, recycling doesn’t actually turn plastic into anything, chemically speaking: It just grinds the waste into smaller pieces, like shredding paper into strips. Manufacturers then reconstitute those pieces into lower-quality plastic. In biobased recycling, as those in the field call it, plastic-eating organisms give you back the building blocks to make new materials and, eventually, goods.

Johnson’s group, in particular, captured the public’s imagination because its discovery was accidental and made for a great story. Skeptics feared the effort might backfire—that rogue GMO chompers might start gobbling the wrong polymers. Like the dashboard of your car. As you’re driving. It’s an extremely remote possibility but not completely misguided.

All that plastic trash, after all, is itself an unintended consequence. The synthetic material began, in part, as a substitute for ivory to save ele phants from slaughter. But that innovation also brought us to where we are today: overwhelmed and hopeless. The amount of plastic that humans produce every year—more than 300 million tons—weighs about five times that of all people put together.

We use most of our modern polymers just once: in water bottles, shampoo bottles, milk bottles, chip bags, grocery bags, coffee stirrers. Every year, nearly 9 million tons of the litter ends up offshore. You’ve probably heard of the Great Pacific Garbage Patch: an area in the ocean’s northern half where swirling currents congregate all that refuse. But did you know that by 2050, the high seas could sport more plastic than fish?

Civilization isn’t doing a great job of cleaning up after itself, partly, Johnson and his team believe, because there’s never been a great economic incentive to. But if you can take those plastic building blocks and assemble them into something more valuable than the original—such as auto parts, wind turbines, or even surfboards—you can change recycling’s calculus. Companies can do well for themselves by doing good for the world. 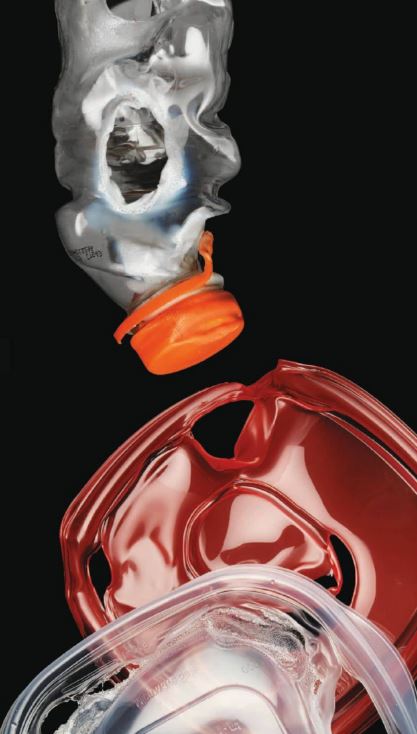 MUCH OF THE ACCIDENTAL enzyme team works at the National Renewable Energy Lab in Golden, Colorado. The campus nudges against the foothills of the Rocky Mountains, which slope up quickly out of nothingness into 14,000-foot peaks. Solar panels occupy the roofs of nearly all of the buildings. Inside the Field Test Laboratory Building, where the group works, a ROYGBIV spectrum of utility pipes runs along ceilings and walls. Labs full of refrigerators, incubators, and high-powered microscopes hum behind card-access entryways. And, in a small meeting room on the ground floor, a matrix of screens backlights four scientists.

They, along with colleagues in Florida, England, and Brazil, form a kind of dream team for this particular bio-based recycling research: Nicholas Rorrer creates polymers. Gregg Beckham tries to figure out how bacterial and fungal chemicals break down compounds such as cellulose, the main ingredient in plant-cell walls and many veggies. Bryon Donohoe studies how cells with polymer-eating enzymes work. Johnson engineers new kinds of cells that secrete those enzymes. Those areas of expertise are each key to exploring how bacteria indulge an appetite for plastic—and how to manipulate them into being better snackers.

On one of the screens behind them, an enzyme skates along a close-up of cellulose, chewing off individual strands and spitting them back out as blocks of sugar—the ultimate drive-through eating experience. This simulation, the scientists say, is the same way a polymer meets its match.