Transitioning From A Piston To A Turbine-powered Airplane 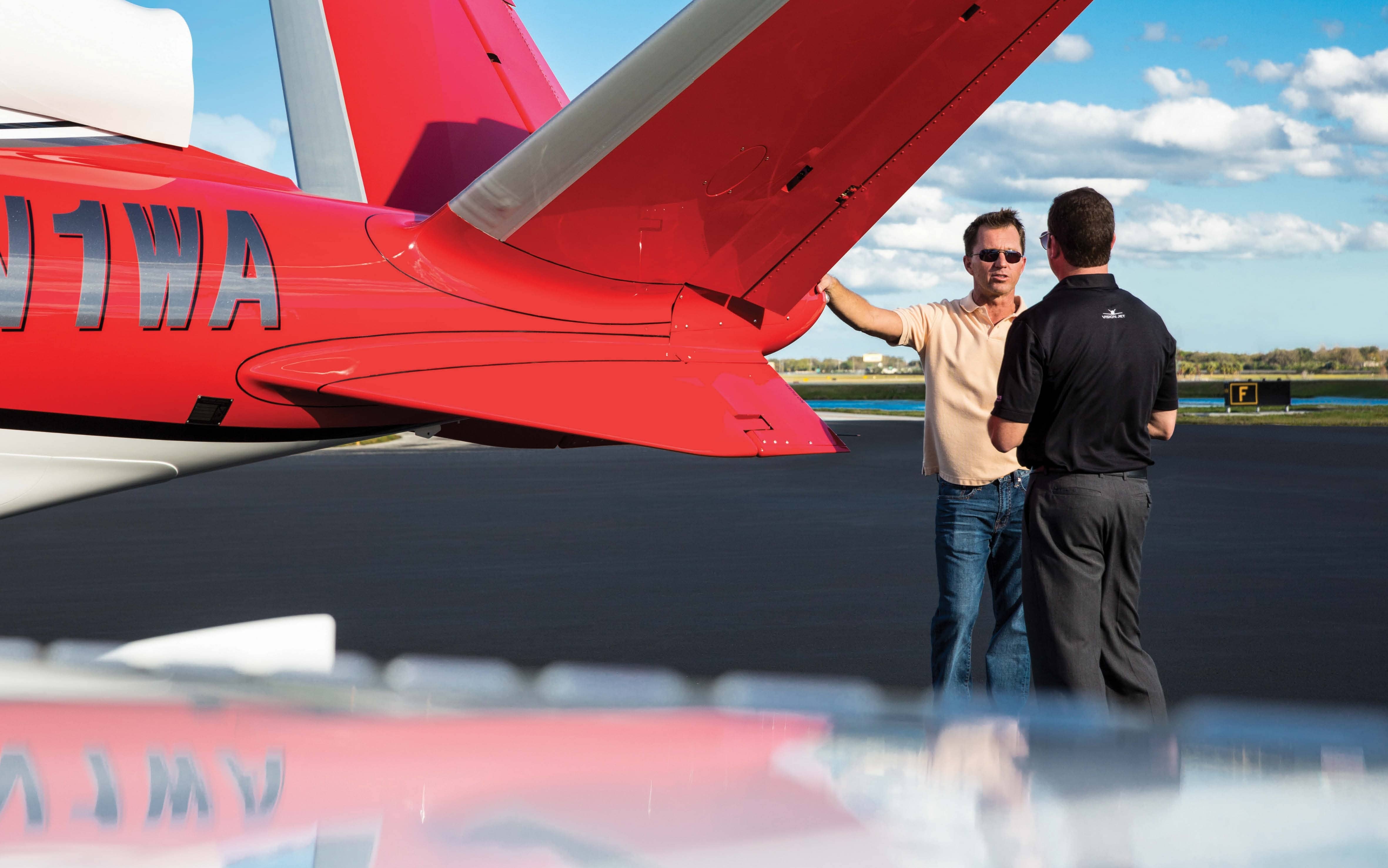 It’s A Rare Pilot Indeed Who Learns To Fly In A Single Engine Airplane And Never Dreams Of Jumping Into A Larger, Sleeker Machine That Carries More People, Flies Faster And Farther, And Of Course, Is Outfitted With All The Latest Electronic Navigation And Communications Gear.
Rob Mark
For pilots able to climb that ownership ladder—often men and women who plan to use that larger airplane for business—these dreams used to mean stepping up to a light, unpressurized piston twin such as a Cessna 310 or a Beechcraft Baron. But the days of piston-powered twins have come and gone.

Now, a move-up airplane translates into at least a high-performance pressurized single such as the Piper M600, the TBM 900 series or a Pilatus PC-12, offering better weather and cruise speed options. These aircraft operate with just a single powerplant—like the other big player in the move-up market, the Cirrus Vision SF50 jet.

Turbine powerplants seem to be a significant factor in these decisions, with Pratt & Whitney Canada’s PT6 being a popular option. And what’s not to like? Starting a turboprop these days is pretty simple thanks to the full-authority digital engine control system installed on most. Often, it takes no more than the time needed to taxi from the ramp to the hold-short line for a turboprop to be ready to go. PT6s also don’t mind pilots yanking the throttle to idle or slamming it forward in the rarified air of positive-control airspace (now known as Class A). Turbine powerplants do come with one limitation: spool-up time. Shove the throttle forward on a pure jet engine with no propeller connection, and the response is not immediate, as it will be with a piston engine. 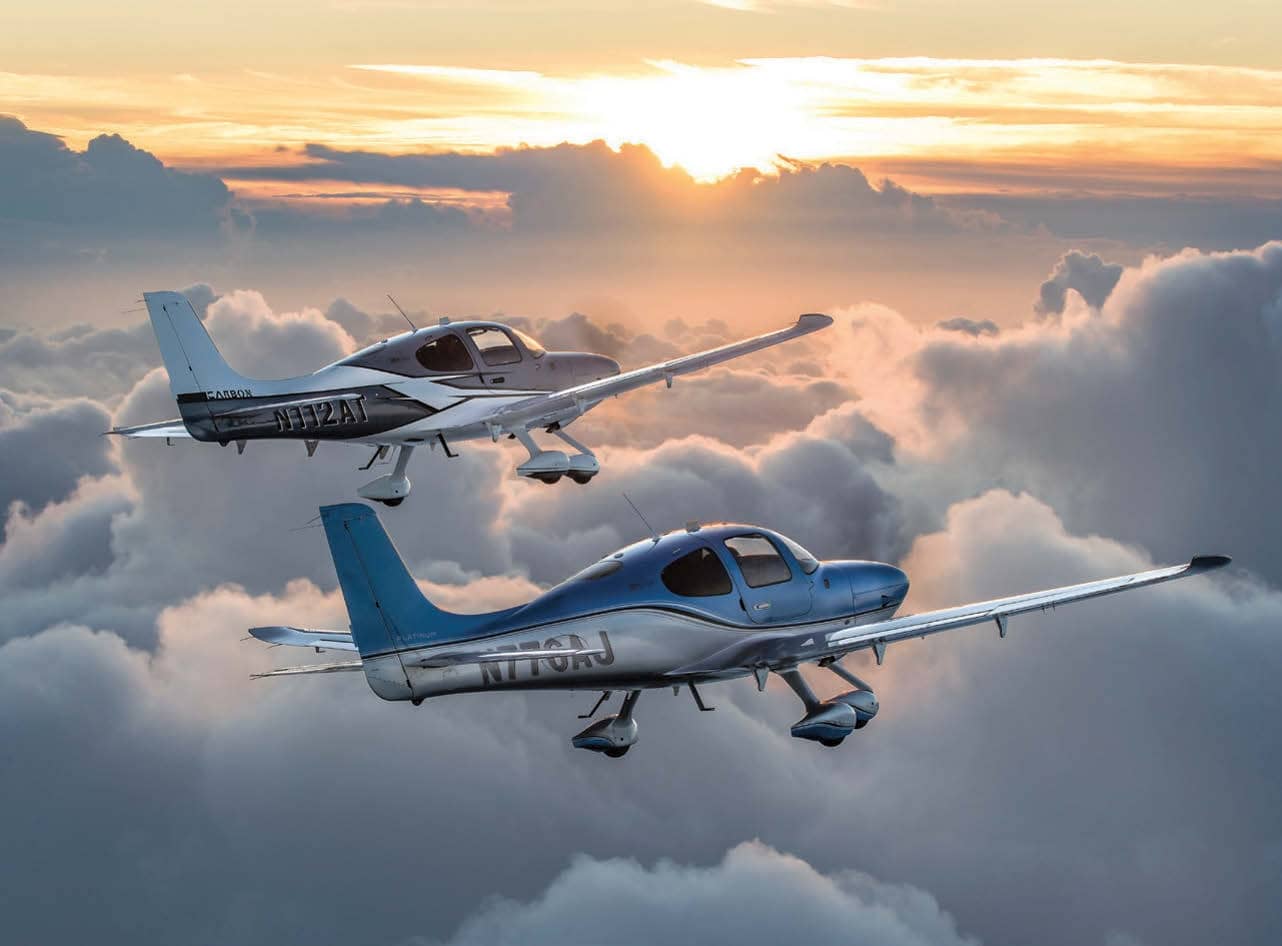 Many of these airplanes require only one pilot, especially the single-engine turboprops. But not everyone believes in the safety and reliability of a single turboprop powerplant, even if a PT6 does only fail about as often as the IRS forgets to demand your April 15th tax payment. A host of twin-engine jet aircraft—such as Cessna’s proven CJ line, Embraer’s Phenom 100 and 300, the new Pilatus PC-24, and the HondaJet—offer twin-engine safety in a package many pilots are willing to pay for. And like most of the turboprops, these aircraft are certified to be flown by a single pilot, assuming they’ve completed the requisite training and met the demands of their insurance carrier. Flying an airplane, any airplane, demands a thorough understanding of risk management and a personal commitment to discovering the best possible methods of minimizing those risks. Some pilots are better at recognizing these than others.

In the fight against loss of control in-flight, still the largest killer in general aviation, turboprops and light jets on the market today offer cockpits outfitted with communications and navigational gear to rival the newest high-end business jet or airliner, as well as tools to improve situational awareness. Of course, avionics is only one part of the story for people used to flying down low. Learning the complexities of high-altitude airspace operations and the demands of fully automated standard terminal arrival routes takes some getting used to, as does weather in the flight levels. A key element in transitioning to the flight levels is remembering that loss of control in-flight isn’t just about the airplane. LOC-I is related to a pilot’s brain becoming overloaded when too much technology is mixed together with too little experience. So much to learn and so little time. 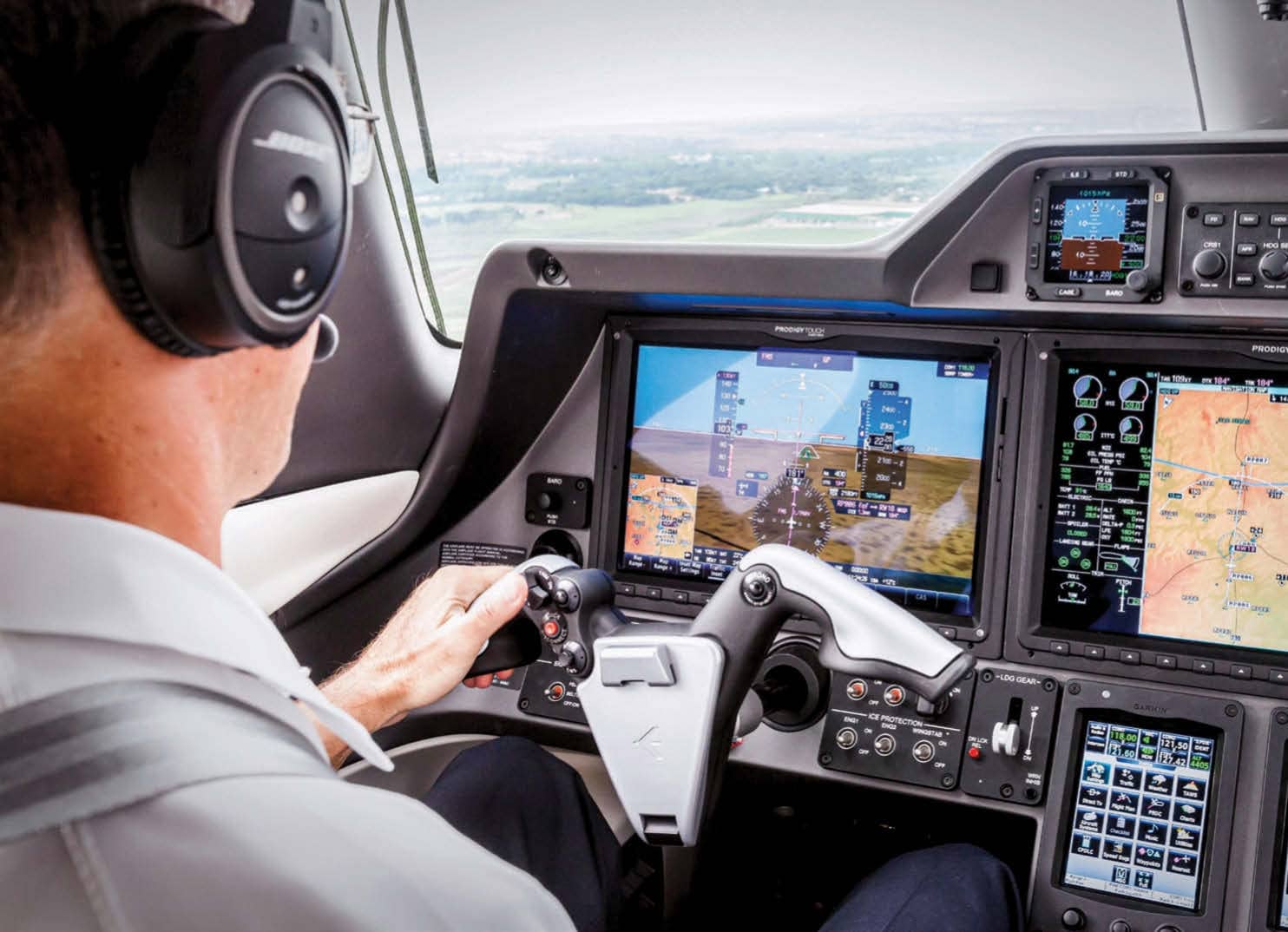 CLIMBING THE LADDER OF OPERATIONAL EXPERIENCE

Horacio Valeiras, a Southern California-based investment manager, began flying his club’s Cirrus SR22 and Columbia 350 shortly after learning to fly in 2007, accumulating about 300 hours for both business and pleasure. He soon purchased a Piper Meridian, which he often flew between offices in San Diego, Dallas and New York. Because Valeiras had no high-altitude experience, nor any experience operating a turbine powerplant, he hired CFI and mentor pilot Rich Pickett to teach him what he needed to know to safely operate the airplane and train to eventually meet the requirements of his insurance carrier. Valeiras says, “I did quite a bit of training early on.”

The insurance company required Valeiras to log 25 hours of supervised operating experience before he could legally fly the Meridian alone. “But we did a lot more, probably close to 100,” he recalls, during which Pickett shared pearls of high-altitude-operating wisdom. “I think more people get uncomfortable [in complex airplanes] when they don't do [enough training] early on,” Valeiras says. On those long cross-country legs, he couldn’t help imagining what airplane might come next.

In 2011, he bought a Cessna Citation Mustang after looking at a TBM. “In the end, the ability to get up into the 40s and have two engines really attracted me to the Mustang.” He earned his type rating in the airplane with Pickett as his instructor but later enrolled in FlightSafety International’s five-day Mustang course that included simulator time. Valeiras says, “I did the five-day course in the simulator because I wasn't comfortable trying everything in the airplane.” He earned his Mustang type rating with about 1,000 hours total time. By January 2014, the Mustang had morphed into a Cessna Citation CJ3 he’s still flying today. Valeiras completed a 16-day CJ3 course that earned him a type rating at ProFlight, now Tru Simulation. Because he was already typed in the Mustang, he had no SOE restriction on CJ operations. 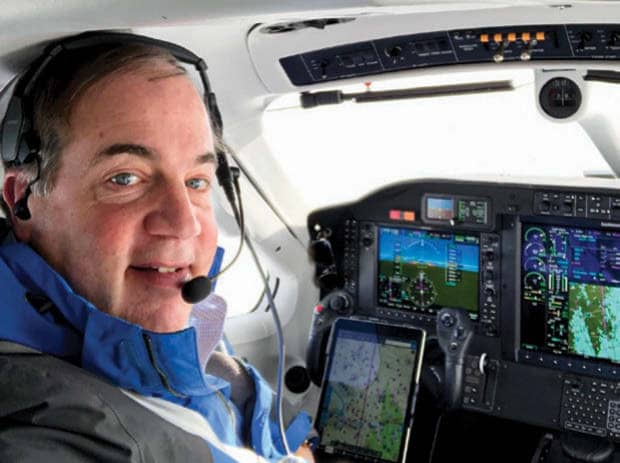 Six years later, with about 3,500 hours under his belt, Valeiras says he feels quite comfortable in the CJ and that Pickett deserves the credit for most of that sense of security. Despite single-pilot certification in both the Mustang and CJ, Valeiras admits, “A lot of times, I'll take a copilot.” On long coast-to-coast flights, “a copilot just makes my wife and I feel more comfortable. Recently though, it's been harder to find copilots because of the pilot shortage.”

Valeiras says that in addition to flying with a good mentor pilot for as long as it took, he joined the Citation Jet Pilots Association early in his Mustang training. “It's a great group of people. Their emphasis on safety has really improved the past few years,” he adds. “The nicest part of the CJP are the people. I've made a lot of friends all over the country. It’s just a really interesting group of people.” The CJP’s recent convention in Colorado Springs, Colorado, drew 520 attendees and more than 130 Citation aircraft.