The Women Who Changed Spycraft 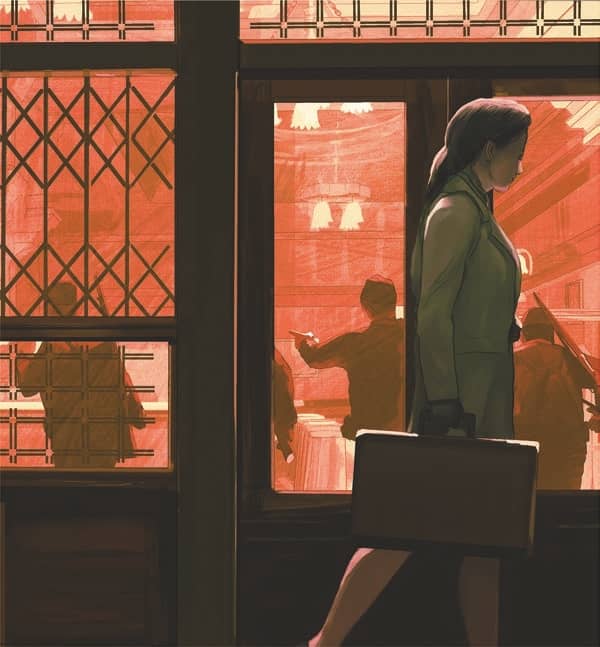 An old-boy operation was transformed during World War II, and at last the unsung upstarts are getting their due.

ARE WOMEN USEFUL AS SPIES? If so, in what capacity? Maxwell Knight, an officer in MI5, Britain’s domestic-counterintelligence agency, sat pondering these questions. Outside his office, World War II had begun, and Europe’s baptism by blitzkrieg was underway. In England—as in the world—the intelligence community was still an all-male domain, and a clubby, upper-crust one at that. But a lady spy could come in handy, as Knight was about to opine.

In a memo “on the subject of Sex, in connection with using women as agents,” Knight ventured that one thing women spies could do was seduce men to extract information. Not just any woman could manage this, he cautioned—only one who was not “markedly oversexed or undersexed.” Like the proverbial porridge, a female agent must be neither too hot nor too cold. If the lady is “under sexed,” she will lack the charisma needed to woo her target. But if she “suffers from an overdose of Sex,” as he put it, her boss will find her “terrifying.”

“What is required,” Knight wrote, “is a clever woman who can use her personal attractions wisely.” And there you have it—the conventional wisdom about women and spycraft. Intelligence officers had long presumed that women’s special assets for spying were limited to strategically deployed female abilities: batting eyelashes, soliciting pillow talk, and of course maintaining files and typing reports. Overseeing operations? Not so much.

Historically, women had indeed counted on their charms in practicing espionage, mostly because charms were often the only kind of weapon permitted them. During the American Civil War, when a group of elite hostesses relied on their social connections to gather intelligence for both sides, Harriet Tubman was an outlier who actually ran spying efforts. But the aggression, vision, and executive capacity required to direct an operation were not considered within the female repertoire.

Even as Knight was ordering his memo typed, however, change was at hand. World War II, a “total war” that required all able male bodies for global fighting, offered new opportunities. In the United States, “Wild Bill” Donovan recruited blueblooded women for his Office of Strategic Services, the forerunner of the CIA. Among them was the future chef Julia Child. But most OSS women were consigned to the secretarial pool, the “apron strings” of Donovan’s outfit, in his words. Those who went far beyond their brief—his secretary Eloise Page helped plan Operation Torch, the invasion of North Africa—got little recognition.

Europe presented more possibilities. Spy agencies were expanding to cope with the need for covert action in countries where insurrection had to be plotted under the noses of occupying Germans. The French Resistance called on women’s courage, as did the Special Operations Executive, or SOE, created by Winston Churchill to “set Europe ablaze” by planting bombs, stealing plans, and stoking internal opposition. Colloquially known as the Ministry of Ungentlemanly Warfare, the SOE sought agents willing to parachute into occupied France or be off-loaded by air or sea. Behind enemy lines, SOE operatives had to recruit locals as agents, establish networks, receive clandestine shipments, set up safe houses, manage communications, suss out traitors.