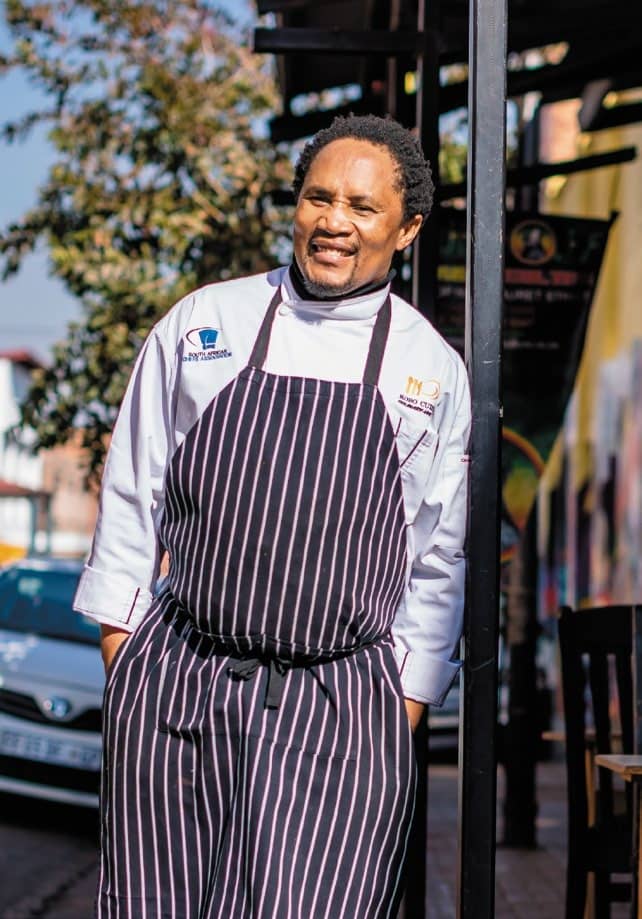 Africa’s fine flavours are deliciously diverse and epically ancient. Now, a new generation of chefs are offering innovative interpretations of the continent’s fabulous food genres. In this issue, the fourth of a five-part series, we savour the splendours of modern southern African gastronomy

Angola, Botswana, Comoros, Eswatini (formerly Swaziland), Lesotho, Madagascar, Malawi, Mauritius, Mozambique, Namibia, South Africa and Zimbabwe comprise the southernmost part of mainland and island Africa. Typified by cities and super-highways, as well as villages and mud tracks, they also have forests that merge into grasslands and deserts that become mountains, while rivers flow into seas. The region’s human history is equally layered as First Nation Bushman inhabitants were subsequently joined by Bantu-speaking people migrating from further north in Africa, then by European and Asian settlers. As such, the resulting food cultures are infused with a variety of influences and ancestry but, for every point of difference, there is also a striking similarity.

Across southern Africa, sorghum and millet were the original indigenous grains. In the modern era, maize has become the staple starch.

While meat is ceremonially significant, there is a wise South African Pedi proverb that states that “nama e a etela, morogo ke wa ka mehla” (meat is a visitor, whereas wild leaves are a daily food). Cape waterblommetjiebredie meets Creole flavour relatives in Madagascan spiced brède mafane leaves. The peppery tang of Zimbabwean muriwo (leafy greens) is balanced by the rich, soothing generosity of peanut butter, which also features in Malawian mtedza stew and Angolan kitaba, as well as chilli pastes.

In these clusters of core ingredients, culinary techniques and attitudes towards food, it is possible to identify a regional taste profile. Until recently, these fine flavours were found almost exclusively in a home-cooking context. Now, modern chefs are reimagining the regional gastronomic gems as restaurant cuisine. We catch up with two southern African chefs at the forefront of our food revolution to find out more about how they are taking their food to new and greater heights.