The Problem With The Purse 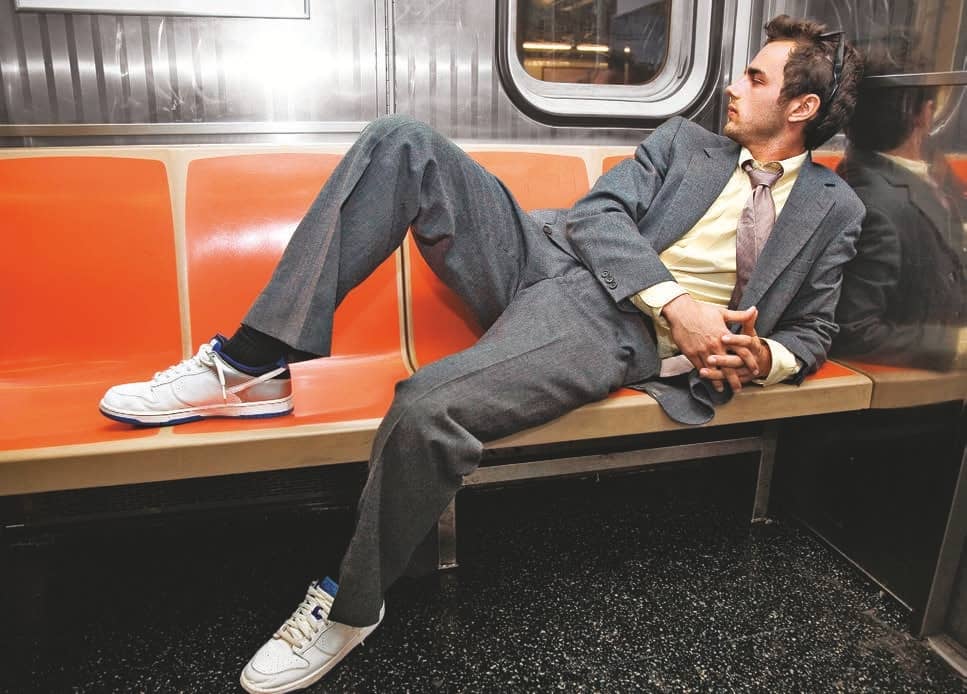 Men know it’s better to carry nothing. Why don’t women?

SEVERAL WEEKS AGO, I saw a young woman on the subway accidentally dump a full cup of iced coffee onto the seat next to her. To the rescue came every single other female in the car— digging into their bags, producing tissues and napkins, towels and wipes. Meanwhile, the men, each and every one, edged away from the scene and sat looking uncomfortably at their phones. Working together, the women on the train turned the puddle of coffee into a mountain of coffee-soaked paper, which the spiller took with her, smiling, triumphant, when she disembarked at Wall Street.

The incident left me thinking about whose job it is to clean up spills, the literal and also the metaphorical ones: the uncomfortable incidents that arise at work or at home. Why does it seem like spill-cleaning is women’s work?

A recent study by psychologists in Colorado and Texas showed that women are more prone to disgust and to displaying an aversion toward illness and lapses in hygiene than men are. Their explanation mirrored my thinking: Perhaps mothers rush to clean stuff up to protect their progeny from contaminants. Even women without children undergo lifelong acculturation toward motherhood, which prompts us to carry rags and burp cloths in our bags. (Or maybe, as humans who menstruate, we simply learn early to be ever vigilant against accidents.)

A friend of mine, a women’s-history professor, had a different idea. Women clean up because fashion allows it. She pointed to the size of women’s bags, which allows us—like Sherpas or packhorses—to lug around the tool kits of servitude. A woman is expected to be prepared for every eventuality, and culture has formalized that expectation. Online, lists of necessities proliferate: 12, 14, 17, 19, 30 things a woman should keep in her purse. Almost all include tissues, breath mints, hand sanitizer, and tampons—but also “a condom, because this is her responsibility, too.” (A woman’s responsibility for everyone else’s spills extends to the most primal level.)