All Eyes On Deck 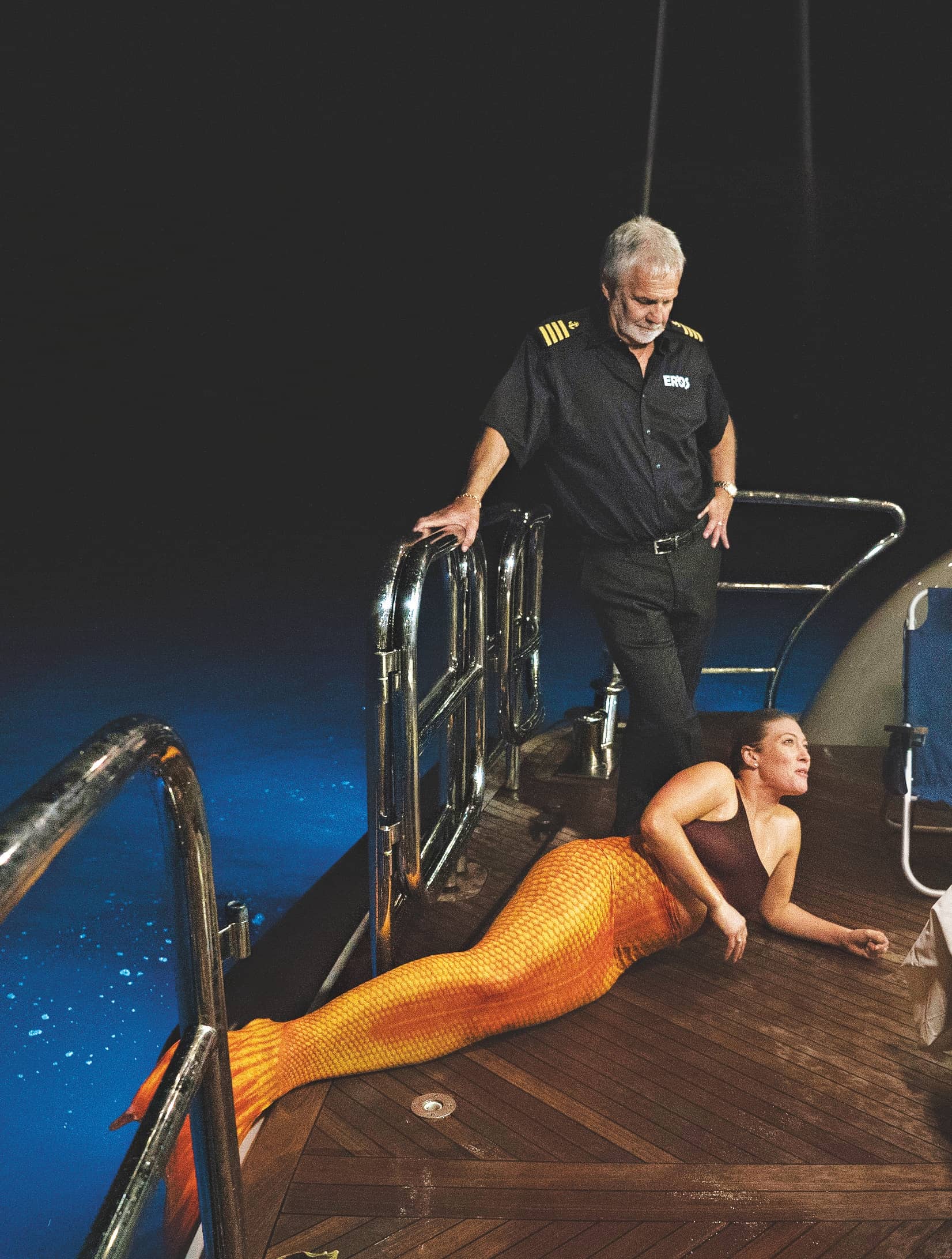 How Below Deck, a reality show pitched as Downton Abbey on a luxury Caribbean rent-a-yacht, became Bravo’s new flagship.

When Ashton Pienaar fell overboard during the filming of Below Deck’s sixth season, it almost ruined the party. A Sarasota real-estate agent named Brandy had chartered the 185-foot superyacht and its crew, which are the focal point of the Bravo reality show, so she and her “wild girlfriends” could celebrate their birthdays with “tequila in their hands at all times.” But enjoying those drinks had to be put on hold after a line tangled around Pienaar’s leg and yanked him off the boat.

The rope, towing a support boat called a tender, dragged Pienaar, a former bodybuilder and exotic dancer turned deckhand, by the ankle as he struggled to keep his head above water. Deckhand Rhylee Gerber called “Man overboard!” into her radio, Captain Lee Rosbach killed the propellers, and a cameraman stopped filming to loosen the line and help rescue him.

Three million people tuned in to the resulting episode, the 11th of the season, to see reality clash with “reality” and briefly be given real human stakes.

Below Deck stars a crew of young, good-looking men and women who work for Rosbach, their exacting boss, fighting and hooking up with each other while serving the needs of entitled, often drunk guests who’d paid tens of thousands of dollars to be indulged with foam parties, 12-course tasting menus, and ungodly amounts of green juice on a floating Mar-a-Lago. (In one episode, the family that inspired The Blind Side, the Tuohys, were aboard and requested a tailgate party.)

What differentiates Below Deck from a flotilla of other reality shows is the degree to which viewers are brought into an environment with its own vernacular and specialized skills, in which the stars have to actually work—and not in the manner of those on, say, Bravo’s Vanderpump Rules, where it doesn’t really matter if a patron gets his margarita on time.

That blend of setting and tension has quietly turned the show into a ratings dreadnought (by basic-cable standards). Season six was its most-watched, averaging almost 2.6 million viewers per episode; among audiences under 50, it was the No. 5 reality show on all of cable. The show’s first spinoff, Below Deck Mediterranean, has done nearly as well: Its third season averaged 2.4 million viewers in 2018, and its fourth (currently airing) is on track for the largest Below Deck audience ever. A second spinoff, set on a fancy sailboat, was announced earlier this year.

The idea for Below Deck came from co-executive producer Rebecca Henning, who, back in the ’90s, had worked on a yacht owned by a wealthy New York family. Years later, when she and her husband were working in TV, she pitched the show to Courtland Cox, the producer behind Rock of Love With Bret Michaels and Flavor of Love Girls: Charm School. Cox brought it to his boss Mark Cronin at the production company 51 Minds; they made a sizzle reel at the Fort Lauderdale yacht show with the help of Below Deck’s future chief stewardess Adrienne Gang.