Are These The Faces Of A New Brooklyn Dynasty? 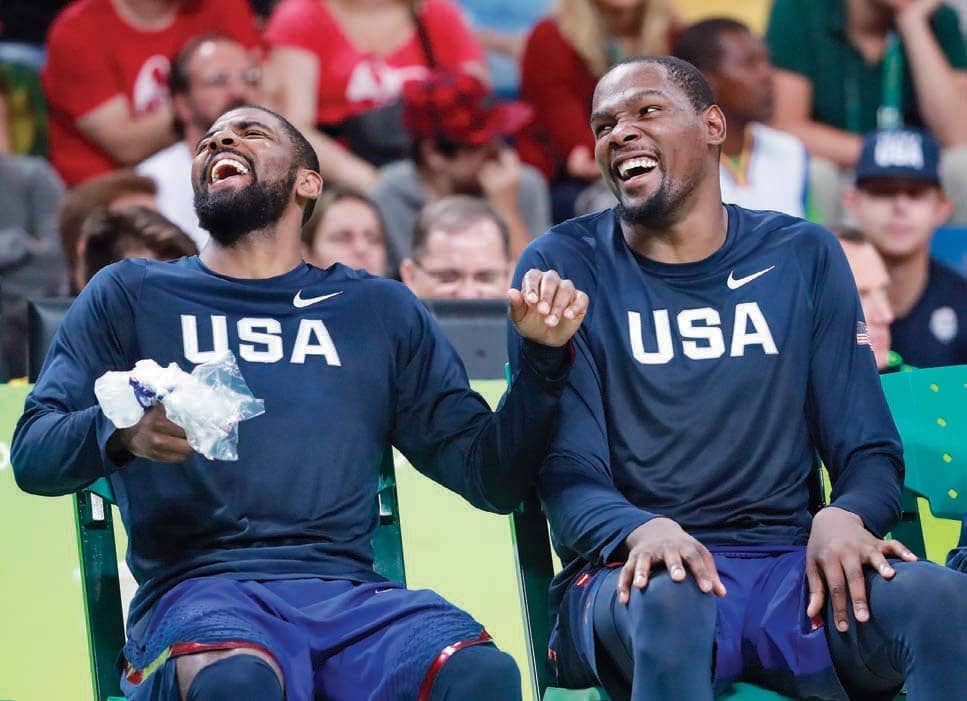 Maybe, but the Knicks and James Dolan may have the last laugh.

In 2010, a couple years before the Brooklyn Nets first came into existence—with a shiny new building, a business plan built mostly around real estate, and Bruce Ratner (remember him?) implanted as Public Enemy No. 1—the new Nets ownership put up a billboard across the street from Madison Square Garden. The billboard featured, narcissistically, two of the owners themselves—brash Russian billionaire (and future candidate for president of Russia) Mikhail Prokhorov and future inspiration for Lemonade Jay-Z—with the slogan blueprint for success. The message was clear, in typical swaggering New York City terms: The Knicks and the Garden have had their run, but the Nets and Barclays are the future. Seven years after that billboard went up, and five years after Barclays Center did, the Nets had the worst team in the NBA, Prokhorov was selling much of his share, and Jay-Z was cheering on the Warriors in the NBA Finals. Their mistake was acting like the Knicks: talking big, seeking headlines rather than smart investments, signing aging veterans to big dollars rather than young cost-controlled talent. They acted like the Knicks, and they failed like the Knicks.