Gandhi ‘The Man Of The Century'
150th Birth Anniversary

In the eyes of millions of his fellow Indians, Gandhi was the Mahatma “Great Soul”. The incredible adoration of the huge crowds that gathered to see him all along the route of his tours made it a severe ordeal, he could hardly work during the day or rest at night. His fame spread worldwide during his lifetime and only increased after his death. Mahatma Gandhi is revered the world over as one of history’s most transformative and inspirational figures. Throughout his life in South Africa and India, Gandhi was a fearless campaigner for the rights and dignity of all people, whose constant and unwavering promotion of nonviolence as a tool to win over hearts and minds had forever left its mark on the world.

Mohandas Karamchand Gandhi was born on October 2, 1869, at Porbandar, a small town in Gujarat, on the sea coast of Western India. He was born in the distinguished family of administrators. His grandfather had risen to be the Dewan or Prime Minister of Porbandar and was succeeded by his father Karamchand Gandhiji. His mother Putlibai, a religious person, had a major contribution in moulding the character of young Mohan.

He studied initially at an elementary school in Porbandar and then at primary and high schools in Rajkot, one of the important cities of Gujarat. Though he called himself a ‘mediocre student’, he gave evidence of his reasoning, intelligence, deep faith in the principles of truth and discipline at very young age. He was married, at the age of thirteen, when still in high school, to Kasturbai who was of the same age, and had four sons named Harilal, Ramdas, Manilal and Devdas. His father died in 1885. At that time Gandhiji was studying at Samaldas College in Bhavnagar.

It was hoped that Mohandas’s going to England and qualifying as a barrister would help his family to lead a more comfortable life. He sailed to England on September 4, 1888 at the age of 18, and was enrolled in ‘The Inner Temple’. It was a new world for young Mohan which offered immense opportunities to explore new ideas and to reflect on the philosophy and religion of his own country. He got deeply interested in vegetarianism and study of different religions. His stay in England provided opportunities for widening horizons and better understanding of religions and cultures. He passed his examinations and was called to join the Bar on June 10, 1891. After two days he sailed for India.

He made unsuccessful attempts to establish his legal practice at Rajkot and Bombay. An offer from Dada Abdulla & Company to go to South Africa opened up a new chapter in his life. When Gandhi arrived in South Africa, he was quickly appalled by the discrimination and racial segregation faced by Indian immigrants at the hands of white British and Boer authorities. Upon his first appearance in a Durban courtroom, Gandhi was asked to remove his turban. He refused and left the court instead. The Natal Advertiser mocked him in print as “an unwelcome visitor.” 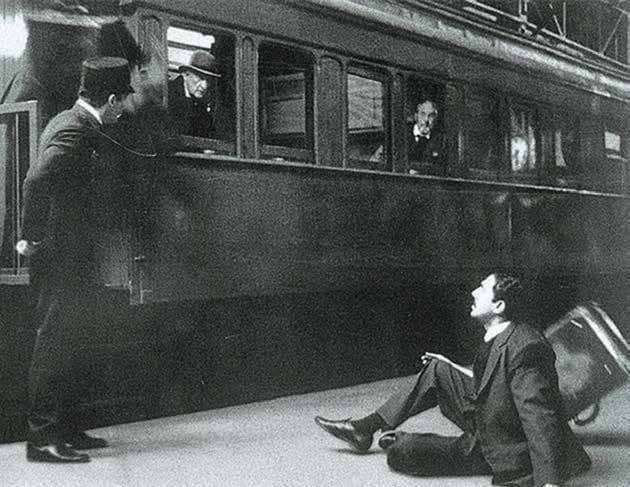 A seminal moment occurred on June 7, 1893, during a train trip to Pretoria, South Africa, when a white man objected to Gandhi’s presence in the first-class railway compartment, although he had a ticket. Refusing to move to the back of the train, Gandhi was forcibly removed and thrown off the train at a station in Pietermaritzburg. Gandhi’s act of civil disobedience awoke in him a determination to devote himself to fighting the “deep disease of colour prejudice.” He vowed that night to “try, if possible, to root out the disease and suffer hardships in the process”.

He united the Indians settled in South Africa of different communities, languages and religions, and founded the Natal Indian Congress in 1893. He founded Indian Opinion, his first journal, in 1904 to promote the interests of Indians in South Africa. Influenced by John Ruskin’s Unto This Last, he set up Phoenix Ashram near Durban, where inmates did manual labour and lived a community living. In 1906, the Transvaal government sought to further restrict the rights of Indians, and Gandhi organized his first campaign of ‘satyagraha’, or mass civil disobedience. In 1913, to protest against the imposition of 3 Pound tax and passing immigration Bill adversely affecting the status of married women, he inspired Kasturbai and Indian women to join the struggle. Gandhi organized a march from New Castle to Transvaal without permit and courting arrest. After seven years of protest, he negotiated a compromise agreement with the South African government. Gandhi had sailed to South Africa as a young inexperienced barrister in search of fortune. But he returned to India in 1915 as ‘Mahatma’.