Not A Toy Story 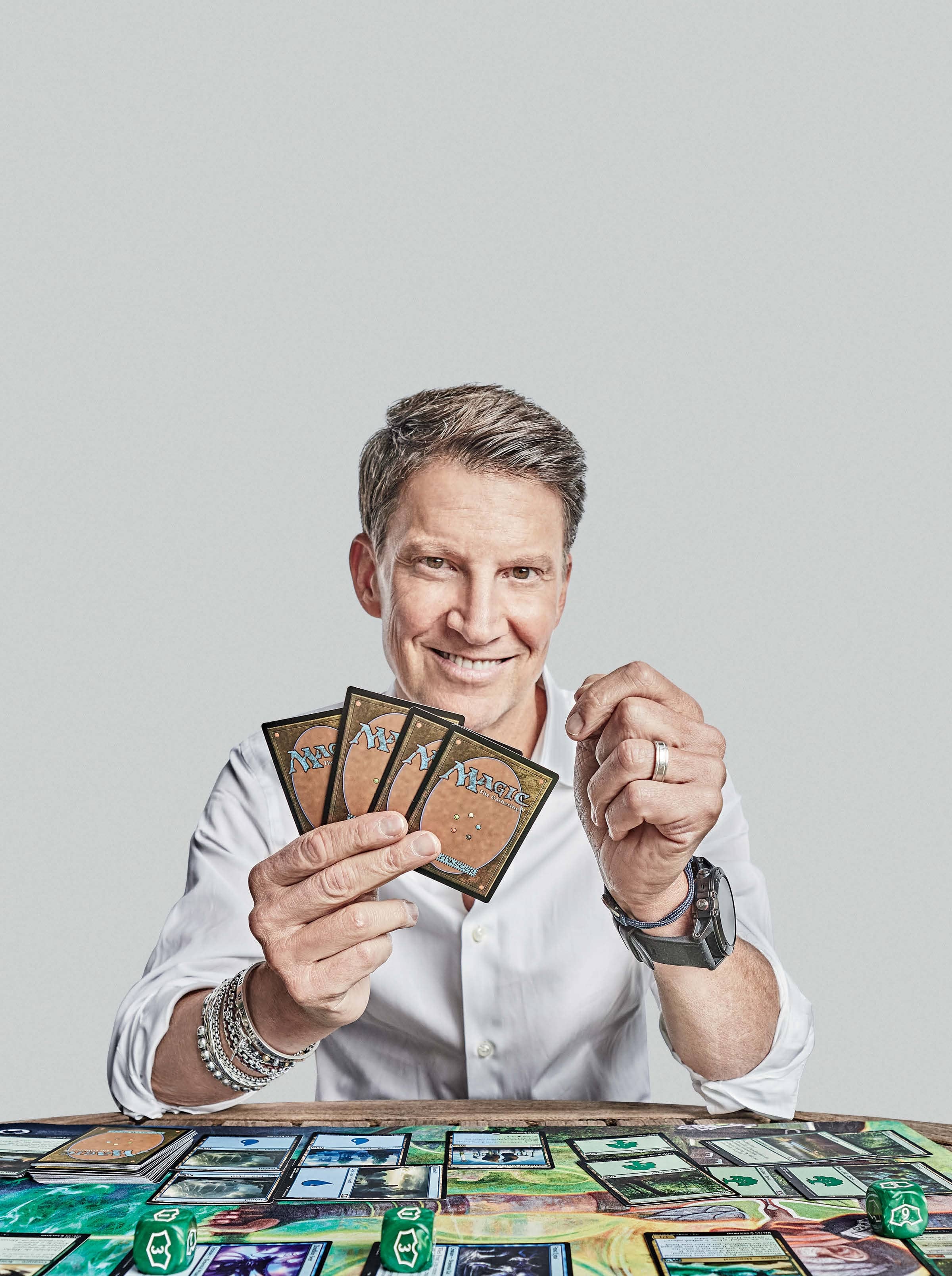 â€‹It’s Friday night and The Uncommons in Manhattan’s Greenwich Village is running at full tilt. A few dozen people—kids, college students, adults—fill every corner of the meandering space that’s part café, part game shop. Seated shoulder to shoulder, they fill the room with the sounds of Magic: The Gathering, the 26-year-old collectible card game owned by Hasbro, the world’s most valuable toy company.

In an age of Fortnite, League of Legends and stadium-filling esports tournaments, the chatter seems to come from another time. Players arm themselves with decks of 60 cards, each one featuring a deadly fantasy creature or a fiendish spell, with 20,000 unique cards up for grabs. It’s easy to learn but infinitely deep. More importantly for Hasbro CEO Brian Goldner, it has a rabid, and profitable, following. In total, some 38 million people have played Magic since its release in 1993, and in 2017, the game accounted for an estimated $500 million in sales, according to KeyBanc Capital Markets.

“We’ve always been a management team that’s taken the longer view,” says the 56-year-old Goldner, who joined the Pawtucket, Rhode Island-based company in 2000 as the head of toys and games, and took over as CEO in 2008. “Any moves we make in the future, it’s with an eye to where the consumer and audience is going to be in three to five years, not three to five weeks.”

Goldner has built his career both by carefully stewarding old franchises like Magic and Dungeons & Dragons and by turning toys like My Little Pony and Transformers into television and movie stars. Goldner calls it the “brand blueprint” strategy: Nurture your own brands, build audiences around them and push them onto riskier, but more lucrative, platforms.

He sold off Hasbro’s factories, pushing all of that messy, low-margin manufacturing work onto third parties. Revenue hit a record $5.2 billion in 2017, the year before Toys “R” Us died and Hasbro saw a 12% drop in revenue. Even in that annus horribilis Hasbro managed to eke out a profit of $220 million on revenue of $4.6 billion. That same year, its archrival Mattel lost $531 million on revenue of $4.5 billion. Under his leadership, Hasbro shares have returned twice that of the S&P 500, hitting a record high in July. In all, Goldner’s performance has been good enough to earn him the 96th spot in our first ever ranking of America’s most innovative corporate leaders.