The Powerlifter Of Positivity 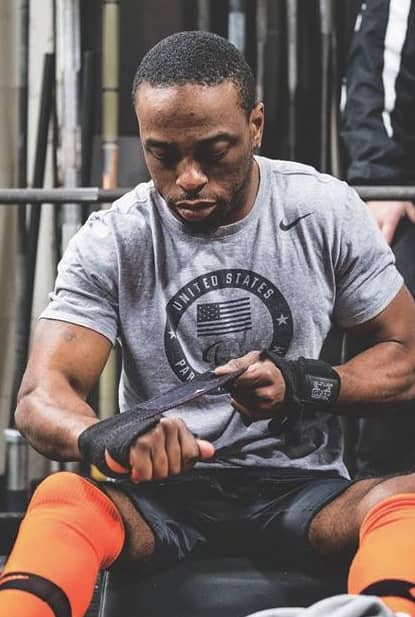 A gunshot wound took GARRISON REDD’s ability to walk but left him with the strength and motivation to become a world-class powerlifter.

At 17 years old, Brooklyn born Garrison Redd was a standout football player and the sixth-best rusher in the state of New York. Then a random gunman shot him, and a .38-caliber bullet tore across his thoracic spine, injuring his T12 vertebrae and leaving him wheelchair-bound.

Many people would have thrown in the towel or fallen into a depression. Redd, with help from family and friends, kept his spirits up and remained motivated to make a difference.

In recent years, he’s done that through a TEDx Talk centered on finding the good in bad situations and, most notably, by founding the Garrison Redd Project, a nonprofit that supports disabled individuals.

What’s next on the 30-year old's agenda? Claiming gold at the 2020 Paralympic Games in Tokyo, he hopes. At 120 pounds, Redd can put up an impressive 305 pounds on the bench press. And having already been selected to Team USA’s Paralympic power lifting squad in February 2019, he’s training hard to secure a spot on the Olympic team.

Redd was a recent guest on the Muscle & Fitness podcast, M&F Reps, in which he discussed his story and his training and revealed how he plans to achieve all his lofty goals.

How did you get injured?