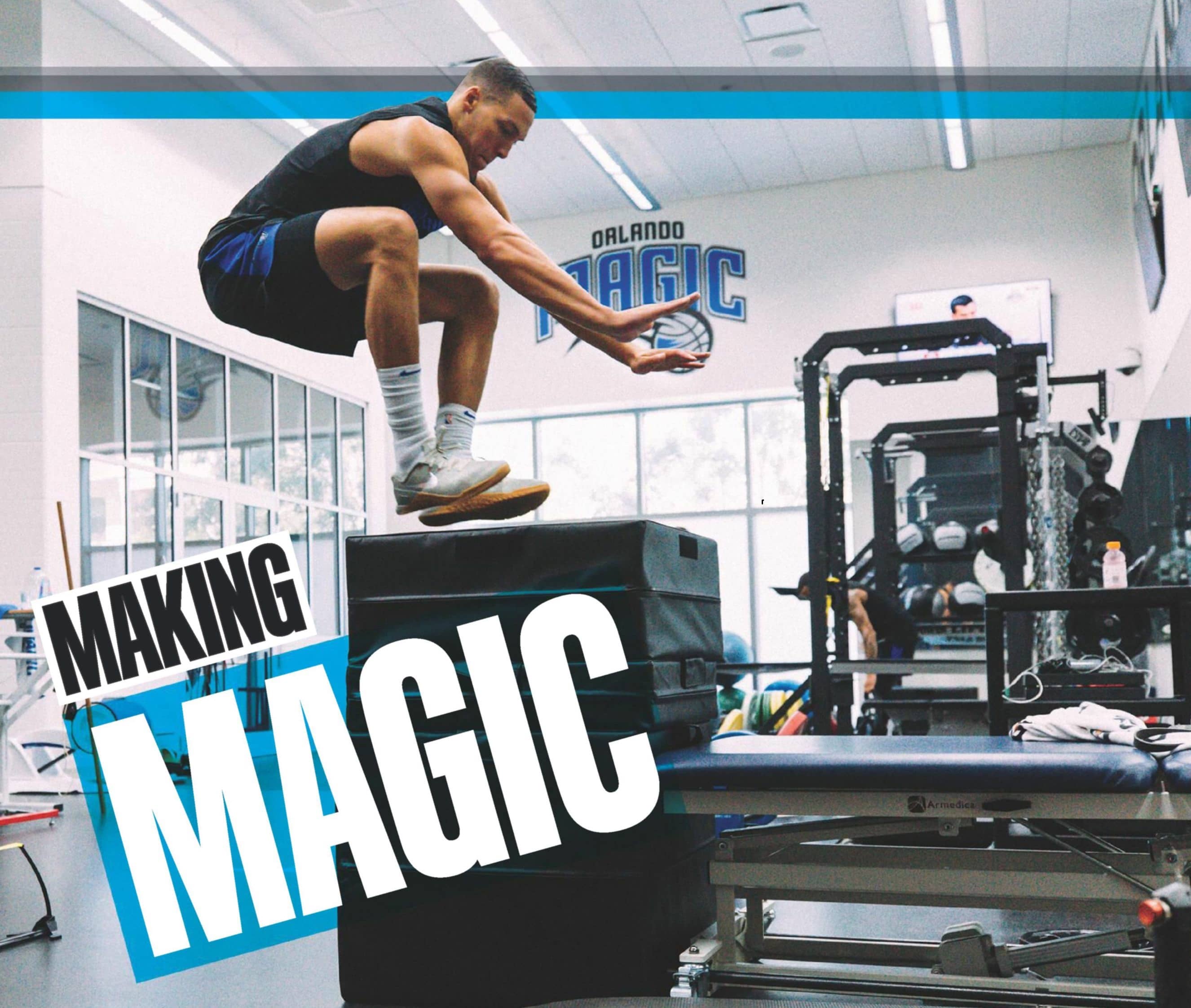 They’ve never won an NBA championship, but with fresh blood, a revitalized strength and conditioning program, and plenty of grit, the Orlando Magic are looking to turn things around.

THE NBA IS A BIG BUSINESS.

According to Forbes, each team in the league is now worth more than $1 billion, and the Orlando Magic rank as the 19th most valuable of the 30 franchises, coming in at around $1.2 billion. As with any business, the goal is growth. In the NBA, growth comes in the form of tickets—and you need wins to sell tickets.

Since the team’s inception in 1989, the Magic have managed to win two conference and five division titles, with two appearances in the NBA Finals since 1995. And last year they accumulated a record of 25–57 (a .305 winning percentage). The point is: They have some work to do in order to become a more top-tier organization. But they’re on it. This year, the front office is banking on a coaching shift (including new head coach Steve Clifford), an influx of youth, and a topnotch, revamped performance staff to lead the charge to win. As of this writing, the Magic’s changes have garnered them a .500 record, including a win over the LeBron-era Los Angeles Lakers. Not bad. Here’s how they’re making it happen.