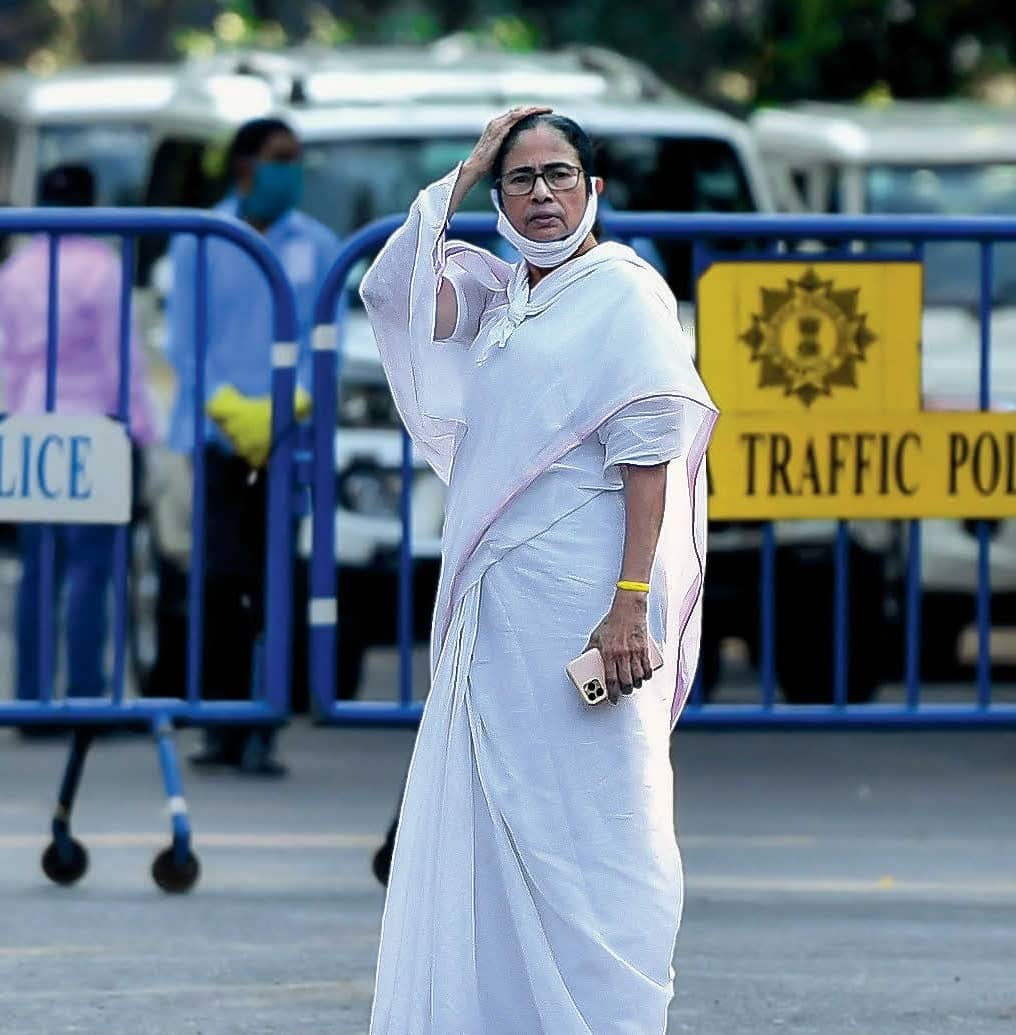 With low testing and the highest Covid-19 mortality rate in the country, West Bengal could be staring at a public health disaster. THE WEEK takes a look at how things came to a head in the state

On March 19, as Prime Minister Narendra Modi announced a Janata Curfew to tackle the Covid-19 pandemic, West Bengal seemed preoccupied with the Citizenship (Amendment) Act and its attendant politics. Though Chief Minister Mamata Banerjee did not object to Modi’s decision, many shops remained open on March 22, the day of the curfew. The same day, Banerjee declared a lockdown in West Bengal till March 27, signalling that the state would decide on all pandemic-related measures.

At the time, both Banerjee and the state BJP were chalking out plans for next year’s assembly elections. While many BJP leaders were slated to visit the state, Banerjee was preparing to head to north Bengal, where her party was routed in the 2019 Lok Sabha elections. She was banking on the anti-CAA sentiment in the state, and her new strategist, Prashant Kishor, was keenly monitoring the situation.

Elsewhere, a storm was brewing. As Covid-19 cases started increasing in March, many factories across the country began releasing workers and shutting down. Amid the panic and chaos, a large number of Bengalis had to return home. “There was no way I could stay there (Kerala),” said Tofajjal Sheikh, a young man from Lalgola in Murshidabad. “I was working in an agro-farm near Kasargod. My employer asked me to go back home as many other employees were also running a fever. I came to Lalgola on March 12.”

Thousands of others also returned, but medical checks at the stations were reportedly lax. “I was alarmed to see how migrants were treated,” virologist Amitava Nandy told THE WEEK. “They were all coming from highly infected zones and were released after being given hydroxychloroquine (HCQ). This is absurd and unimaginable. HCQ has no role at the pre-exposure level. Even in full-blown patients, it does not kill the virus but only reduces symptoms. They should have been sent for institutionalised quarantine.”

Hundreds of students from Rajasthan, Kerala and Maharashtra, who returned in buses and trains, were also given HCQ and allowed to go home to various parts of the state.

“We are unable to track the virus because the way it is mutating is alarming,” said Nandy. “It has a certain character in one place, but just 5km away, it is mutating in such a way that the old antibodies fail to tackle it.”

When the Modi government first extended the lockdown till April 30, Banerjee said her state would also do so, but with a human face. Bengal kept open markets and gave relaxations to labour-intensive sectors like tea and jute. However, people violated social distancing norms in these places, which could have worsened the situation in the state. 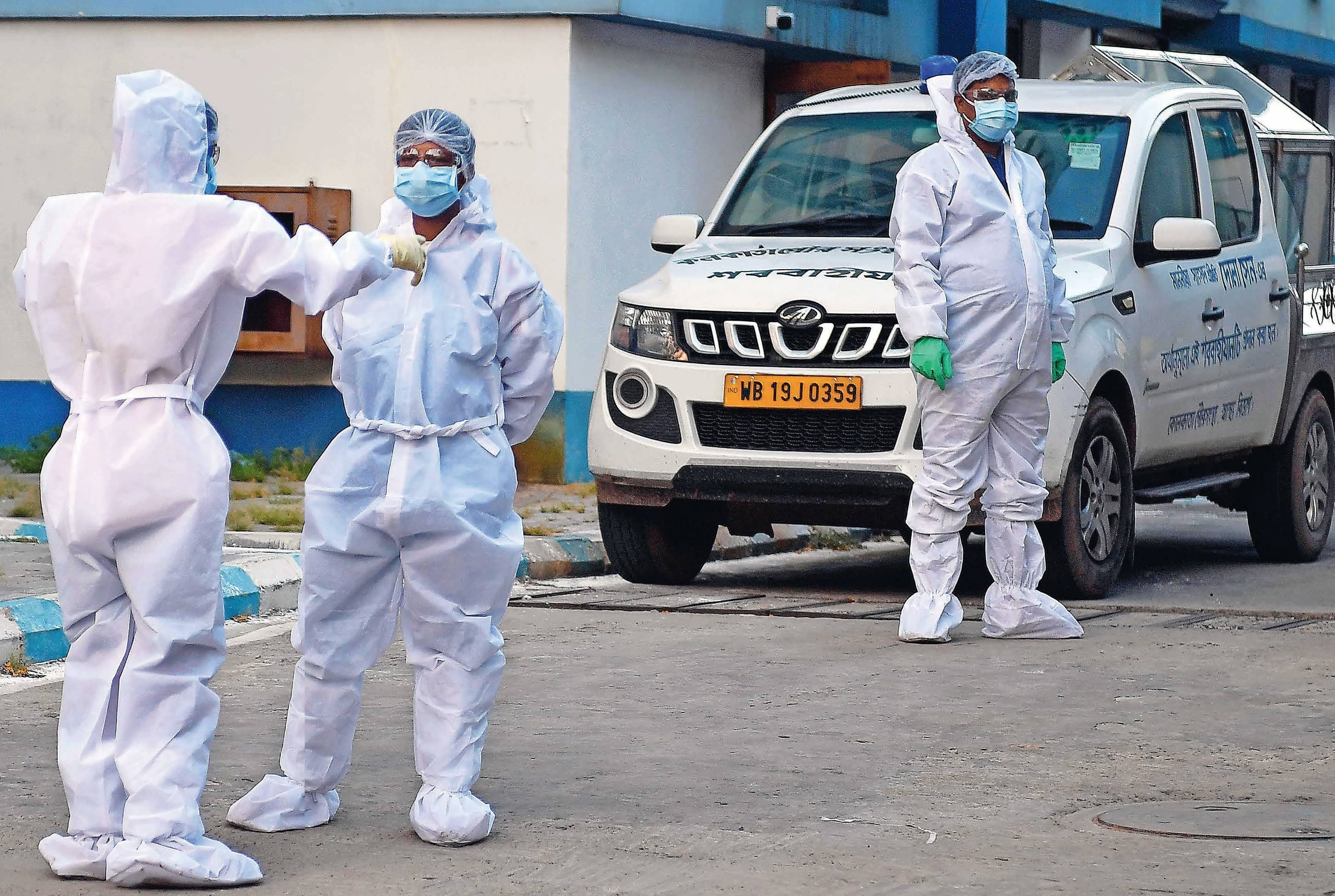 Bengal was also reportedly late in tracking down those who had attended the Tablighi Jamaat event in Delhi, which later became a Covid-19 hotspot. According to news reports, the state began identifying the attendees only on March 31, nearly 10 days after the event had ended.

A large number of people from Kolkata, Howrah, South 24 Parganas, Hooghly, North 24 Parganas, Malda and Murshidabad had gone to the Tablighi markaz (centre). The Bengal government, however, officially detected only 73 attendees, who came to it voluntarily. “If Assam could detect 500 cases within three days and altogether 800 cases, why could the Bengal government not go beyond 73?” asked state BJP president Dilip Ghosh. “Apart from migration, the Tablighi returnees are the major reason for infections in the rural belt. The government knew it and did nothing.”

BENGAL WAS REPORTEDLY LATE IN TRACKING DOWN THOSE WHO HAD ATTENDED THE TABLIGHI JAMAAT EVENT IN DELHI, WHICH LATER BECAME A COVID-19 HOTSPOT.

But there were also some who supported Banerjee. “The chief minister dealt with the Tablighi issue correctly,” said Syed Zamirul Hasan, state president of the All India Majlis-e-Ittehadul Muslimeen. “They (Tablighis) are known for their cleanliness. It is a pity that the Centre and many other governments gave them a bad name and ill-treated them.”

Nevertheless, people living in certain parts of central Kolkata like Park Circus and Taltala—where many Tablighi Jamaat followers from Uttar Pradesh and Bihar are said to be staying—told THE WEEK that they saw many bodies being taken out from their areas recently.