Kevin Plank built Under Armour into a $4 billion behemoth. He's just spent almost $1 billion to get into an entirely new business. Can this decade's most unlikely tech startup beat Nike?

“Have you seen Kevin’s whiteboards?”

If you spend any time at Under Armour head quarters, you’ll hear that question again and again. Founder and CEO Kevin Plank really likes whiteboards,and his favorite use for them is to write out leadership maxims for his team. Inside and outside his office, whole walls of floor-to-ceiling whiteboards contain dozens of curt principles he’s scrawled over the years: Expedite the inevitable. Perfection is the enemy of innovation. Respect everyone fear no one. 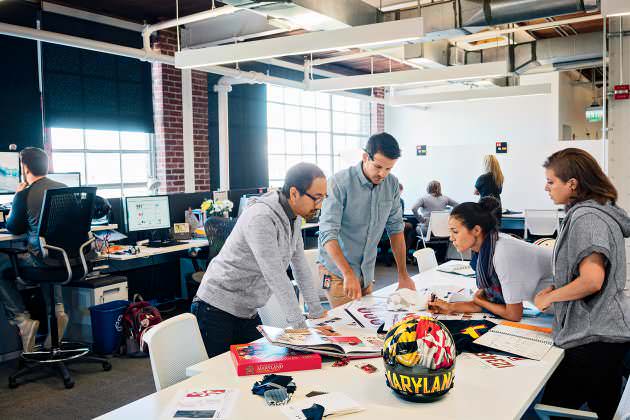 These commandments are meant not as simple inspiration or hard rules, he says, but together make up a system of “guardrails” that allow everyone under him to operate as entrepreneurs by channeling his thinking. The Plank principles are drilled into new employees during a weeklong orientation, and they’re painted all over the hallways at company headquarters, a former Procter & Gamble factory on the Baltimore waterfront. Think like an entrepreneur. Create  like an innovator. Perform like a teammate.

Plank has the affect and intensity of a head coach—direct eye contact, military analogies, the air of someone you do not want to disappoint. “Winning is a part of our culture—it’s who we are,” he says in his lofty office overlooking the harbor. (The only artwork behind his desk: a giant UA logo, its letters stacked to evoke arms raised in victory.) “And culture is formed on habits. Perhaps the most important guardrail, and the company’s official mission, is seeking to “make all athletes better.” It has long equaled thinking about clothes as high-performance gear, but recently it’s taken on a big new meaning.

Over the past two years, Under Armour has spent close to $1 billion buying and investing in three leading makers of activity- and diet-tracking mobile apps. By doing so, the company has amassed the world’s largest digital health-and-fitness community, with 150 million users. Plank envisions all of those users, and their metrics, as a big data engine to drive everything from product development to merchandising to marketing. Many observers, though, balked at the $710 million cost of the acquisitions, questioning whether Under Armour could quickly produce any return on investment—two of the three companies were unprofitable—let alone succeed in a space that shares little with making shirts and shoes. Longtime staffers worried the moves would crimp company performance, affect bonuses, or divert focus from the core business. Plank spent more hours than he cares to count, including a large chunk of his winter vacation last year, in one-on-one conversations to persuade them other wise. “It was important,” he says, “that this not just be my decision.”

Plank likes to say that the key to Under Armour’s success is that he never focused on all the reasons it couldn’t happen. A former Division 1 college football player, Plank famously boot strapped Under Armour’s launch in 1995 armed with one simple insight: The cotton undershirts football players wore under their pads slowed them down when they became soaked with sweat. After prototyping a moisture-wicking, formfitting alternative—made of fabric for women’s undergarments—and testing it on ex-teammates, Plank set up shop in his grandmother’s basement and, just before he went broke, scored his first big sale, to Georgia Tech. The company went on to create a whole new market for performance apparel, IPO’d in 2005, and now sponsors some of the world’s greatest athletes, including Jordan Spieth, Stephen Curry, and Lindsey Vonn.

Today, Under Armour has 13,500 employees around the world and nearly $4 billion in revenue. But Plank is still every bit the entrepreneur, chasing audacious dreams—chief among them over taking Nike as the world’s largest sportswear maker. Under Armour leap frogged the longtime number two, Adidas, in 2014, but Nike remains far larger, with more than $30 billion in revenue in 2015. Which is part of why Plank wants to move so aggressively. Nike has about a fifth as many users on its Nike+ platform as Under Armour does on its apps, and in 2014 the shoe giant shut down its Fuel Band fitness-tracker business.

The real work is only beginning,though, as Plank has adopted the kind of world-changing ambitions more common to a Google or Facebook. He envisions that Under Armour Connected Fitness will “fundamentally affect global health.” This month—doubters be damned—the company will start selling a pair of biometric fitness devices and a smart scale made in partnership with the Taiwanese smartphone company HTC. The move will put Plank in direct competition with Fitbit and Apple in the fast growing wearables market. It’s a bold, characteristically Plankian bet—and a “very risky” one, says Morningstar retail analyst Paul Swinand. (Morningstar and Inc. are both owned by Joe Mansueto.)

“Under Armour has been a phenomenal success story,” Swinand says. Its stock has risen steadily—almost 2,000 percent in the decade since its IPO. “But when you’re hitting a home run every quarter on the core apparel business, why mess around with a moon shot?”

Plank rarely admits to much uncertainty or doubt, so it’s telling that he echoes Swinand in describing Connected Fitness’s ambitions as a “moon shot.” But another of his whiteboard sayings comes to mind, this one courtesy of his friend and former U.S. Special Operations commander Admiral Eric Olson: Nobody ever  won a horserace by yelling “Whoa!”

ROBIN THURSTON, co-founder and then CEO of Austin based app maker MapMy Fitness, got his first taste of Plank’s high-speed force-of-will approach when the Under Armour founder cold-called him in July 2013. Plank explained that he loved Thurston’s app MapMyRun. “I run five miles three times a week, I log everything, I look up routes when I travel,” Plank began. “What are you doing with the company?” 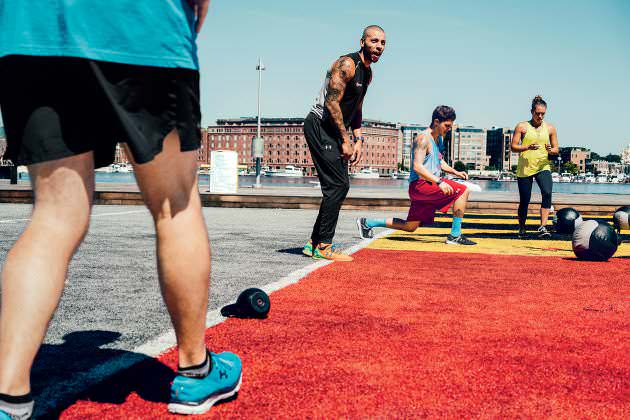