The Curious Woman's Guide To Cannabis 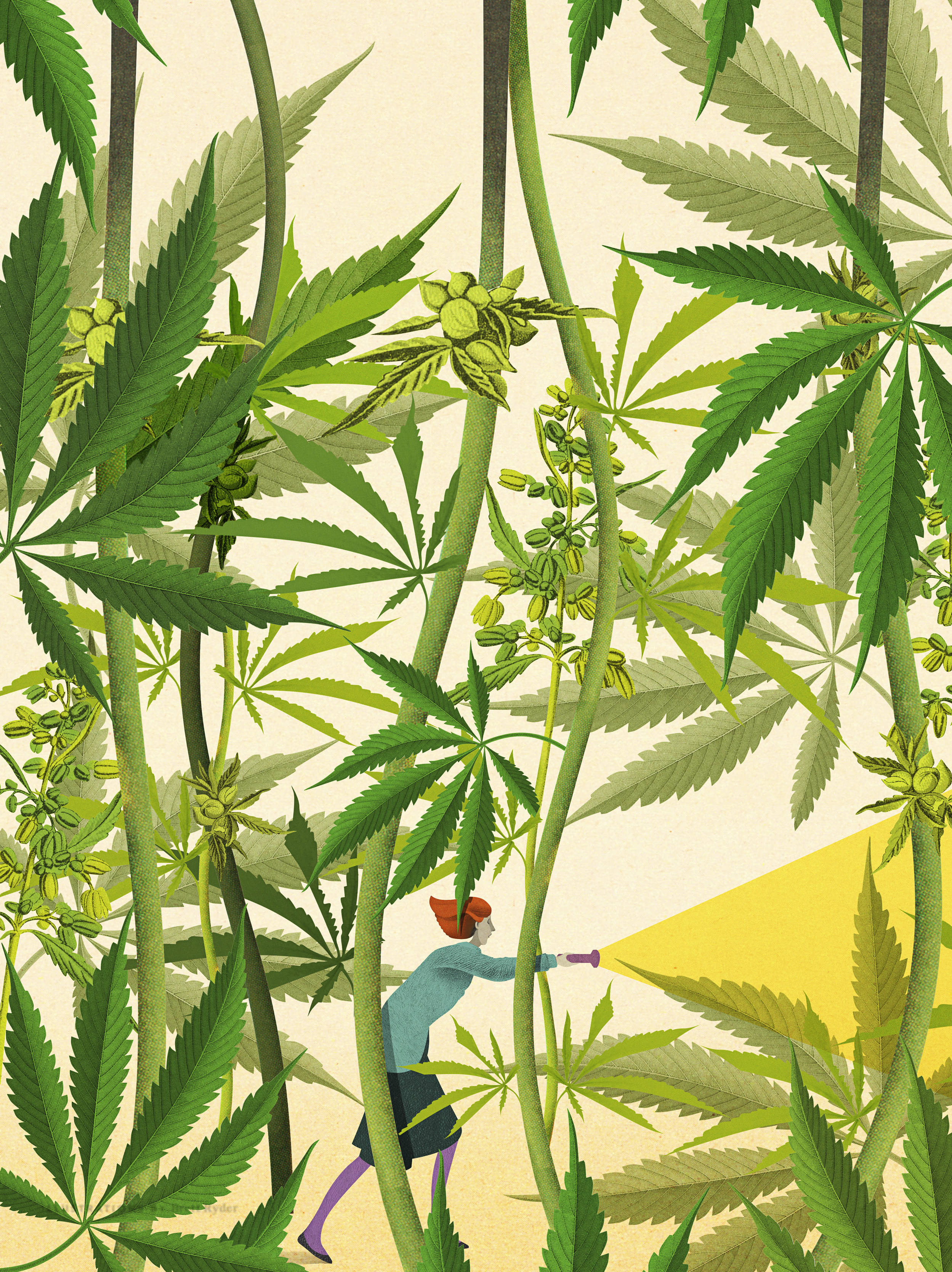 What you need to know about CBD, THC, and the plant formerly known as marijuana.

YOU CAN SMOKE IT, vape it, sip it, or spritz it. You can bake it into brownies. You can find it in lotions and potions to rub on your skin, tinctures to drop under your tongue, capsules to swallow, or oils that have been added to your latte or ice cream. Cannabis is everywhere these days, and to hear its proponents talk, it’s the fix for everything that might ail you. But is it? And do you need a degree in medicinal plant studies (yes, that exists) to know your CBD from your THC?

A quick primer: The cannabis plant contains more than 100 chemical compounds, known as cannabinoids, some of which can affect how we feel and think. The most famous are tetrahydrocannabinol (THC), which produces a euphoric feeling and alters sensory perception, and cannabidiol (CBD), which is nonintoxicating but may be potent in other ways. Both hemp and marijuana are varieties of cannabis, but hemp has a very low concentration of THC, while marijuana’s is, no pun intended, much higher. The type and amount of cannabinoids in any given plant vary widely depending on the plant’s strain and how it’s grown; they help determine whether a cannabis product will perk you up, settle you down, or land you somewhere in between.

Smoking pot leads to an almost-immediate high; in edible form, effects are delayed for 30 minutes to an hour but may be more intense, longer lasting, and, in some cases—especially if you overindulge—decidedly unpleasant (nausea, paranoia, even hallucinations).

Of course, cannabis has the potential to do much more than alter your consciousness. Yet because the plant’s longtime illegal status (see “Canna-Busted?,” right ) stunted medical research, there’s still a lot to learn about its effectiveness. We’ve rounded up some of the most common cannabis claims to see which are solid and which may be as wispy as smoke.