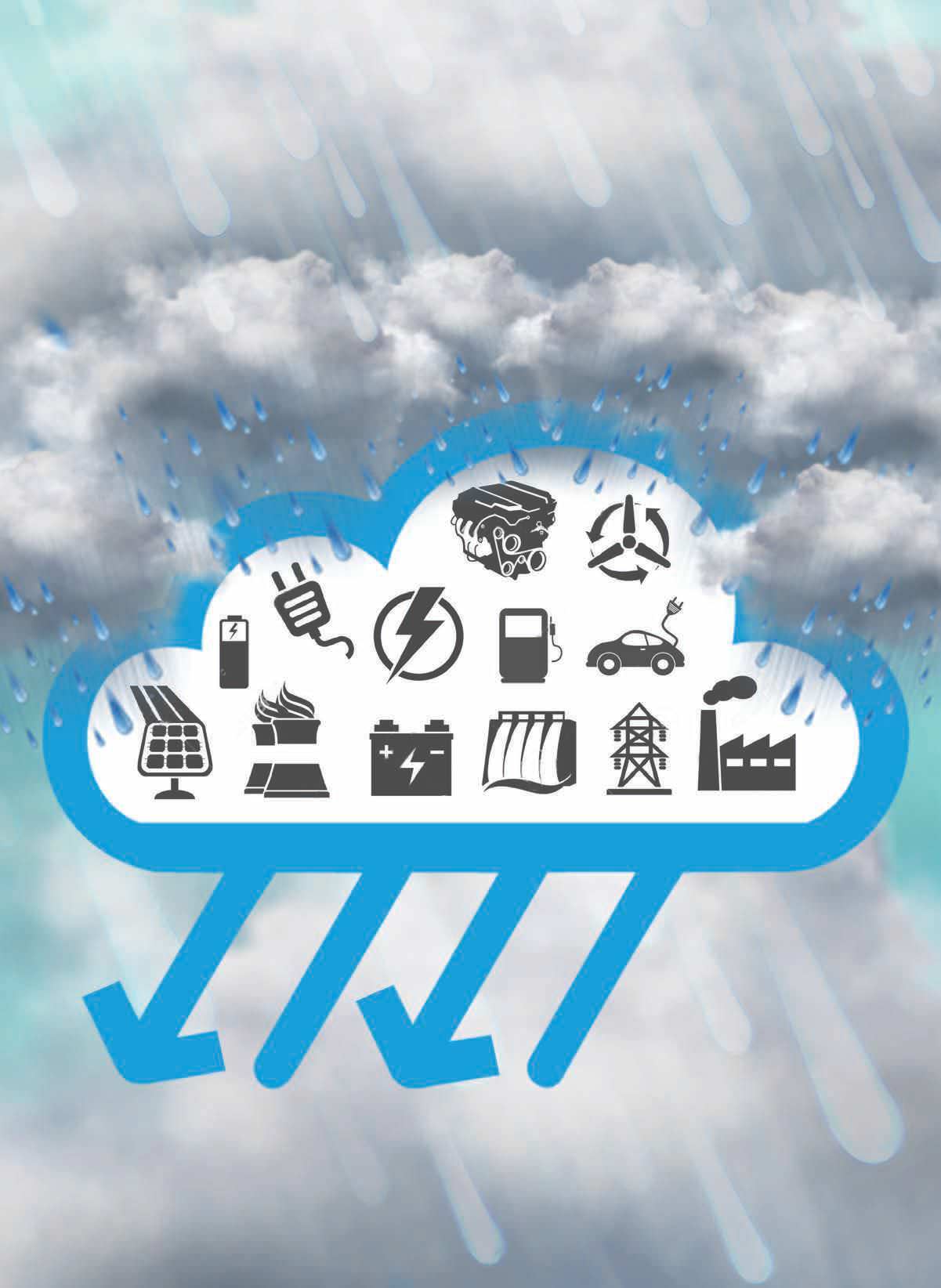 Copious monsoon has turned out to be a boon for hydro and wind power segments, while it was a bane for coalbased power and solar plants.

After enduring two consecutive years of drought, the monsoon in India has been recorded as ‘normal’ in 2016, at just 3 per cent below the long term average. The monsoon, which spans from June to September, is said to be normal when rainfall is between 96-104 per cent of the long term (50 year) average of about 88 centimetres. Comparatively, in 2015, the southwest monsoon ended with a rain shortfall of 14 per cent, the worst since 2009. This sends good news to those associated with the country’s agriculture sectors that have been too long in the gloom.

While 2015 was an El Nino year that resulted in weak monsoons and droughts in several regions of the country, 2016 could be termed the opposite - a La Nina year – that will bring bumper harvests due to better rainfall. For the first time in 3 years, rains were well-distributed in the just concluded season. The temporal and spatial distribution of rainfall is crucial in determining its impact on food production. Only 33 per cent of the districts saw deficient rains, compared with 49 per cent in 2015 and 46 per cent in 2014. Importantly, most of the deficient districts are either well-irrigated or not important agriculturally.

After a slow start in June, rains caught up and boosted reservoir levels from the lows seen at the beginning of this fiscal, and provided the much need confidence to farmers. Not surprisingly, area coverage under kharif crops has risen to 1,060 lakh hectare compared with 1,052 lakh hectare last year.

The success of the monsoon will play a vital role in shaping India’s economy. The gross domestic product (GDP) growth, food prices, consumer spending and interest rates are all areas that can be influenced by the rains.

As good monsoon rains reduce the need to use the fuel in irrigation pumps, the demand in the country for diesel and diesel pump sets and engines is said to have nose-dived.

On the other hand, hydel reservoirs, brimming with water, are able to operate at full capacities at many places. But this has led to many coal-based thermal stations going out of operation due to lack of demand for power. However, in a few months, once the harvest is over, rural demand for power is expected to go up steeply, with rural incomes looking up.

That way, the monsoon that had been good temporally and spatially during the current year, has impacted various segments of the power sector, either positively or negatively. A good monsoon also alters the Power Sector scenario by altering the stereotype patterns. Let us look into these changing dynamics.

“With the advent of monsoon and ample rainfall, the reservoir storage situation has improved this season. Data till September 22 indicates reservoir storage was 17 per cent higher year-on-year,” said Dharmakirti Joshi, Chief Economist, CRISIL Ltd in a report.

Thus, an adequate monsoon this year has resulted in higher levels of hydro-power generation. The share of hydro-power in the country’s total power generation increased to 15 per cent in July from 10 per cent in May, according to the generation data. According to estimates, on an average, 20,000 MW of power was being injected from hydel sources during the monsoon by July-end, out of the total hydro capacity of 43,112 MW of installed capacity at end-September 2016.

India’s hydro power generation capacity is mostly concentrated in the Himalayan regions, and these generating stations are fed from the glaciers. “Due to this reason, the hydro power sector did not see a significant uptick at a country level as would be expected by many. At a state-level, however, many hydro-power rich states like Karnataka, Andhra Pradesh, Kerala etc., have benefitted,” said Aditya Ravidran, Associate Consultant, Feedback Business Consulting Services Pvt Ltd.