Insurgencies Of North East
Drawing from his vast military experience, SHOKIN CHAUHAN outlines the evolution of the violent agitations in strategically the most sensitive region of the country
Shokin Chauhan

Northeast India is the easternmost region of India and comprises eight states of Arunachal Pradesh, Assam, Manipur, Meghalaya, Mizoram, Nagaland, Sikkim, and Tripura. The Siliguri Corridor in West Bengal, with a width of 21 to 40 km (13 to 25 miles), connects the North Eastern region with mainland India. The region shares an international border of 5,182 km with the neighbouring countries, 1,395 km with Tibet Autonomous Region at China in the north, 1,643 km with Myanmar (Burma) in the east, 1,596 km with Bangladesh in the south-west, 97 km with Nepal in the west and 455 km with Bhutan in the north-west. It comprises an area of 262,230 square km, almost 8 percent that of India.

This region is also home to some of the Indian subcontinent's last remaining rainforests, which support diverse flora and fauna and several crop species. Numerous reserves of petroleum and natural gas exist in the region and are estimated to constitute a fifth of India's total potential. This region is covered by the mighty Brahmaputra-Barak river systems and their tributaries. Geographically, apart from the Brahmaputra, Barak and Imphal valleys and some flatlands in between the hills of Meghalaya and Tripura, the remaining two-thirds of the area is hilly terrain interspersed with valleys and plains.

Northeast India has over 220 ethnic groups and an equal number of dialects. The hills states in the region like Arunachal Pradesh, Meghalaya, Mizoram, and Nagaland are predominantly inhabited by tribal people with a degree of diversity even within the tribal groups. The region's population results from ancient and continuous flows of migrations from Tibet, Indo-Gangetic India, the Himalayas, present-day Bangladesh, and Myanmar. What distinguishes these states from the rest of the country is the sensitive geopolitical location with the existence of diverse ethnic groups with different historical backgrounds.

The North East as a whole is not a single entity with a common political destiny; rather it comprises eight states. The region covers a geographical area of 2.55 lakh sq km, which is just 7 percent of the total country’s area. The region is a gateway to South East Asia as it is bordered by Bangladesh, Bhutan, Myanmar, Nepal, and China. The Tribal communities in Northeast India are living on the fringe of three great political communities- India, China, and Myanmar. Historically, some of them played roles of buffer communities, and others the roles of bridge communities between these three great political communities. Further, this region is of immense geopolitical importance to the sub-continent due to its terrain, location and peculiar demographic dynamics, and is one of the most challenging regions to govern. The region accounts for only 3.1 percent of the Indian population.

Post-independence, the history of this region has been marred by bloodshed, tribal feuds and under development. Protracted deployment and operations by the army and the Assam Rifles, have been instrumental in the abatement of the levels of violence and restoring the security situation so as to ensure civil governance elements can function. At present, a delicate uneasy peace prevails in the region. Having realized the futility of violence, several insurgent groups have resorted to Suspension of Operations (SoO)/ Ceasefire, thus paving the way for negotiations/ resolution of problems. 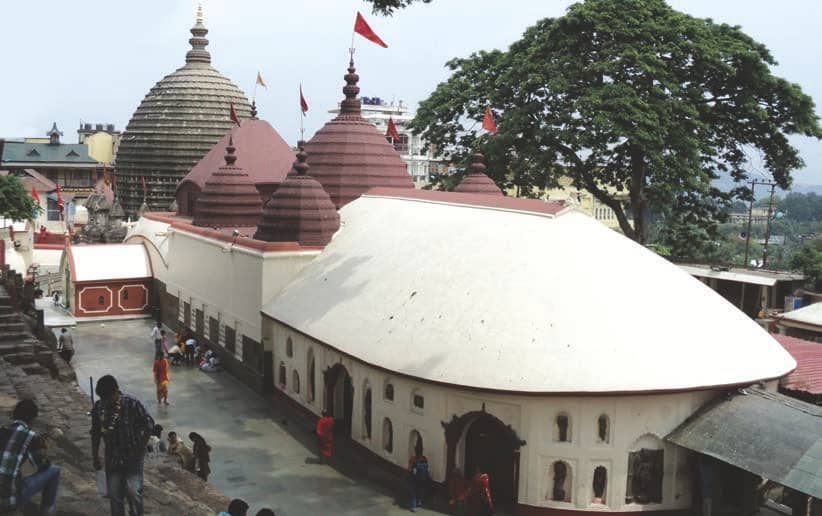 The British began establishing themselves from 1818 onwards. In the ensuing First Anglo-Burmese War of 1824, the Burmese were defeated and the Treaty of Yandaboo was signed. Consequently, the Burmese withdrew to Myanmar and Ahom king ceded part of its territory to the British East India Company. The advent of the British rendered the Ahom Kingdom extinct by 1838. From 1839 to 1873, the region was administered by the British as part of the Bengal Province. The plan to use NE India as a cushion from Myanmar/China was mooted under the 'Coupland Plan' by earmarking the region as 'Crown Colony'. The British could not exercise direct colonial control over several parts of the region. Thus, the Christian Missionaries were able to penetrate deep into the remote areas of the Naga inhabited hills.

Parts of the NE region were classified as 'Excluded Area' or 'Partially Excluded Area' and brought under the ambit of 'Inner Line Regulation’ thus serving ulterior British interests of preventing access to outsiders.

This isolation and separation of the Naga tribes denied them the advantages of integration into the national mainstream and inhibited their exposure to modernity. The people in plains considered hill tribes as uncivilized/ nomadic while the hill tribes considered them outsiders and looked upon with distrust thus laying the foundation for permanent hostility and suspicion in this region.

In 1947, large parts of Bengal Province were merged into Assam which started slow immigration into Assam, initially of Bengali Hindus. However, there was a major influx of Bengali Hindus after a massacre in East Pakistan. Assam and Tripura bore the brunt of this influx. By the 1970s, Bangladeshi Muslims started emigrating as well. Consequently, agitations commenced in 1979 over illegal immigration. The massive strain of additional population could not be borne by Assam and things began to crack. Anti-Foreigner agitation of 1980 and Assamese- Bodo tensions further aggravated the situation. Anger and rage amongst the Assamese population crept in as their land was claimed by others. The area is marred with insurgencies due to clash of interests and territorial claims. The potential of communal tension due to the rapid increase in the population of immigrants and overlapping areas of interest exists and needs to be monitored closely.

The recorded history of this area is available only from the Ahom and Sutiya chronicles. This region then came under the loose control of Tibet and Bhutan, especially in the Northern areas. Thus a Buddhist connects with Lhasa, also the sixth Dalai Lama is believed to be from Tawang. The Ahoms held the areas until the annexation of India by the British in 1858. In 1938 the Survey of India published a detailed map showing Tawang as part of North Eastwww.geopolitics.in November 2019 Frontier Agency (NEFA). Finally, NEFA was created in 1954 and renamed as Arunachal Pradesh on January 20, 1972, and it became a Union Territory with statehood coming on February 20, 1987.

It borders the state of Assam, Arunachal Pradesh, Manipur, and Burma, inhabited by 16 major tribes as well as various subtribes. The Naga tribes always had socioeconomic and political links with tribes in Assam and Myanmar. Following an invasion in 1816, the area along with Assam came under the rule of Myanmar. The British East India Company took control of Assam in 1826. By 1892, all of Nagaland except the Tuensang area was governed by the British. It was politically amalgamated into Assam, which in turn was for long periods a part of the province of Bengal. It was largely due to the work of Christian missionaries that transformed Nagaland. Many Naga tribes embraced Christianity. In 1957, the Naga Hills became a district of Assam. Statehood was officially granted in 1963 and the first state-level democratic elections were held in 1964. 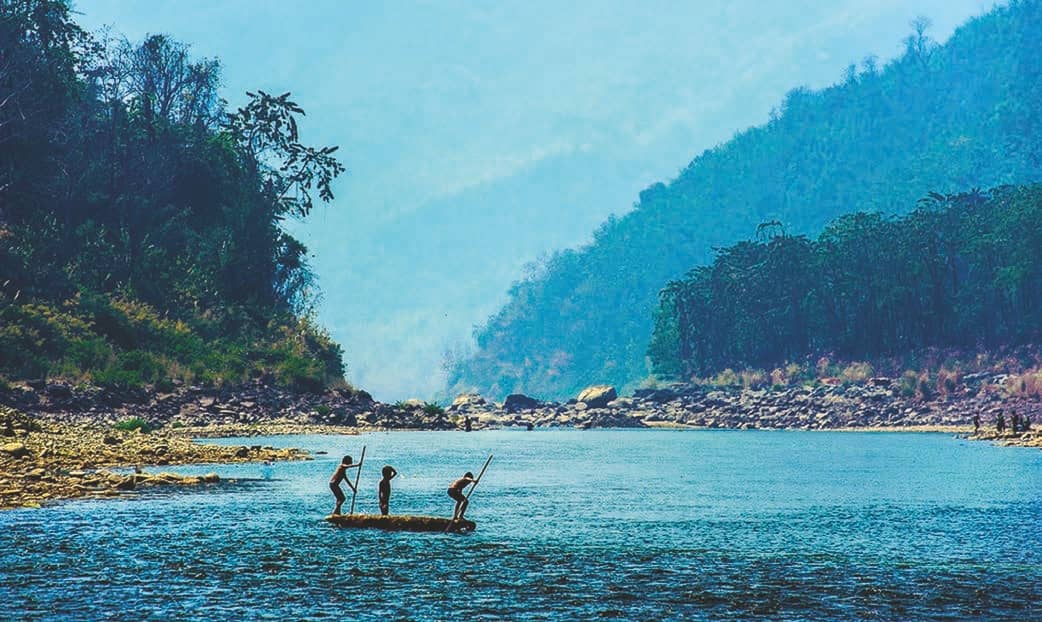 In 1824, king of Manipur, Gambhir Singh asked the British for help and Manipur became a British protectorate. In 1826, peace was concluded with Burma. Manipur became a princely state under British rule in 1891. In 1949, Maharaja Budhachandra was summoned to Shillong, capital of the Indian province of Meghalaya where he signed a Treaty of Accession merging the kingdom into India. Thereafter, the legislative assembly was dissolved and Manipur became part of the Republic of India in October 1949 and a full-fledged state in 1972.