IAF In Transition Challenges Ahead
For becoming truly potent and able to deal with a two-front war, the Indian Air Force requires 50 squadrons with modern weapons. To achieve all this, the IAF needs a capital budget that is over ₹60,000 crore a year for two decades,
Anil Chopra

The Balakot air strikes and the air combat thereafter in which a MiG 21 Bison of Indian Air Force (IAF) had to engage a more modern F-16 of Pakistan Air Force (PAF) has once again brought IAF modernisation back into focus. IAF Chief, Air Chief Marshal B S Dhanoa, has said that IAF has hit an all-time low of 30 fighter squadrons vis-a-vis the government authorised 42. At a seminar on modernisation of the IAF on August 20, 2019, he said: “We are still flying the MiG-21 which is 44 years old but nobody is driving cars of that vintage.” He also highlighted the convergence of strategic interests between China and Pakistan and their rapidly modernising air forces. IAF, on the other hand, has been slowly losing the combat edge that it had enjoyed over Pakistan in 1971 both in terms quality and numbers. Technology intensive air power requires faster replacement of assets due to quicker obsolescence.

Air power today is the dominant means of prosecuting war. It is clear that IAF must win the air war for the army and navy to win the surface war. Aerospace is the domain of the future and the one who controls it will control the planet. It offers prompt multiple response options to the political leadership in times of national security crises. IAF did test its operational plans, in a two-front scenario, in the mother-of-all-exercises 'Gagan Shakti'. While IAF has a plan 'B' to fight with what it has, if forced into conflict, numbers are clearly not adequate. It is incumbent upon the nation to provide IAF assets for the task it has been entrusted.

India was once a Pakistan-centric regional power, but now it aspires for global influence and status. Transformation includes review of doctrines, strategy and tactics, organisational structures, human resource adaption and training, and maintenance and logistics concepts to meet the operational requirements. IAF, the fourth largest air force in the world, needs capabilities that cover the entire spectrum of air operations. The doctrine and acquisitions indicate strategic reach and conventional deterrence as major goals. The air power actually helped turn the tide in the wars in 1947-48, 1965, 1971 and Kargil. IAF's 2012 doctrine clearly brings out intent to dominate conflict and greater role of air power in full spectrum of national security. Introduction of air superiority fighters, combat enablers like the AWACS, flight refuelers, strategic transport aircraft, has made a difference. regional power projection and ability to take on China are the clear new doctrinal focus areas.

Till not long ago, all major airbases and radars were positioned on the Pakistan border. Airfields are high value targets. Aircraft on the ground are highly vulnerable and require ballast protection. Most eastern airbases were bare runways with no shelters, and were mostly used for fighter training and air maintenance operations. Emerging economic strength, doctrinal maturity, and China's focus on building air power made India rethink its air strategy. Kargil also helped IAF understand the dimensions of fighting air war at Himalayan heights. Application of airpower has to be precise and proportionate. All new platform and weapon acquisitions require operating clearance of 6 km and higher. IAF has now deployed frontline assets such as Su-30 MKI, the C-130J special operations aircraft, and UAVs, in the eastern sector. Rafale, Chinook and Apache squadrons are also slated to be deployed in the east. India has also to defend itself against a possible sizeable Chinese surface-to-surface missile (SSM) attack. Acquisition of the S-400 and a large number of indigenous Surfaceto-air missile systems (SAM) should strengthen capabilities. India cannot match China’s numerical strength, but IAF would provide a sufficiently strong “deterrent force”. IAF now has credible “strategic reach” covering from the Persian Gulf to the Straits of Malacca. 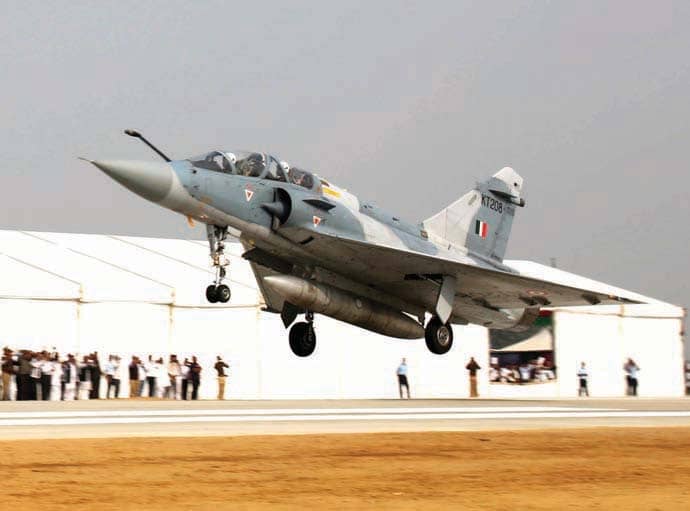