A Beautiful Day In The Neighborhood
Situated on route 66, the Kendall Whittier neighborhood is one of Tulsa’s biggest success stories complete with restaurants, artist studios, and a historic movie house. It’s a must for any tulsa visitor.
Preston Jones

What makes a A neighborhood? Is it the boundaries, considered by city planners and laid out—streets snapped together and avenues aligned—giving geographical definition to a place? Is it the buildings, the edifices erected long ago or just last month, and the collective accumulation of moments in time both within and outside their walls? Or is it the bodies—the men, women, and children whose entire lives can be circumscribed by the surroundings but also transcend them? Like much in life, the answer is complicated. Take a neighborhood like Tulsa’s Kendall Whittier, which is defined by all three.

Over the last five years, the neighborhood, home to a mix of retail, recreational, and residential properties two miles east of downtown Tulsa, has undergone a startling transformation. However, in reflecting upon its past, its present, and its future, reclamation might be a more apt description of what’s taking place there. What once was stained with iniquity in decades prior—adult movie theaters, strip clubs, and the like—now gleams anew, bustling with bookstores, coffee shops, craft breweries, and open-air markets.

“Anyone who hasn’t been to this area in a long time is floored,” says Jessica Jackson, executive director of Kendall Whittier Main Street. “Either people really know what the area is and exactly which businesses are there, and they come often, or they still don’t know. The ones who are involved, they love it, and they want to make sure it’s successful.”

KENDALL WHITTIER’S BURGEONING reputation belies its relative size. The area is not a sprawling, endless space but rather a compact collection of businesses and homes illustrating what’s possible when collective faith collides with a clear vision. The neighborhood is home to roughly fifteen thousand Tulsans, or nearly four percent of the city’s total population—including a sizeable local Hispanic community.

Tulsa’s city planners define Kendall Whittier’s boundaries as the Burlington Northern Santa Fe railroad along its northernmost edge; Harvard Avenue on its easternmost; Eleventh Street on its southernmost; and Utica Avenue on its westernmost. By most estimates, the neighborhood spans a little more than a square mile in area, but that doesn’t mean its residents’ and entrepreneurs’ affections for Kendall Whittier are proportional.

“I love our neighbors, and I love our community,” says Hunter Stone Gambill, who lives nearby. 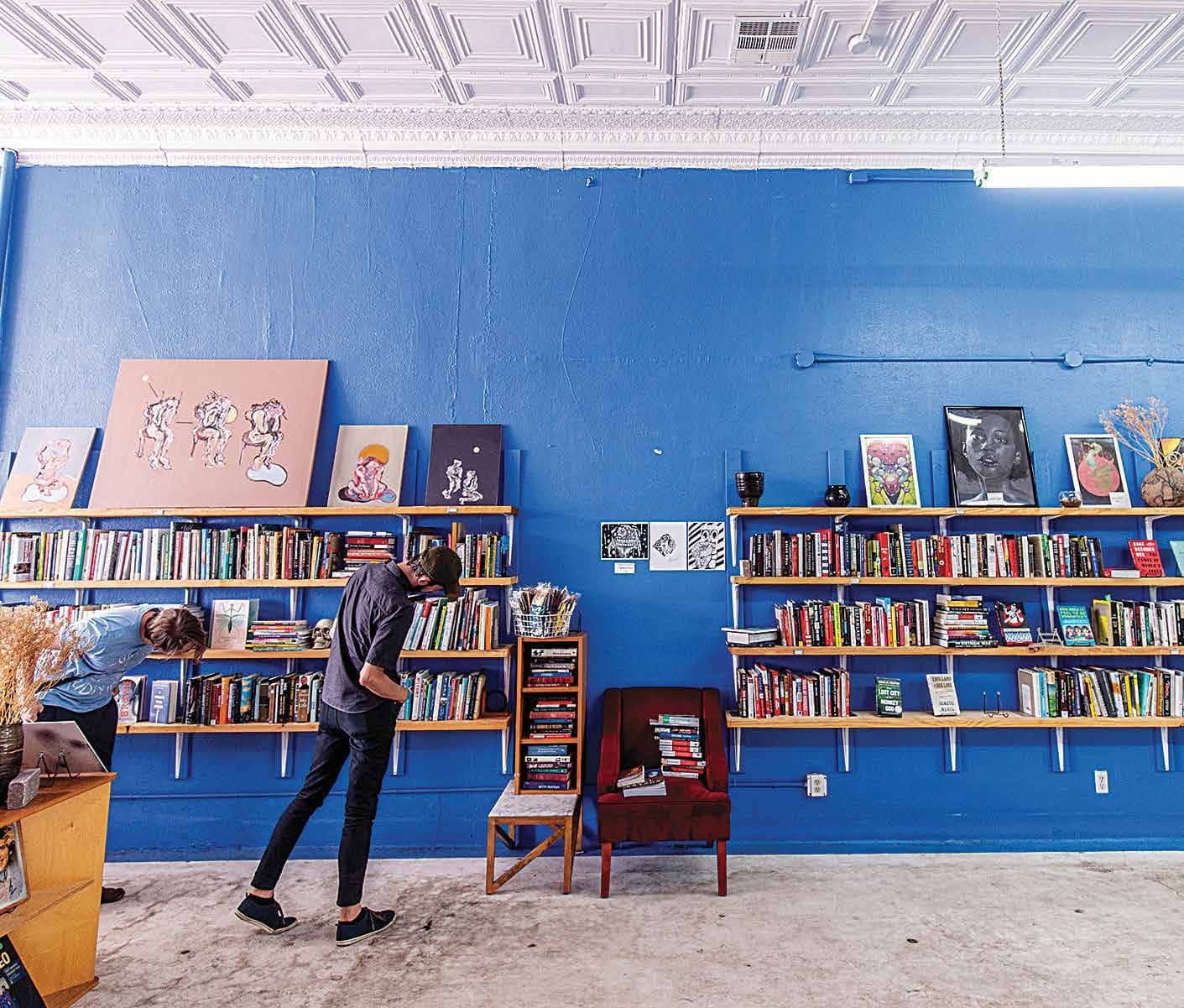 While many neighborhoods often materialize out of or continue to exist thanks to economic or political necessity, education was the cornerstone of Kendall Whittier’s initial founding, though there’s a healthy strain of capitalism coursing through the neighborhood’s past as well.