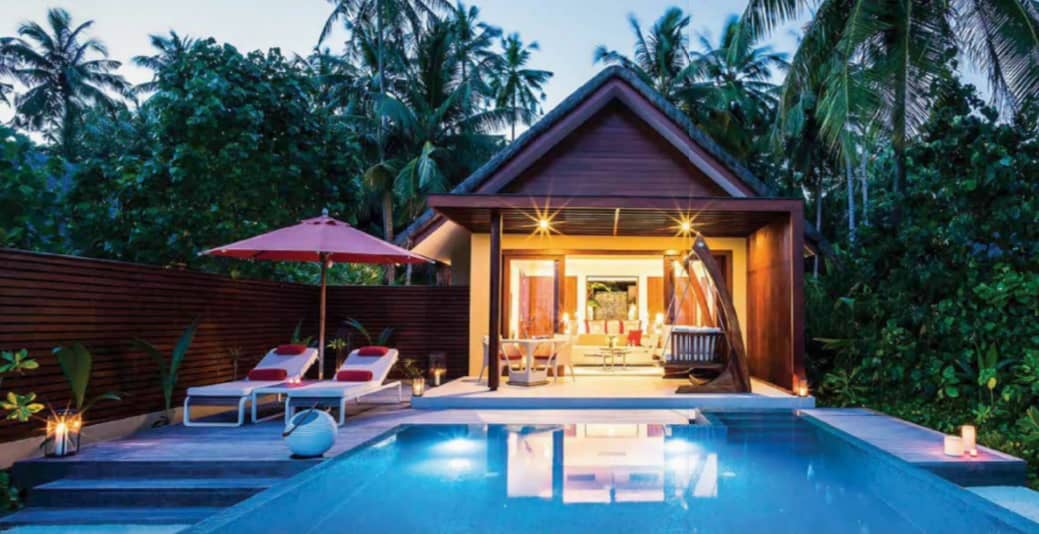 The Maldives Is Opening A New Runway And More Five- Star Resorts To Keep Pace With Tourism Demand – But Can Environmental Pressures Be Kept In Check?

In the hour before departing Malé, I spotted three Gulf wide body planes, one SriLankan A330, an Aeroflot aircraft and Air India B737 – all twisting and turning like cumbersome whale sharks around the single, water-flanked runway. Velana International Airport is a bit of a time warp, outwardly and inwardly looking much the same as when I first came here in 2003, though in a commercial sense the Maldives is unrecognisable.

Change is in the air, or more precisely, on the ground. A second runway is complete, adjacent to the first. Etihad sent down an A380 to mark the completion last September, indicating its superjumbo handling capabilities, but we await an official launch date. A $350 million passenger terminal is also in the offing.

They can’t open too soon. Alongside alleviating operational pressures, adding slots and the prospect of more premium seats, the capacity boost will be equally welcomed by hotel operators and businesses in the hemmed-in capital city, providing foundations for future growth.

Last year’s visitor numbers are expected to weigh in around 1.5 million and there are now over 130 resorts – with around the same number in the pipeline.

China, Germany and the UK spearhead the tourism charge though while the Chinese lead the table with 266,376 visitors, their numbers have been sliding (down 23,000 2018 on 2017) while UK is on the rise (up 10,625). Sandwiched between the Asian and European titans, the Middle East accounts for a small 4 per cent but it remains eagerly courted in terms of revenue spends. Gulf carriers are busy funneling European passengers through their Middle Eastern hubs, with loads evidently healthy in the current ‘low’ season as much as the peak December-to-March period.

CHILL AND PLAY AT NIYAMA

Our week of escapism began with a seaplane transfer to Niyama Private Islands Maldives. We passed a sign advertising Beijing Urban Construction Group – cementing its presence here literally and metaphorically – and stopped off briefly for lounge refreshments before taking off (on the return, transferring to Naladhu, we were escorted to a separate Anantara office-come-lounge inside the terminal which scanned our passports and offered drinks).

As it was the last flight of the day, we touched down at nearby Kandima to drop off two guests. The last leg, barely five minutes, must have been the shortest flight of my life.

The crew member adeptly hopped from plane to raft to plane – the only time in aviation where no-one bats an eyelid seeing someone hanging outside while the aircraft is moving.

This versatile seven-year-old resort, divided into ‘chill’ and ‘play’ islands – inscribed on the flip-flops should you forget – is well known regionally and internationally. Initially part of the Per Aquum brand, it’s now a stand alone within the Minor Hotels portfolio – which majors on the Maldives with three Anantaras: Dhigu, Veli (cover photo) and Kihavah as well as the exclusive Naladhu, and its fast-growing Avani brand is due to make its Maldives bow this year.