We Need To Talk About Kids And Smartphones 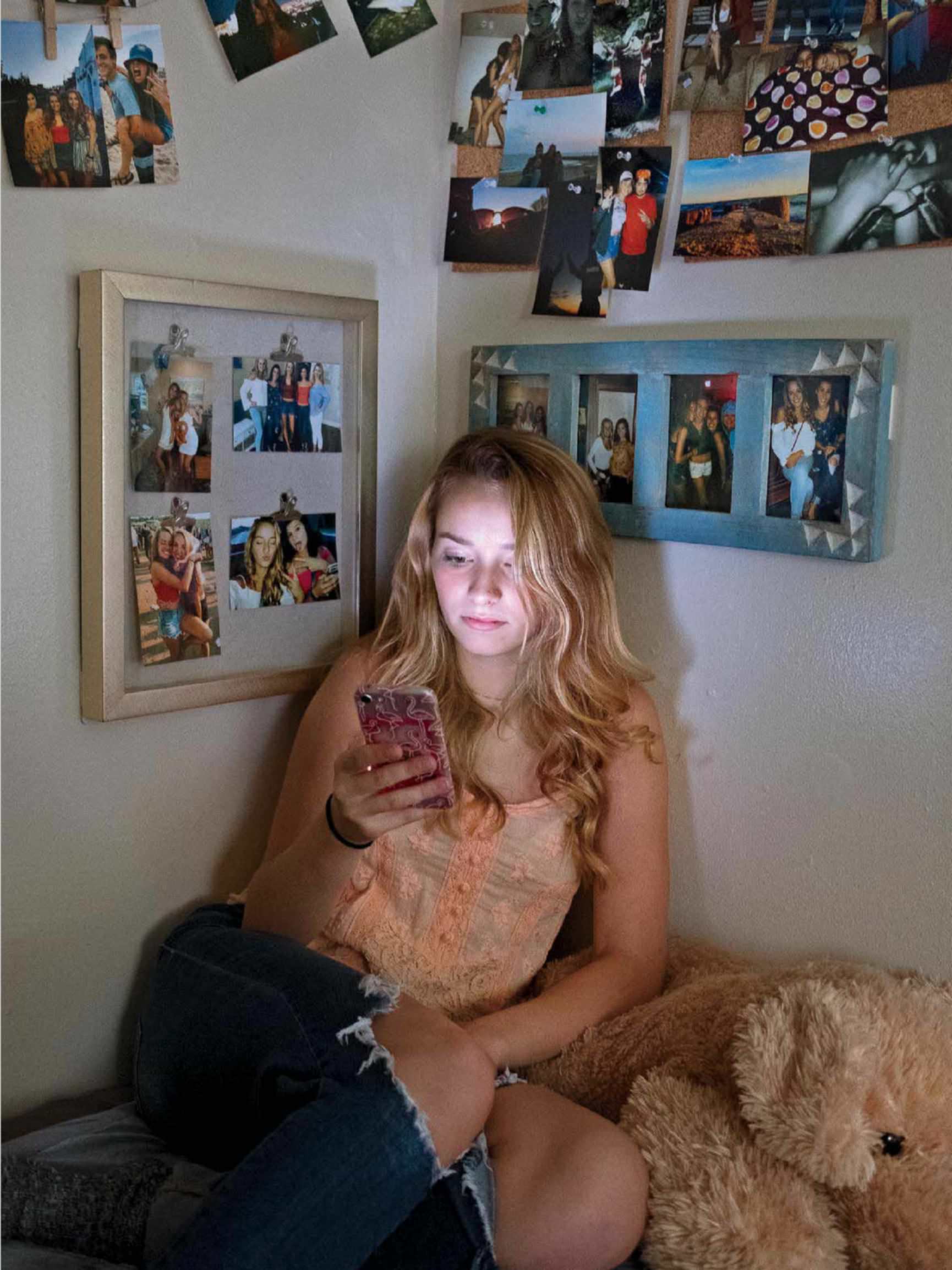 NINA LANGTON THOUGHT SHE HAD NO RIGHT TO BE DEPRESSED. She had a great group of friends, lived in a prosperous neighborhood and was close with her parents. Like most 16-year-olds at her Connecticut high school, Nina spent much of her free time on her smartphone. But unlike many of her classmates, she was never “targeted” on social media—her word for the bullying and criticism that takes place daily on apps like Snapchat. “Part of what made my depression so difficult was that I didn’t understand why I was feeling so sad,” she says.

Later, after her attempted suicide and during her stay at a rehabilitation facility, Nina and her therapist identified body-image insecurity as the foundation of her woe. “I was spending a lot of time stalking models on Instagram, and I worried a lot about how I looked,” says Nina, who is now 17. She’d stay up late in her bedroom, looking at social media on her phone, and poor sleep—coupled with an eating disorder—gradually snowballed until suicide felt like her only option. “I didn’t totally want to be gone,” she says. “I just wanted help and didn’t know how else to get it.”

Nina’s mom, Christine Langton, says she was “completely caught off-guard” by her daughter’s suicide attempt. “Nina was funny, athletic, smart, personable . . . depression was just not on my radar,” she says. In hindsight, Christine says she wishes she had done more to moderate her daughter’s smartphone use. “It didn’t occur to me not to let her have the phone in her room at night,” she says. “I just wasn’t thinking about the impact of the phone on her self-esteem or self-image.”

It seems like every generation of parents has a collective freak-out when it comes to kids and new technologies; television and video games each inspired widespread hand-wringing among grownups. But the inescapability of today’s mobile devices—combined with the allure of social media—seems to separate smartphones from older screen-based media. Parents, teenagers and researchers agree that smartphones are having a profound impact on the way adolescents today communicate with one another and spend their free time. And while some experts say it’s too soon to ring alarm bells about smartphones, others argue that we understand enough about young people’s emotional and developmental vulnerabilities to recommend restricting kids’ escalating phone habits.

The latest statistics on teenage mental health underscore the urgency of this debate. Between 2010 and 2016, the number of adolescents who experienced at least one major depressive episode leaped by 60%, according to a nationwide survey conducted by a branch of the Department of Health and Human Services. The 2016 HHS survey of 17,000 kids found that about 13% of them had at least one major depressive episode the prior year, compared with 8% of the kids surveyed in 2010. Suicide deaths among people ages 10 to 19 have also risen sharply; among teenage girls, suicide has reached 40-year highs, according to the Centers for Disease Control and Prevention. All this follows a period during the late 1990s and early 2000s when rates of adolescent depression and suicide mostly held steady or declined.

“These increases are huge—possibly unprecedented,” says Jean Twenge, a professor of psychology at San Diego State University and the author of iGen, which examines how today’s superconnected teens are less happy and less prepared for adulthood than past generations. In a peer-reviewed study that will appear later this year in the journal Clinical Psychological Science, Twenge shows that, after 2010, teens who spent more time on digital devices were more likely to report mental-health issues than those who spent time on non-screen activities.

Using data collected between 2010 and 2015 from more than 500,000 adolescents nationwide, Twenge’s study found that kids who spent three hours a day or more on smartphones or other electronic devices were 34% more likely to suffer at least one suicide-related behavior—including feeling hopeless or seriously considering suicide—than kids who used devices two hours a day or less. Among kids who used devices five or more hours a day, 48% had at least one suicide-related outcome. Overall, kids in the study who spent low amounts of time engaged in real-life social interaction but high amounts of time on social media were the most likely to be depressed.