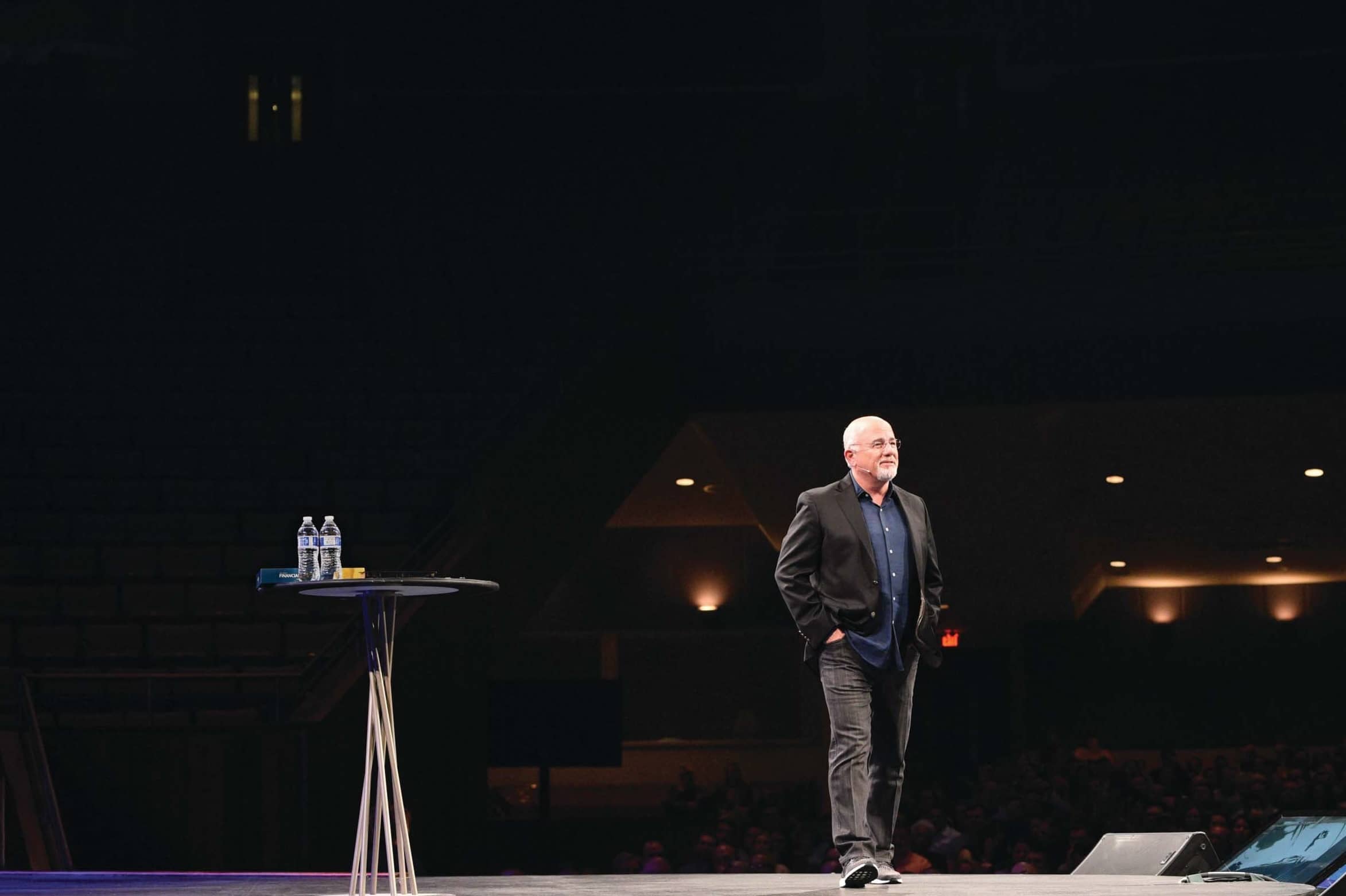 Broke Millennials Are Flocking to Financial Guru Dave Ramsey. Is His Advice Sound?

DAVE RAMSEY is the almighty slayer of debt. Not just in Brentwood, Tenn., where he broadcasts his radio program for three straight hours every Monday through Friday. Or in the slices of the heartland where his billboards dot highways and his live events pack churches the size of minor league baseball stadiums. But in the entire country, y’all.

A proud evangelical Christian, Ramsey rules the airwaves with a tone that rests in a measured Southern twang and then rockets, without warning, to a full-volume shout. Like when someone dials his call-in hotline, and he’s forced to tell them just how stupid they sound.

Why would you invest in something you haven’t researched?

You’re a grown man with a family, and your daddy’s still taking care of you?

When are you going to quit freaking spending money that you don’t have?

Sometimes, the collective irresponsibility of American consumers puts him in a particularly sour mood, and he starts hollering at no one in particular. 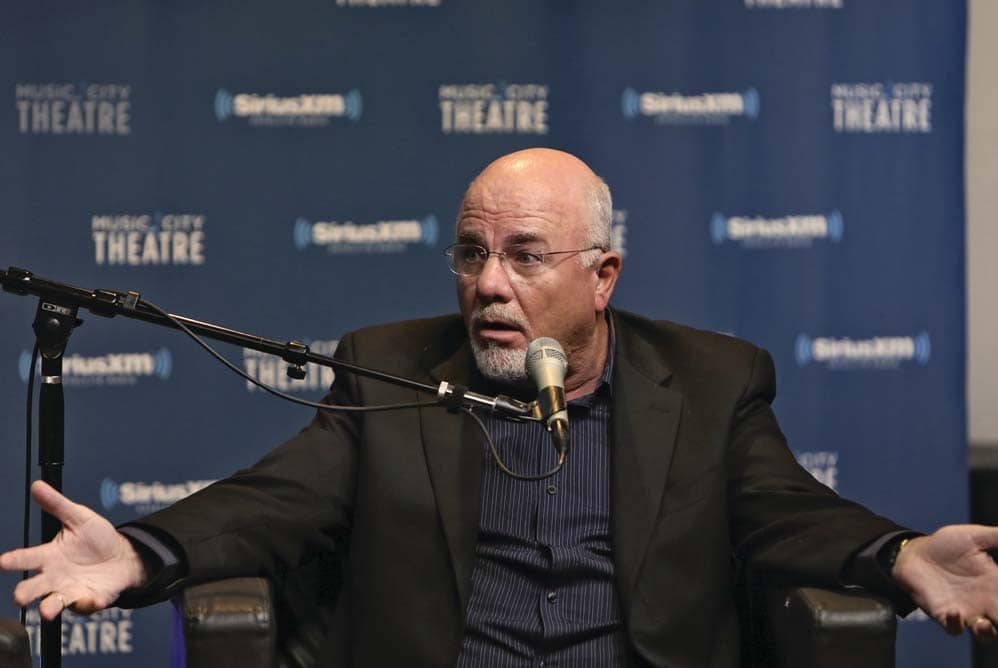 Ramsey’s been at this carnival-barker with-’roid-rage shtick for nearly 30 years now. His first radio gig, The Money Game, debuted in 1992, and he became something of a personal finance superstar after his 2003 self-help book, The Total Money Makeover, made the New York Times bestseller list. Today he’s sold more than 5 million copies of that book, according to its publisher.

He’s 58 now, and while his advice hasn’t changed much over the years, it’s somehow not old hat. Roughly 15 million people tune in to The Dave Ramsey Show every week, according to an interview a Ramsey Media executive gave to Inside Radio earlier this year. His podcast was the fifth most downloaded program on the Apple app in 2018, the company says. And in the talk radio world (the live version of his show airs on more than 600 stations nationwide), only Rush Limbaugh and Sean Hannity have bigger audiences.

Ramsey’s listeners face new hurdles now. And in an era of egregiously expensive college tuition, a sky-high cost of living, stagnant salaries, and rampant consumerism pushed by social media and its “influencers,” he’s won over a new crop of supporters.

You can hear it in the calls he takes every day from panic-stricken young people struggling to make ends meet. On Instagram, freshly converted twenty- and thirtysomethings use hashtags like #debtfreescream and #debtfreecommunity to talk about their Ramsey-inspired journeys.

It’s an audience that marketers stake their entire budgets on, and he’s speaking to them in all the wrong ways. He quotes scripture and Ronald Reagan. He calls young people “snowflakes.” He has absolutely no chill, whatsoever. But for a growing swath of millennials—a generation we’re told is too fragile, too godless, too politically correct— his word is gospel.

On a freezing February night in Grand Rapids, Ramsey hit the stage of a megachurch called Resurrection Life to thunderous applause.

The crowd had been waiting semi-patiently—George Kamel, the host of Ramsey’s video channel, pumped everybody up by tossing footballs into the audience and taking selfies from the stage. Grand Rapids was blanketed in an ice storm earlier that afternoon, so much of the crowd had to drive through miles of slush to make it in. But 4,000 people still showed up, Ramsey said later. As they streamed into their seats, a cluster of fans clamored to get photos with the man of the hour in a “VIP meet-andgreet” offstage, a $100 add-on to the event’s $49 admission. There were snacks, free copies of The Total Money Makeover, and a Q&A session where attendees could lob questions at Ramsey town-hall style. How long should you wait before buying a house? If you’re in your twenties, what percentage of your income should go toward retirement? When is it okay to go back to school?

In grand Ramseyan tradition, his parting words to these die-hard fans—inspired by a woman who asked how to teach her son commonsense money habits—was a rant about Kids These Days. If you have teenagers, he told the crowd, “their brains are damaged.”

It’s one of Ramsey’s favorite non sequiturs. In his view, many of our country’s financial problems could be solved if young people (and their parents) stopped making such stupid freaking decisions. His origin story, which he repeats ad nauseam at most of these events, is meant to guide them to the light.

In the mid-’80s, Ramsey and his wife, Sharon, were riding high with a $4 million real estate portfolio. But after the bank financing those loans was sold, the new owners demanded repayment. Ramsey couldn’t cough up the cash and almost lost everything. In the depths of despair, he started studying what he calls “biblical finance” (“The borrower is slave to the lender,” “Let no debt remain outstanding,” et al.), and the scales fell from his eyes, as it were.

Today, Ramsey’s core advice is driven by the seven “baby steps” he devised after digging himself out of that hole. You start with a $1,000 emergency fund and then throw all your discretionary income into paying off your debts—no saving for retirement, no eating out, no shopping for things you don’t absolutely need—until you’re in the clear.

It all revolves around what Ramsey calls the “debt snowball,” a money management plan that teaches people to attack their smallest debts first and work their way up to the largest. This is controversial (paying off your debts with the highest interest rate rather than those with the lowest dollar amounts is usually the faster, expert-advised approach), but judging by his loyal, growing fan base, his methods work for a lot of folks.

Ramsey’s advice—in books, on-air, and otherwise—tends to target a certain type of person: someone who lives in a house (not an apartment), owns a car (not a subway pass), and has at least a modest reverence for the Christian God and a strong Second Amendment. Lately, though, his advice has echoed beyond those circles.

Even in Western Michigan, where the biggest applause break came after Ramsey took out his wallet to show off the “only four pieces of plastic” he carries—a business debit card, a personal debit card, a driver’s license, and a concealed-carry permit—there were people like Tieka Ellis.