Paul Surridge, an understated modernist, has taken the reins at Roberto Cavalli. As Andrea Lee discovers, the results are anything but tame.

Andrea Lee
Seeing Paul Surridge, the new creative director for Roberto Cavalli, at the helm of what is arguably the most lavishly provocative label in fashion, is akin to encountering a Zen Buddhist monk on a rococo papal throne. Surridge, 43, is a soft-spoken Englishman whose minimalist aesthetic was honed in the men’s wear design studios at Jil Sander and Calvin Klein; Cavalli has long been the go-to label for, say, a champagnefueled bacchanalia at an oligarch’s mansion. Madonna, Beyoncé, and plenty of other über divas have rocked the red carpet wearing Cavalli’s signature plunging goddess gowns—a riot of animal prints, titillating cutouts, and cascades of crystals, sequins, and ostrich feathers. This opulent seduction fantasy sometimes verged on kitsch, but always captured the male gaze.

The defining gaze, of course, was that of Roberto Cavalli, the Florentine designer who liked to refer to himself an “artist of fashion.” An adventurer and bon vivant, Cavalli, 77, was in many ways fashion’s answer to Hugh Hefner. His Latin lover image—permatanned, sunglassed, shirt open to the waist, cavorting on yachts with a succession of international beauties—was central to the brand he built in his name. The anecdotes about his antics are legion. In 1977, he was asked to judge a Miss Universe competition and ended up marrying the first runnerup, Eva Duringer. Then there was his tiff with Michael Jackson over a certain sequined jacket. After the performer tossed the jacket into the crowd during a concert, proclaiming it was “too hot,” Cavalli made a public vow never to design for Jackson again. 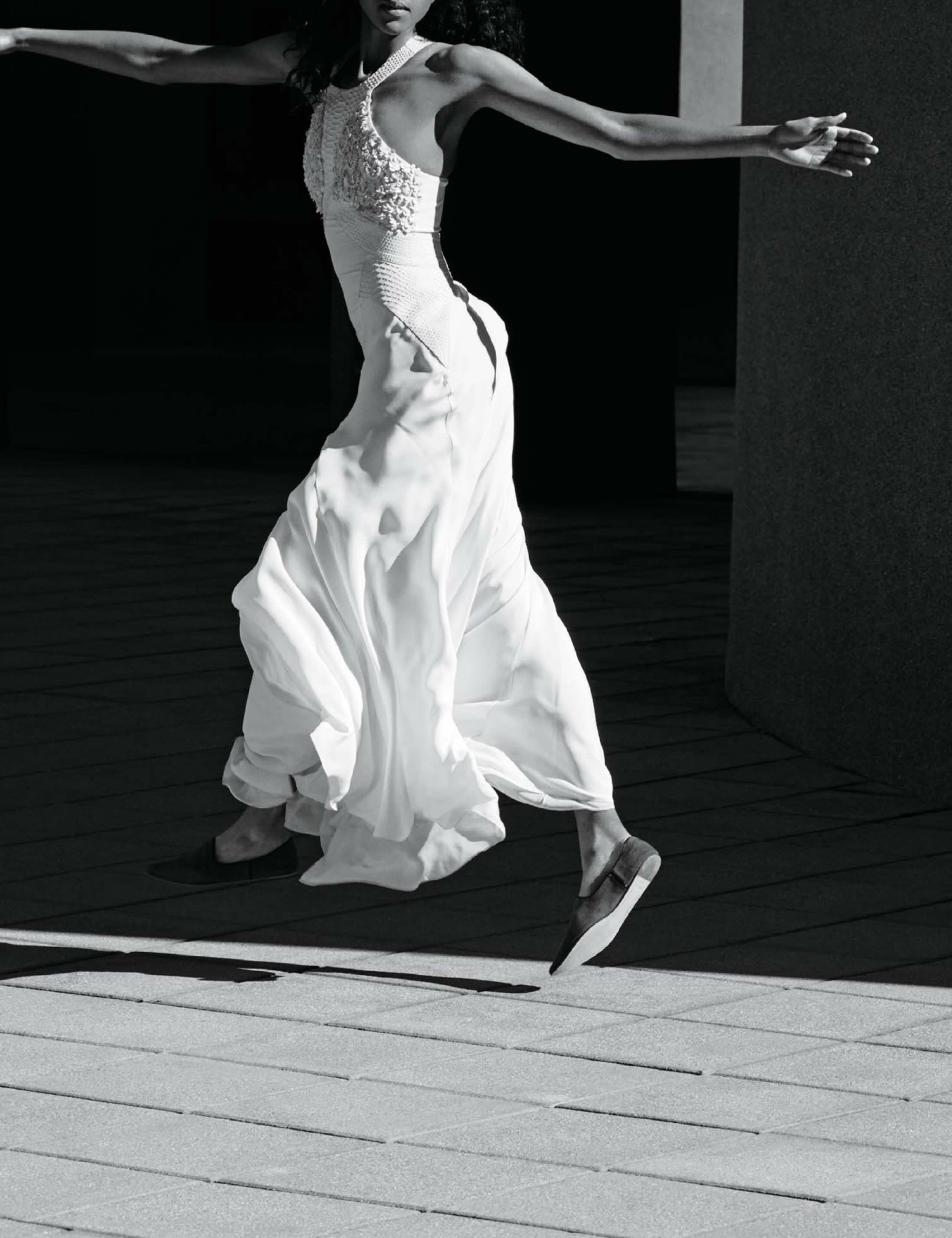 Cavalli’s namesake label grew from artisanal beginnings in 1970s Florence to a $2 billion business 30 years later. But like many independent fashion labels with a global reach, it faltered in the new millennium as the digital and luxury-goods revolutions changed the fashion landscape. Although he maintained the brand’s celebrity stronghold, Cavalli struggled to connect with street fashion and the coveted millennial market. As competitors updated their images with touches of irony and whimsy, and nods to female empowerment, Cavalli’s fidelity to the haute sex goddess of his heyday seemed increasingly out of touch. In 2015, he stepped down from his role as designer, having sold a 90 percent stake in his company to an Italian investment group. Peter Dundas, who had worked alongside Cavalli before decamping to Emilio Pucci, was brought back as creative director, but his ’70s-bohemian and ’80s-influenced rock-chic experiments fell flat, and after just three seasons he was out.