Susan Morgan
Thomas Houseago’s drawing studio, in the Frogtown neighborhood of Los Angeles, is smartly outfitted with plywood bookshelves, comfortable couches, and a low table perennially laid out with a stainless steel carafe of hot water, a bamboo whisk, and an assortment of matcha tea bowls. It’s a contemplative domestic scene set against an exhilarating backdrop—a wall covered floor to ceiling by a grid of wildly sundry images of movie scenes, comic book characters, architecture, sculpture, musicians, murderers, urban decay, masks, works in progress, and family snapshots. Each addition to this constantly changing collage introduces new juxtapositions and unexpected visual rhymes—mapping out an ever evolving portrait of the artist.

Houseago began to collect these images in 2013, after he was invited to give a talk in Leeds, his hometown in the north of England. “I was radically against doing it,” he says, brusquely interrupting himself to up his complaint. “I was rabidly against doing that talk.” His voice has a hoarse sweetness and still betrays his Yorkshire origins and the instilled British trait for self-effacement. Houseago left Leeds in 1991, at the age of 19, and embarked on what he describes as his “itinerant” education and career. After completing a foundation year at Leeds College of Art, where he was encouraged to channel his furious energy and ideas into performances and actions (he covered himself in dirt, set fires, and launched faux Scud missiles packed with ink-soaked rags from the rooftops), Houseago received a grant to attend Central Saint Martins, in London, and was suddenly transplanted to what seemed like a world away. A bristling misfit, he landed in the midst of aspiring fashion designers and would-be theoreticians. “At Christmas, they all left to go skiing,” he recalls with mock horror and a whiff of disdain. He went on to De Ateliers, a studio program in Amsterdam, where he met his former wife, the American painter Amy Bessone. The couple spent eight years living and working in Brussels (eight years of “lost weekends,” as Houseago has described it). Bankrupted by tax bills and delinquent in their rent, they decamped empty-handed to Los Angeles in 2003. Too broke to ship work or hire a dumpster, Houseago chopped up 20 of his finished sculptures into bits and buried them in a field before leaving the country.

Upon settling in Southern California, Houseago worked days on construction sites and nights in the studio drawing obsessively and building audacious, emotionally charged large-scale figurative sculptures. His nocturnal studio practice, regularly fueled by alcohol, was a performance piece of jackass daredevil bravado: Although he’s been sober for four years (frothy green tea is now his drink of choice), Houseago is still antic and hilarious when he regales listeners with tales of falling off ladders, wrestling with chain saws, and narrowly escaping dismemberment or self-castration.

One morning, in 2006, at the crack of dawn, the Miami-based collectors Don and Mera Rubell, who were looking for work to include in a group show of L.A. artists entitled “Red Eye,” stopped to see Houseago on their way to LAX at the insistence of the art dealer David Kordansky. The Rubells ended up buying every piece they were shown in one fell swoop and offered to help finance Houseago’s bronze-casting expenses.

Things moved quickly after that. In 2010, Houseago’s Tuf-Cal plaster– and–iron rebar sculpture Baby—a squatting figure with an ominous, disarmingly vulnerable presence, measuring more than eight feet tall—was featured in the Whitney Biennial. (Francesco Bonami, the curator that year, hadn’t managed to visit Houseago’s studio, but he discussed with Houseago the dimensions of the Whitney’s elevators over the phone.) Work on Baby took place during the course of what Houseago describes as one very weird summer: Bessone was pregnant with their second child, there were wildfires near their home in the hills, and a murder had taken place directly outside his studio window. When the art shippers arrived to transport Baby to New York, they constructed the crate on the sidewalk alongside the victim’s makeshift altar, surrounded by onlookers. “It was like something from a Fellini movie,” recalls Houseago. “It was beautiful.” 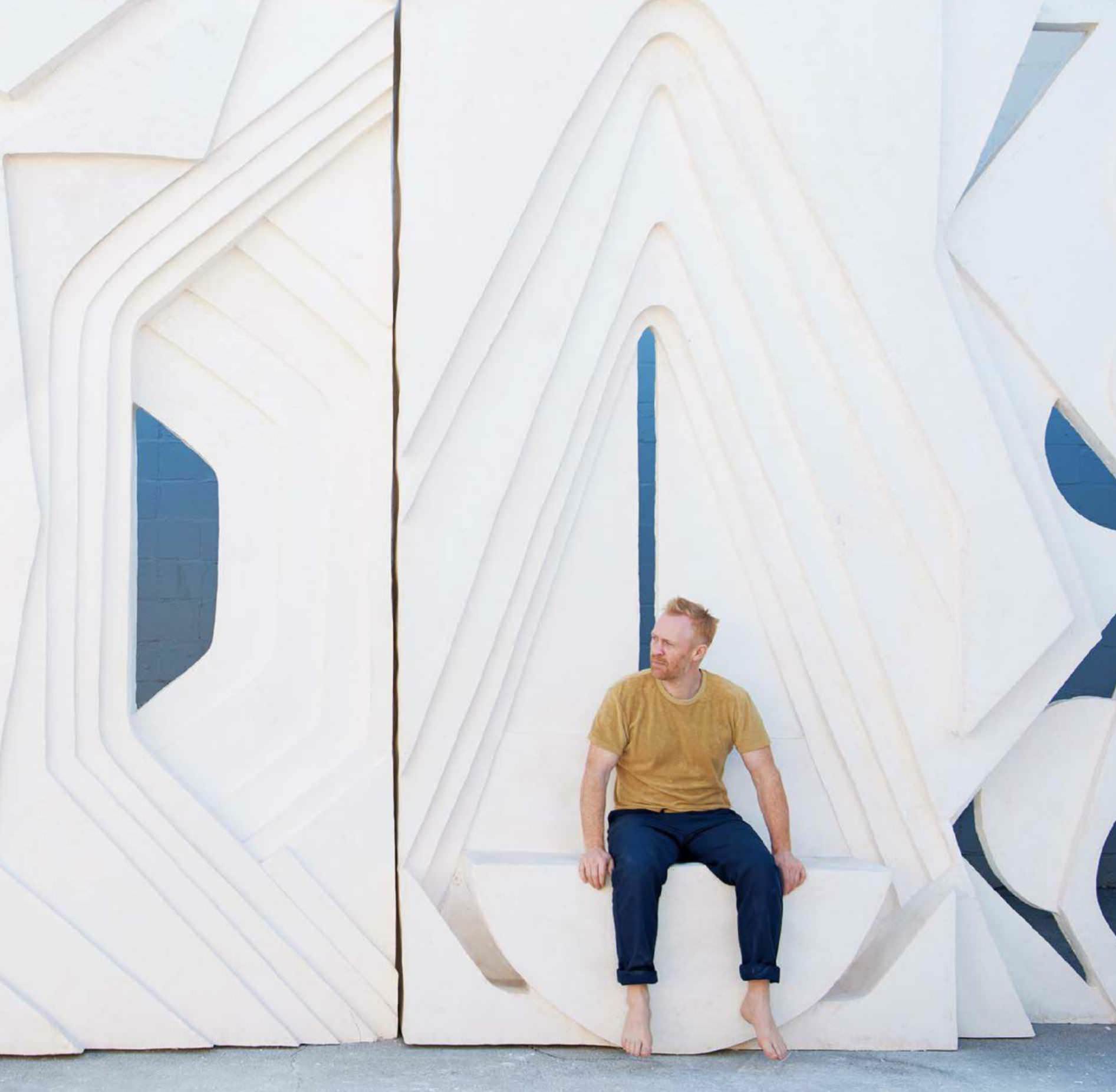