Are NE States With Special Status At Risk?
We take a look at whether Northeastern states enjoying special status need to worry about the fate of Article 371.

With the abrogation of Article 370 from the State of Jammu and Kashmir, people in the Northeast feared that the Central Government may also come up with plans to modify or abrogate Article 371, which favours special status to some states in the region. However, Home Minister, Amit Shah clearly mentioned in the Parliament that Article 371, with regards to Northeastern states, shall remain untouched, and that the NDA government does not intend to change it. He further clarified that Article 371 was incorporate primarily with a focus on the development of the Northeast and preservation of the cultural heritage. But, Article 370 was incorporated as a ‘temporary’ provision’ and deprived the State of a large number of welfare laws and provisions of the Indian Constitution. Union Minister of State for Development of North Eastern Region, Jitendra Singh also reassured people in the Northeast. In a tweet, Singh wrote, ‘Northeast has nothing to fear, Article 371 will stay as it is.’

Nagaland, that benefits the most under Article 371, feared that some of the privileges enjoyed by the State will be modified by the Centre. But newly appointed governor RN Ravi reassured citizens, ‘It is a solemn commitment of the Government of India to the Nagas and not impermanent as Article 370.’ He also clarified that there is no similarity between Articles 370 and 371(A), which is a result of over three years of negotiation between the people of Nagaland and the Centre. The governor also stated that any attempt to draw a parallel line between the two articles is either due to misunderstanding, or with mischievous intent. The governor is currently focussed on peace talks with Naga groups, which may soon come to a conclusion. ‘The PM wants to find a solution soon for the Naga Peace talks. And, I am looking forward to ending the discussions on a positive note.’ 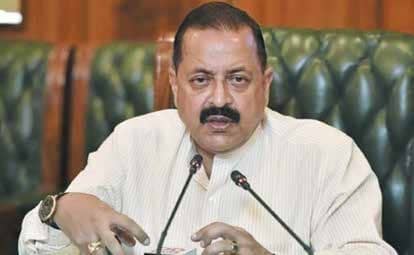