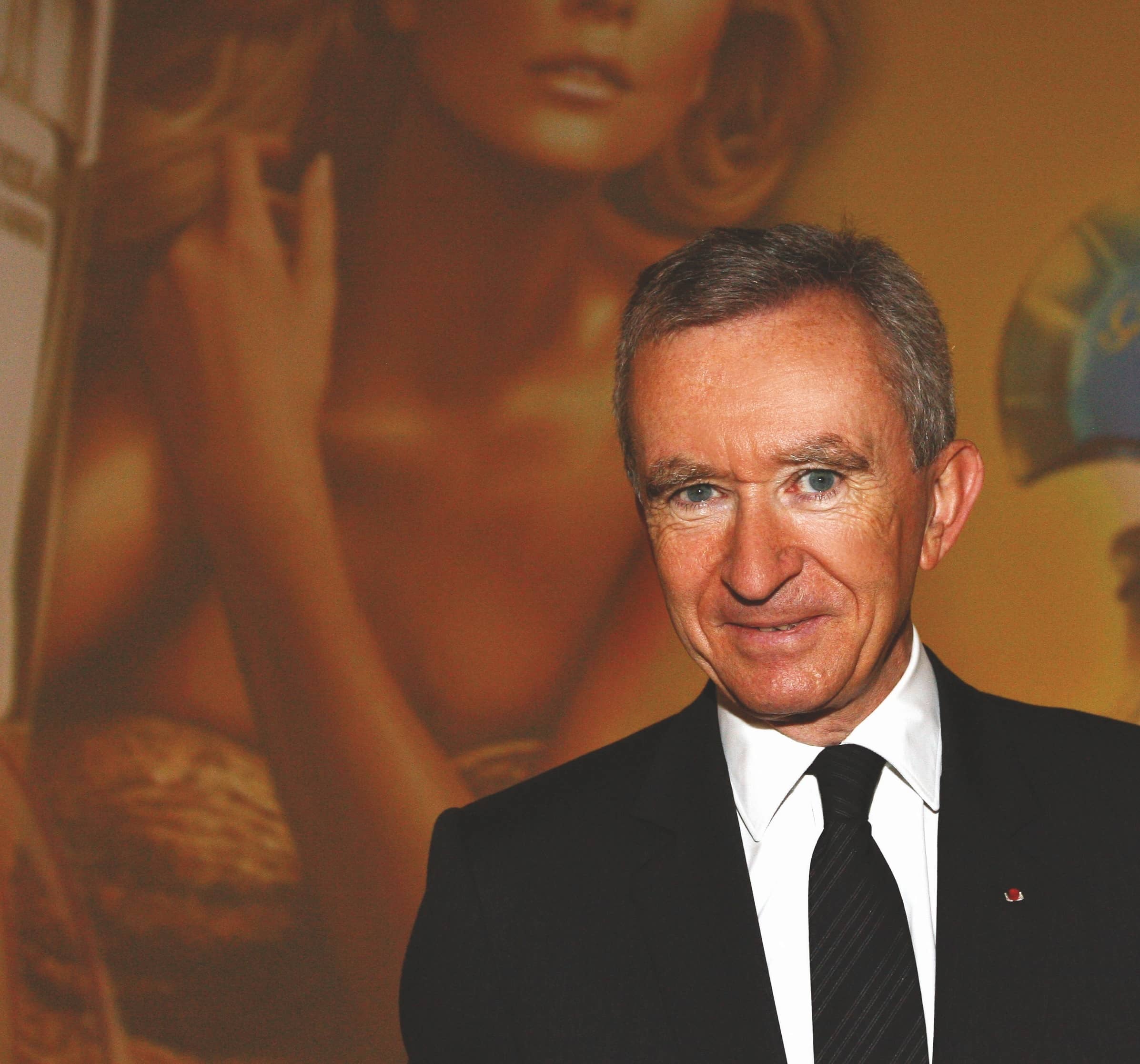 LVMH Chairman & CEO Bernard Arnault is already the fourth richest man in the world. But the luxury goods king isn’t resting on his laurels

If you’ve ever sipped a glass of Hennessy or Dom Pérignon, coveted a Louis Vuitton bag or a pair of Berluti shoes, or strapped on a Hublot or TAG Heuer watch, you’ve felt the influence of Bernard Arnault, the billionaire French businessman who has quietly shaped the tastes of the entire world. A man of exceptional vision who started out as an engineer in his family’s construction firm, in 1989 the Paris-based financier, investor and art collector became the majority shareholder, Chairman and CEO of LVMH, the world's leading luxury goods company, and has remained so ever since.

With a net worth of nearly $70 billion, he is now the fourth richest man in the world (as of press time) according to Forbes, which calculated his personal fortune increased by over $30 billion in one year alone, thanks to a 13% spike in LVMH’s revenue. The unprecedented firm is made up of 70 di˜erent brands divided into six sectors: wines and spirits, luxury retailing, fashion and leather goods, watches and jewelry, perfume and cosmetics, and hospitality and other holdings including luxury yachts.

His phenomenal wealth, as Lloyd Blankfein, former Chairman and CEO of Goldman Sachs, points out to CNBC, “was accomplished in a single generation,” making it all the more remarkable. Particularly as just a decade ago many derided the notion that a conglomeration of luxury goods houses—several of them competitors—was even a smart business move.

“In the ’90s [I] had the idea of a luxury group and at the time I was very much criticized for it,” Arnault remarked to CNBC. “I remember people telling me it doesn’t make sense to put together so many brands. And it was a success. [And then] for the last 10 years now, every competitor is trying to imitate, which is very rewarding for us. I think they are not successful but they try.” Victory, he maintains, has not come as a result of relentless profit-seeking but is due to a “business model… based on creativity, innovation, and quality.”

Seen here at a shareholders' meeting in Paris, Bernard Arnault is a global tastemaker and business icon in his role as Chairman and CEO of luxury goods conglomerate LVMH

In 11 years, the market value of LVMH—an acronym for Louis Vuitton Moët Hennessy—multiplied by at least 15, while, simultaneously, sales and prot rose by 500%. The company had revenue of upwards of $50 billion in 2017. And much of it is attributable to acquisitions that were seriously called into question at the time.

“He was paying full prices for things that weren’t close to what other people would want,” Blankfein notes, “and other people scoŠed that he would ever realize [their] value or earn anything from the prices he was paying.… It takes a certain amount of courage to stand against the tide knowing that you’re going to… outperform the experts and the founders that created those businesses.”