NBA's Most Exciting Rookie, Trae Young, Is Turning Around The Atlanta Hawks 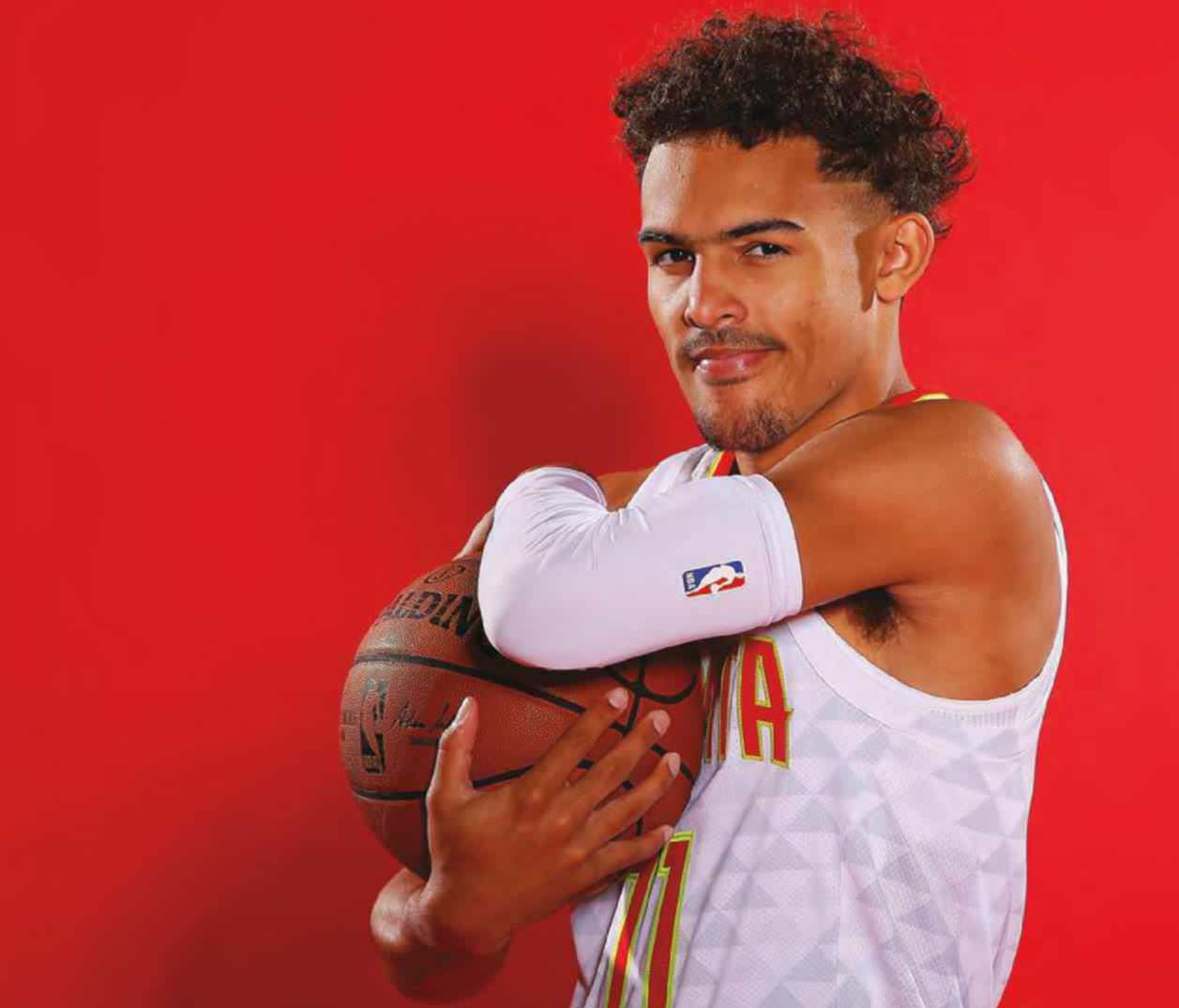 Atlanta Hawks point guard Trae Young has long been the center of attention. From his time in high school as a top-25 recruit to taking the college basketball world by storm during his one season at Oklahoma and arriving in Atlanta as the hoped-for savior of the Hawks, Young has carried a lot of responsibility on his shoulders in the brightest of spotlights.

Now partway through his rookie season, Young has given the city of Atlanta something it hasn’t had in its NBA franchise in some time: hope. We spoke to the unstoppable rookie about his ascension to the top of the basketball world and how he views his role as the centerpiece of the Hawks’ rebuilding project.

You were highly ranked coming out of high school, but quickly became the absolute must-watch player in college last year. What was that process like, and how did you get used to that level of fame and exposure so quickly?

The process in college was crazier than I ever expected. The NBA was always a lifelong dream, but everything just happened so fast it felt like it was overnight. When players like LeBron James and Stephen Curry started mentioning my name in their interviews, my whole life changed. I’ll never forget how my Instagram went from 300K to almost 1 million in a matter of weeks. I don’t think I ever got used to it. It’s still moving very fast.

How helpful or difficult was the second half of last year, when defenses started focusing so much on stopping you? Has that helped you succeed this season, as NBA teams are doing the same thing?

My one year in college was definitely a roller coaster. I started out the season on fire and did things no one had seen for years. Although I knew what I was capable of, it definitely took the country by surprise. After teams started doing different things to try and slow me down, at first it was a difficult adjustment. But I truly believe that I did all I could to stay positive and tried to help the team win games. Those experiences have definitely helped me in the NBA. Because now it is nothing new, and I’ve learned to lean on and trust my teammates more. That experience in college really helped my growth.

Can you describe draft night? What were your emotions?