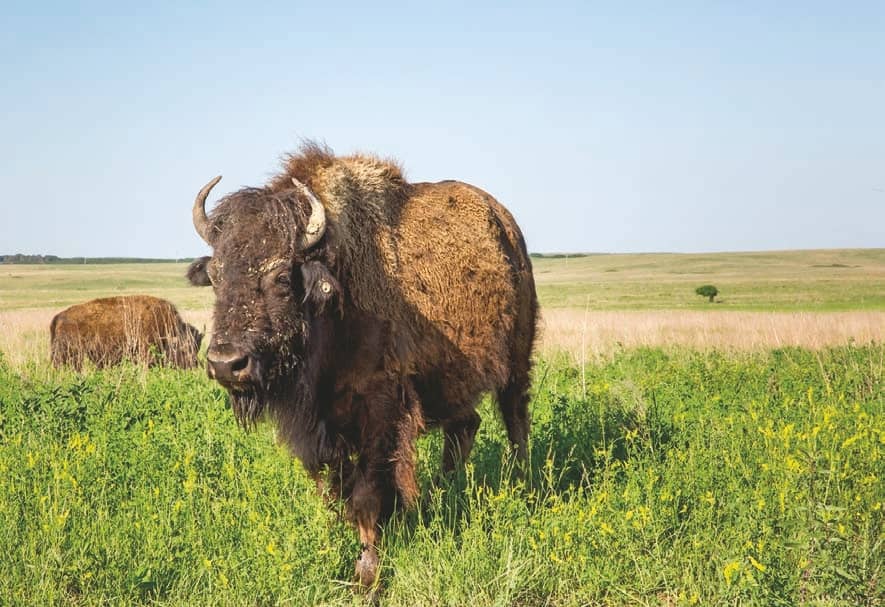 Imagine the surprise of Osage chief Pa-huh-skah when he tried to scalp an enemy, and the man’s snow-white wig came off in his hands. The chief cherished his trophy and wore it so often thereafter that Pa-huh-skah came to mean “white hair” in English.

This northeast Oklahoma town of 3,400, its name is taken from the wig-wearing chief, began in 1872, when the Osage Agency was established on Bird Creek, then Osage Indian Nation Territory.

Three fine museums tell the story of the town.

The Ben Johnson Cowboy Museum, which opened in June, explains the county’s ranching history, alongside displays of local artwork and spurs and saddles made by cowboy craftsmen.

TV screens scroll through scenes from Academy Award-winning actor Ben Johnson’s Western movies and photos from his family collection. The real-life rodeo star, named World Champion Cowboy for 1953, was born 27 miles away in Foraker and is buried in Pawhuska.

“Jesse James was here, and so were Pretty Boy Floyd and Bonnie and Clyde,” says Tyng. “The scale of what we have really surprised people.”