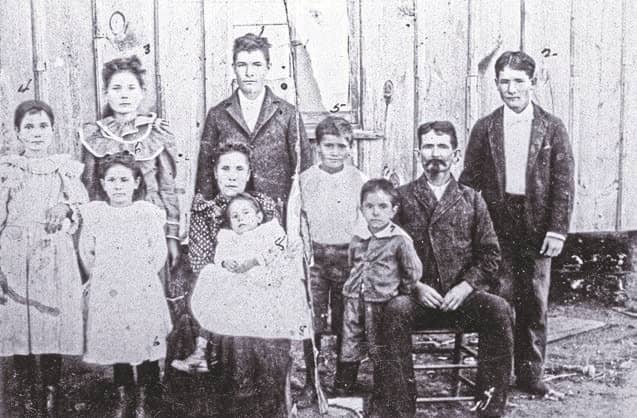 Josiah Gordon Scurlock ain’t the guy made famous as Billy the Kid’s sidekick in Young Guns.

The movies done Doc Scurlock wrong. Or at least the Young Guns flicks did. The real guy wasn’t Keifer Sutherland-handsome. He wasn’t as loquaciously poetic. He didn’t marry a beautiful “celestial” ward of L.G. Murphy. And he sure as heck didn’t die bloody in the final reel.

The real Doc was born in Alabama in 1849. He may have studied medicine for a bit in New Orleans, hence the nickname. By age 20 he was in Mexico—and there he drew first blood. He got into an argument over a card game and guns were pulled. The other man shot Doc in the mouth, taking out his two front teeth before the bullet went out the back of his neck. Scurlock managed to return fire and kill his opponent.

By 1871, he was back in the U.S., riding for cattleman John Chisum in Texas and New Mexico. After four years, Doc wanted to quit; Chisum refused to pay him. Doc took several of Chisum’s horses and saddles and lit out for Arizona, figuring the bill had been settled. The rancher sent gunmen after him with orders to retrieve the stolen items and kill Scurlock. But he told the riders what had happened and they let him go.