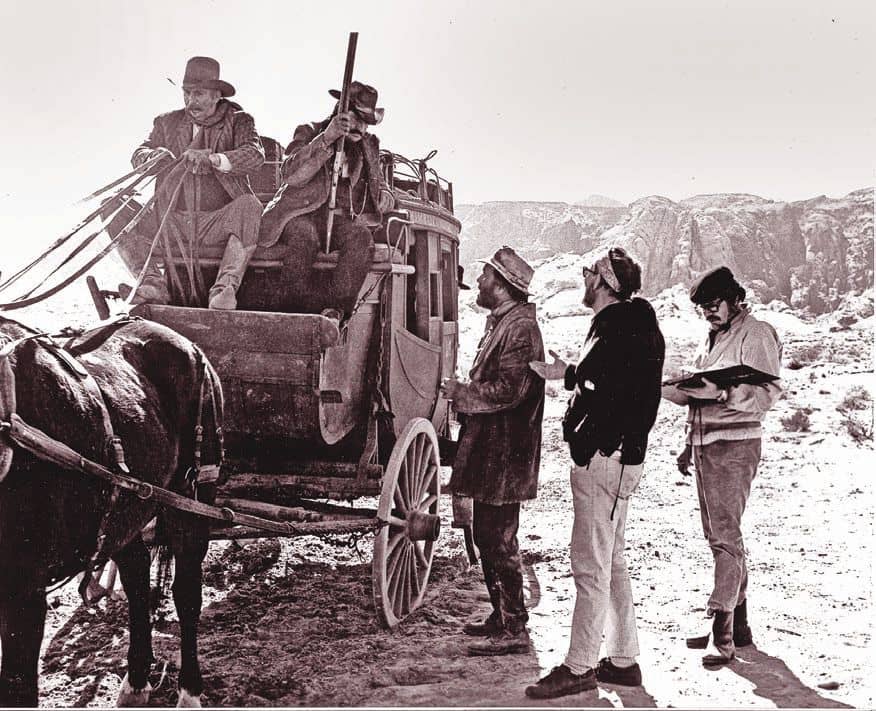 At 93 years old, the award-winning New Mexico author is reflective on the movie business, actors, directors and his legendary friendship with Sam Peckinpah.

Ol’ Tony Hillerman told me one time, ‘Max, you know, if you option a novel, you’ve got to hope they don’t make the movie. Because then you can’t option it again.’ He was giving me advice long after the horses had entered the corral.” Legendary Texas-born cowboy, artist and author Max Evans—who is 93 and still writing—recalls, “I lived off options for a long time.”

His first novel, The Rounders, was published in 1960, and became a hit movie in 1965. His second novel, The Hi-Lo Country, was published in 1962, and despite being optioned repeatedly, didn’t reach the screen for 37 years—it was a contemporary story when he wrote it, but a period picture when they fi lmed it. Celebrating the 20th anniversary of the release of the fi lm version of The Hi-Lo Country, Evans talked with True West about his Hollywood adventures.

“I’d read everything from Shakespeare and Balzac to dozens of shoot-’em-up write about what I really knew. So, I decided to write post-World War II. When I left for that war, ranchers were working cattle mostly from horseback. After I got back, the West was changed forever by pickup trucks replacing the horse.”