The Final Nail in the Apache Kid's Coffin 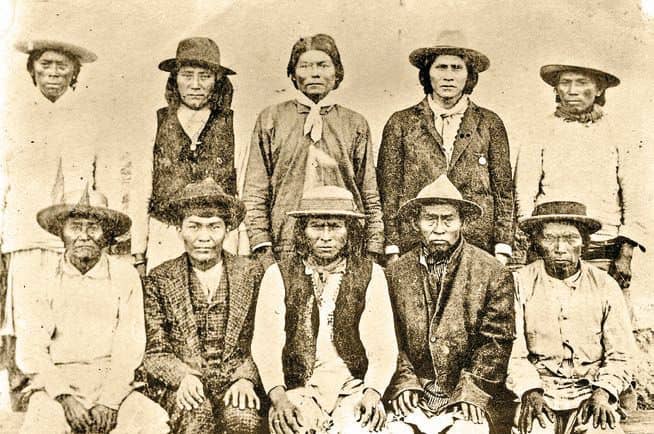 EVIDENCE POINTS TO DEMISE OF RENEGADE WANTED ON BOTH SIDES OF THE BORDER.

Everyone in the posse took notice of a pair of binoculars taken from the Apache’s body. The Apache Kid always carried them from the time he was a scout, and no other Sierra Madre Apache had been found with them. Only a few leaders, including Geronimo, had access to field glasses. The year was not 1886, however, and the surrender was long past. It was November 11, 1900, and yet another encounter with renegade Apaches, by Mormon settlers, had played out with bad luck for those who rode with El Chivito’s band.

The New York Times reported the Apache Kid’s demise on November 23: “President Joseph F. Smith of the Mormon Church, who has arrived here accompanied by A.O. Woodruff and other church elders after a tour among the colonies in Mexico, reports the killing of the notorious Apache Kid in the recent Indian raid in Colonia Pacheco.” Posse members agreed that the fallen leader was the Apache Kid. The Cluff brothers, Mormon President Anthony Ivins and church elder Orson Pratt Brown had either seen the Apache Kid at San Carlos or had viewed wanted posters of him. President Ivins had plans to claim the reward. Brown captured the scene on film, writing, “I had taken my camera with me, and I took a photograph of the Indian Chief. He had been shot through the nipple and the bullet came out on his back left side….” Yet no bounty was ever collected. No photos were ever found. Without proof, the death of the Apache Kid appeared to be an impossible dream, despite the posse’s visits to the San Carlos Apache reservation in Arizona Territory to claim their reward. Nevertheless, the men believed they had gotten their man—the Apache who murdered members of the Thompson family in 1892 and rode rough shod for years over settlers in the rugged Sierra Madre Mountains and along the restless U.S.-Mexico borderlands.

Journals and letters compiled by the men who participated in what they considered the final death throes of one of the Southwest’s most destructive and hated outlaws were amazingly detailed.