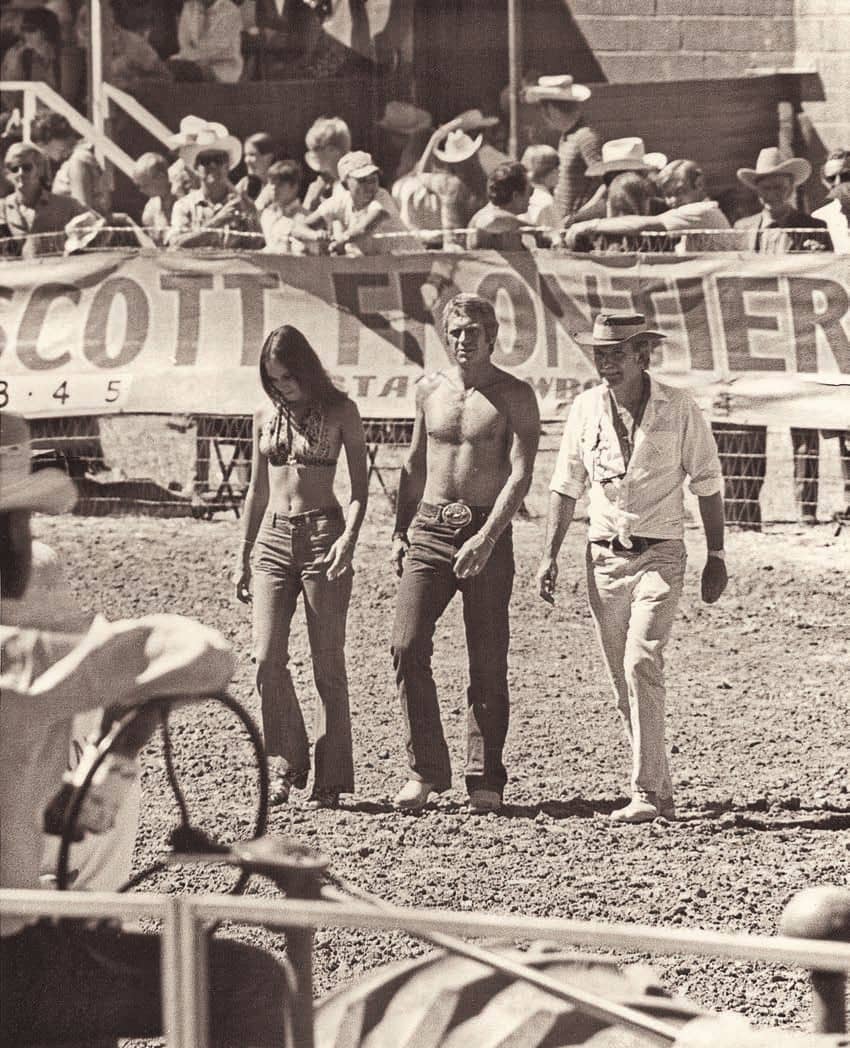 In the early 1970s, Hollywood filmmakers were leaving the studio back lots of Los Angeles with fresh screenplays in hand, actors under contract and movie crews in tow into America’s urban landscapes, rural back country and the small towns of the heartland. They were seeking a realism that could not be recreated on a soundstage, the light, sounds and physicality of the locations, and most important, the real people and places that had inspired the screenwriter’s words.

Over Labor Day weekend in September 1970, my father Jeb Rosebrook received a call from his agent Mike Wise. “Robert Redford wants a rodeo story. Do you have one?” Wise asked. Little did he know that my dad had just written a first draft of a story, “Bonner,” about an aging rodeo star whose career, family and hometown are all on the line. His agent also didn’t know that the highly personal story about my father’s adopted hometown, written after a short visit back to Prescott for the rodeo and the Fourth of July, would change the fates of so many, so quickly—especially our family.

My father, who first came to Prescott as a 9-year-old boarding student to attend the nearby Orme School in early 1945, had not been to Prescott since 1955, and the changes he witnessed driving into the historic Yavapai County seat from Cordes Junction through Mayer, Humboldt, Dewey and Prescott Valley made a strong impression on him, especially the development of the wide-open spaces of the Fain Ranch.

The “Bonner” story and the Junior Bonner screenplay that developed under the tutelage of producer Joe Wizan reflected my father’s love of Prescott and Yavapai County, its history, culture and people. A novelist before turning to screenwriting, he imbued his scripts with rich detail, lean, warm dialogue and history. Always history. And his words inspired Wizan to take the script to actor Steve McQueen and director Sam Peckinpah, both of whom signed up to participate in the production almost immediately. And they all wanted to make the movie in Prescott and Yavapai County. The reasons were many and personal why McQueen and Peckinpah wanted to leave the confining nature of film production in Hollywood, but most important, they wanted to produce the film on location in Arizona in the real-time of Prescott’s Frontier Days Parade and the World’s Oldest Rodeo. And in the summer of 1971, Peckinpah, McQueen and Rosebrook—disparate individuals united in purpose on location by producer Wizan— came to Prescott and left with a piece of history on film. 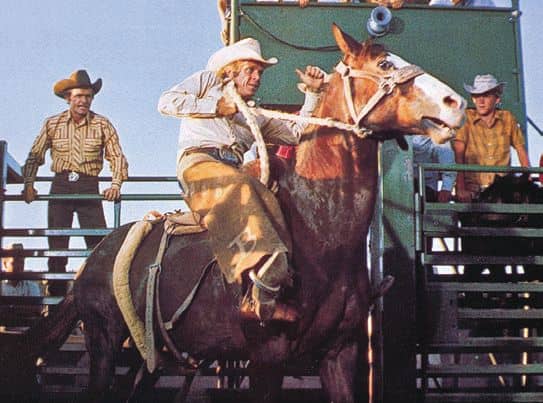 Junior Bonner was not the only rodeo picture of 1972 (Redford’s call for a rodeo story was definitely influential across Hollywood), but it can be argued that it is the greatest rodeo movie ever made in Arizona, about Arizona and Arizonans. Underneath—like the film—it is a deeply personal homage to family, historic Prescott and the small towns and ranchlands of Yavapai County. One reason the film was successful—and remains such a snapshot in time and history—was its location manager, the local Arizona Film Commission representative, president of the Fair Association and the Prescott Jaycees Rodeo Chairman, William Pierce. The local businessman was well-connected, friend to all and was not intimidated by Peckinpah or overly in awe of McQueen (he drove the star around on his motorcycle to get to locations during the parade sequence). Pierce recognized the locations my dad wrote about in the script and he was able to open all the doors to secure all the fi lm’s locations. Pierce’s contribution to making the film a reality were so appreciated by the production company that the film ends with a heartfelt message of special thanks to Pierce.