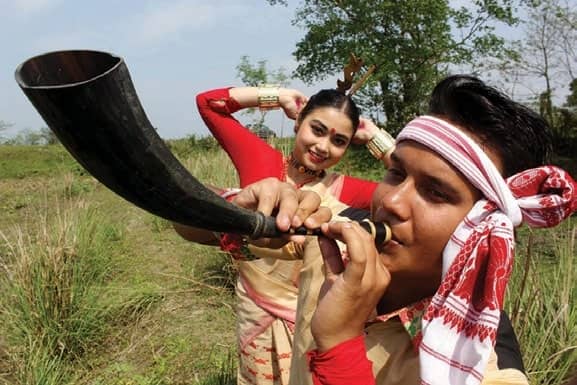 Tiwa or Lalung is an indigenous tribe of the Tibeto-Burman race whose habitats are mainly Assam and Meghalaya.

ALBERT THYRNIANG
They are also found in Arunachal and Manipur. Literally meaning “the people who were lifted from below”, Lalung is a recognized scheduled tribe in Assam. They prefer to call themselves Tiwa though in the Assamese Buranjis (Assamese Chronicles), Colonial literature and in the Constitution of India, the term Lalung was/is used.

Tiwas are divided into two groups — the Plains Tiwas and hill Tiwas — each with rather contrasting cultural features. The Plains Tiwas live on the flat lands of the southern bank of the Brahmaputra valley, consisting of Morigaon, Nagaon, Hojai, Kamrup, Sibsagar, Jorhat, Lakhimpur and Dhemaji districts of Assam which may be called Tiwaland (Tiwashong).

Culturally, religiously and linguistically the Plains Tiwas have been hugely influenced by the dominant non-tribal population of the plain. Except in the foothills and in rare villages in the plain, Assamese has become the mother tongue of the vast majority of Plain Tiwas. Even in primary school Assamese is the medium of instruction. Though with specific features, their religion has many elements of Assamese Hinduism.

Plains Tiwas follow the patrilineal system of descent. Their patronymics are not derived from their clan’s names but are common Assamese, and plain Tiwas ethnic surnames are like manta, Dekaraja, Dewraja, Bordoloi, Konwar, Doloi, Kakoti, Deka, Deory, Bhuyan, etc.