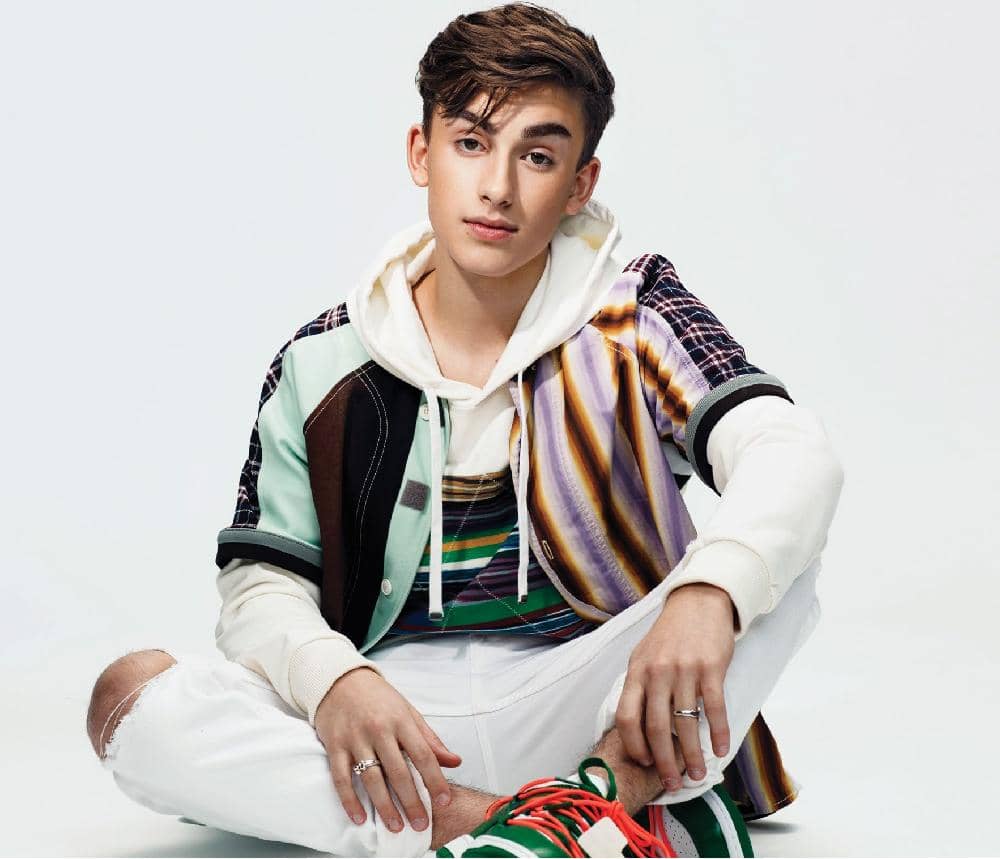 Despite his young age, Johnny Orlando drives many crazy — blame that on his awesome vocals and singing talents, not forgetting his good looks.

He’s the new kid on the block and is all set to bloom into a star soon. Like so many great artistes before him, Johnny Orlando got his start on YouTube when he was barely six years old. he began uploading covers of songs by fellow Canadian Justin Bieber, Shawn Mendes and Taylor Swift in 2011. Orlando also took a jig with a song by The Chainsmokers and made his improvisations to it in his own amazing way. many of these cover songs began going viral and before you knew it, there were millions following him. One of his most memorable covers is a rendition of Mendes’ hit Stitches.

A native of Mississauga, Ontario, Johnny was born on 24 January 2003 and is the youngest in the family to sisters Lauren and Darian. he was raised by his dad who played music constantly in the family home. It exposed him to different kinds of music growing up, but his biggest inspirations are Billie Eilish, The Weeknd, and Justin Bieber.

Johnny is an avid vlogger and regularly uploads video diaries to his channel, often accompanied by his sisters. Several of his vlogs give a behind-the-scenes look into the young singer’s life, and are a must-watch for fans.

With wide coverage all over, Johnny was signed onto Universal music Canada in May 2018 and released the singles What If (featuring Mackenzie Ziegler), Last Summer and All These Parties. Last Summer was a resounding follow-up track, charting on the Billboard Top 100 and accumulating millions of views and streams.

Mackenzie and Orlando did a song together called Day and Night, a couple of years ago. Their music producers introduced the two who immediately became friends, and have since travelled all over the U.S. and Europe together.