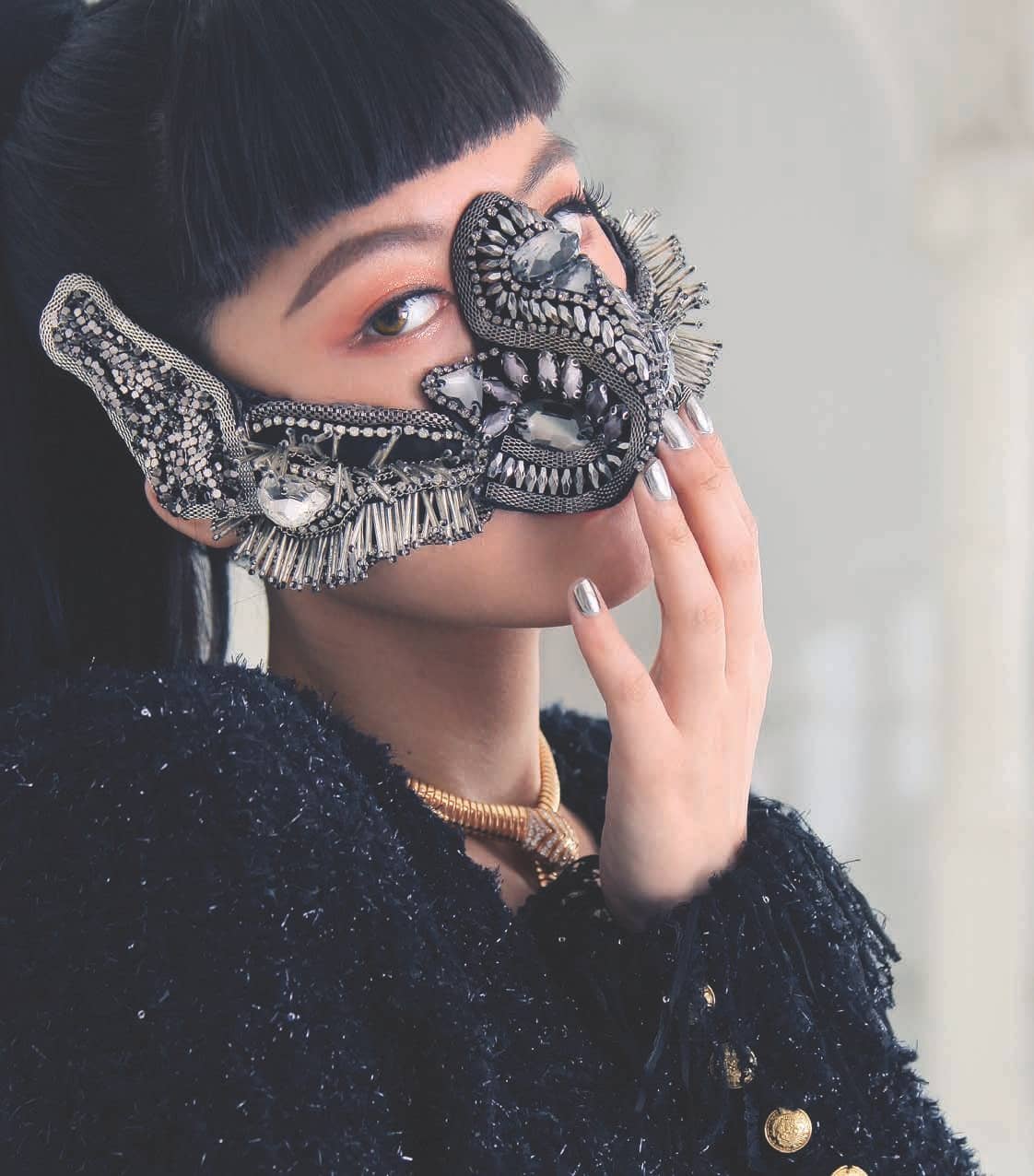 How did an enigmatic pop star who never shows her face, become the new face of electronic music in our little red dot? It’s obvious: she lets her music do the talking.

Take one glance at our mysterious cover girl and you might wonder: “What’s up with the visor?” Aside from her haunting vocals and futuristic styling, rising EDM singer-producer Jasmine Sokko is borderline anonymous. For one, you’ll never catch her without her signature visor – “the girl with the mask”, is what most people call her. We gotta admit, we couldn’t help but feel intimidated when we first got to know her. But as soon as she entered the room with her mask off, what we see is the elusive girl-nextdoor who simply enjoys reading and watching documentaries. “I’m actually a very boring person!” as the self-proclaimed “full-time nerd” nonchalantly puts it, but we certainly didn’t mind seeing this side of her.

Contrary to popular belief, her decision to stay hidden wasn’t a calculated one. “It all started with the music video for ‘1057’,” the songstress tells us, where she recalls donning a mask in order to tie in with the narrative. “I was supposed to take off the mask at the end, but we decided to cut out the last scene. We just did it for fun and ultimately, I realised that this whole mask identity is very close to me as a person because I’ve always been an introvert. I prefer being lowkey. If people get to experience me, I’d like the first touch point to be my music instead of my appearance.”

Her dedication to anonymity worked wonderfully in her favour. Not only was she able to successfully craft an artistic persona that is distinctly her own, the 23-year-old has also built a burgeoning solo career thanks to her sheer vocal talent. And as much as we’re curious about the face behind the mask, her achievements are just as worthy of recognition. In addition to penning chart-topping hits like ‘HURT’, ‘600D’ and her latest tour de force ‘TIRED’ – which solidified her status as one of the most-streamed local female musicians on Spotify – she has also been making major waves across Asia. Earlier this year, she concluded a successful stint on China’s hottest electronic music reality programme Rave Now, where she came in fourth place and made history as the only Singaporean contestant to compete at the finale. And it’s safe to say her popularity in China isn’t slowing down anytime soon, having gained over 65,000 followers on Weibo in just six weeks following her debut on the show.

With her second EP in the making, her new banger ‘TIRED’ making its rounds on the airwaves and tons of gigs lined up, it’s only a matter of time before Jasmine Sokko blows up the pop world. Read on for the rest of our interview.

Hi Jasmine! So tell us – what first got you hooked on music?