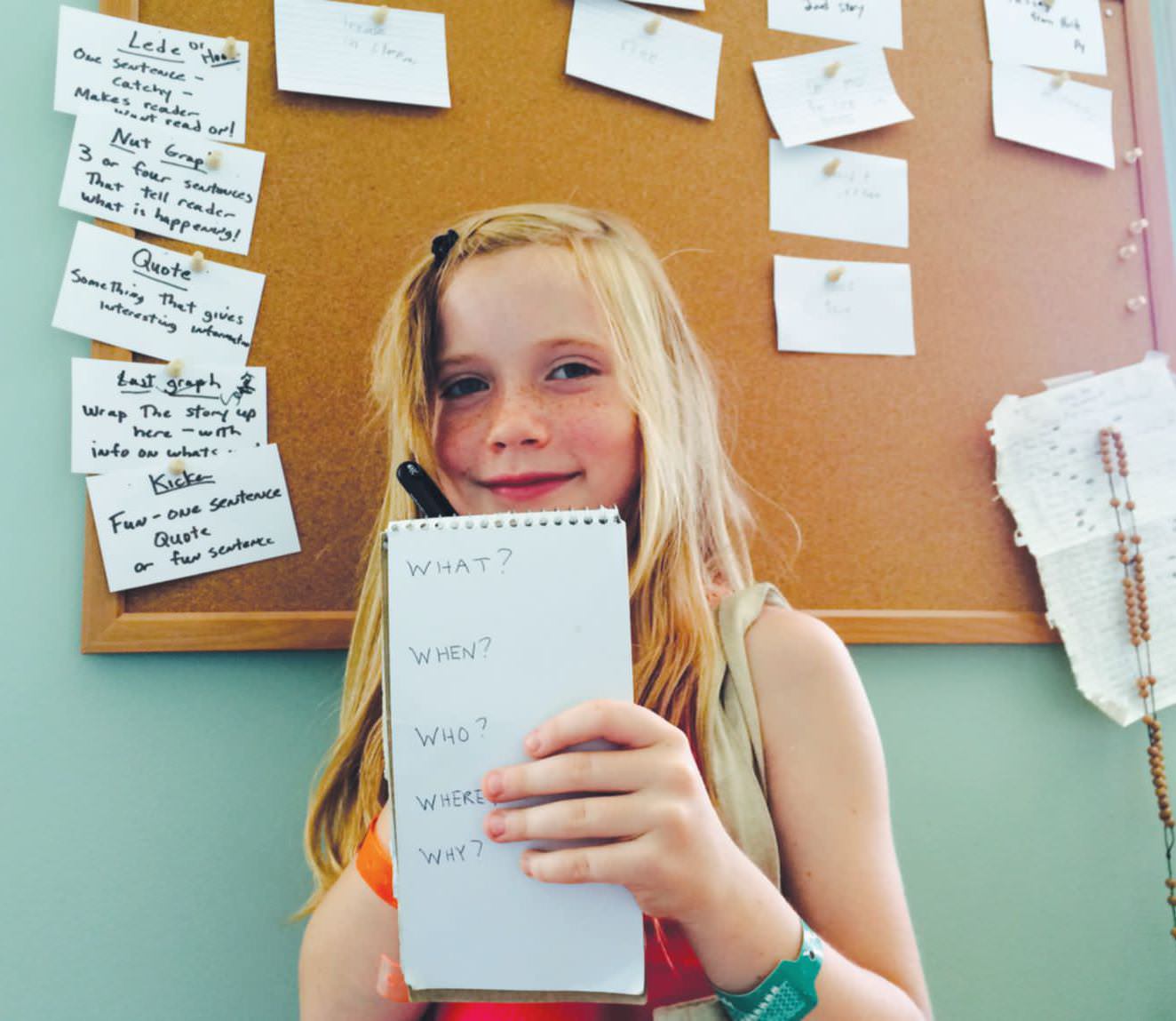 In one small Pennsylvania town, an 8-year-old's newspaper is serving the public interest.

Hilde Lysiak hopped on her bike and pedaled south past the old Selinsgrove Inn, past the farmers market with the Amish couple selling home-grown veggies and pies, past the local police station where no one was around to answer the door, and over the green truss bridge above Penns Creek before hanging a right onto a shady road that hugs the river. It was a brilliant July Saturday morning in Selinsgrove, a quaint hamlet of about 5,000 in Pennsylvania’s Susquehanna River Valley, where Hilde publishes Selinsgrove’s only monthly newspaper, The Orange Street News.

Today was Selinsgrove’s sixth annual Ta-Ta Trot, a 5K that drew some 2,100 runners and raised more than $71,000 to fight breast cancer—a feel-good story, for sure, but Hilde wasn’t interested. There was hard news to chase.

Two days earlier, a small tornado had torn through town, toppling trees and scattering debris. The street along the river caught the brunt of it, and Hilde had come to survey the damage. She parked her bike, whipped out her Moto G Android smartphone, and started snapping pictures of downed branches and limbs. Then she walked up to a white ranch house and knocked on the door.

An older man with an ample potbelly answered, and apologized for being shirtless. With a mix of affability and confusion, he looked down at the freckly blonde 8-year-old standing before him. She had her pen and pad in hand. Homemade press credentials dangled from her neck. “Hi. I’m Hilde from The Orange Street News, and I was wondering if you could tell me what happened a couple nights ago.”

He gestured to his neighbor’s property. “This gentleman over here got the worst of it,” he said. “It went through his house and then went out in the middle of the Susquehanna River and went to the south.” Hilde took notes. She asked the man for his name and spelled out the letters in her notebook: “B-O-B M-A-Y-H-E-W.”

She walked next door, where a bearish tattooed guy in a white tank top and shorts was outside working on his boat. “The wind kicked up like that,” he said, snapping his fingers.“Out of nowhere. It started to rain really, really hard. The next thing you knew, the trees from both sides of the road were blowing down. Ten seconds later, as quick as it came, it was all over.”

“Was anybody hurt?” Hilde asked.

“Nope. Within 10 minutes, I heard chainsaws abuzz and everybody was getting their stuff back in order. I lucked out real good.”

Hilde walked back to her bike and smiled. “That went really well!”

for an industry with an uncertain future, where newspapers and newspaper jobs have been disappearing like a species on the road toward extinction, where “reporter” tends to rank low on the list of desirable careers, it feels refreshing to see someone so young so interested in journalism. But Hilde isn’t just another precocious kid with a hobby. She attends town meetings. She covers crime without the police department’s cooperation. She shows up at the scenes of breaking news events. Sure, Hilde’s far from being a pro, but she still provides a public service in a town without a dedicated local news outlet.

Her newspaper began as a family digest written by hand for her parents and siblings. (Children have been making such publications for as long as crayons and scrap paper have existed.) Then, Hilde explained the night before she went out on her reporting assignments for the August issue, “I realized it wouldn’t get me anywhere.” She told her father, Matt Lysiak (that’s lee-shak), a 37-year-old journalist and former New York Daily News reporter, that she wanted to do a newspaper for real. The deal was that Hilde would be responsible for all the story ideas, writing, reporting, and photography. Matt would be her editor and handle the typing, layout, and printing. Every month, the HP 7110 in his third-floor home office spits out hundreds of pages. “I love it,” Hilde says.

Never too young Hilde Lysiak, 8, is learning the basics of journalism through her own monthly newspaper, The Orange Street News.

She caught the journalism bug from her father, watching with awe and excitement as he hustled for New York’s “hometown newspaper.” She’s drawn to the profession for the same reason lots of reporters are: It’s a license to ask people nosy questions and get them to tell you things. Hilde says she loves doing interviews and coming away with “all this information.” Near term, she says, “I just want to do as many issues as possible and I want to expand. I want more people reading it.” Long term, her goals are loftier. “I don’t really want to work for a newspaper. I want to do my own. I kind of want it to become as big as the Daily News one day.” For locals, it may seem more novelty than pillar of the Fourth Estate. But if Hilde were to stick with it, The Orange Street News could evolve into something more meaningful. “People think it’s cute,” says Selinsgrove borough president Brian Farrell. “As far as being taken seriously or competing with other newspapers, I don’t know if I’d go that far. But hopefully in the future it will. She could turn it into whatever she wants.”