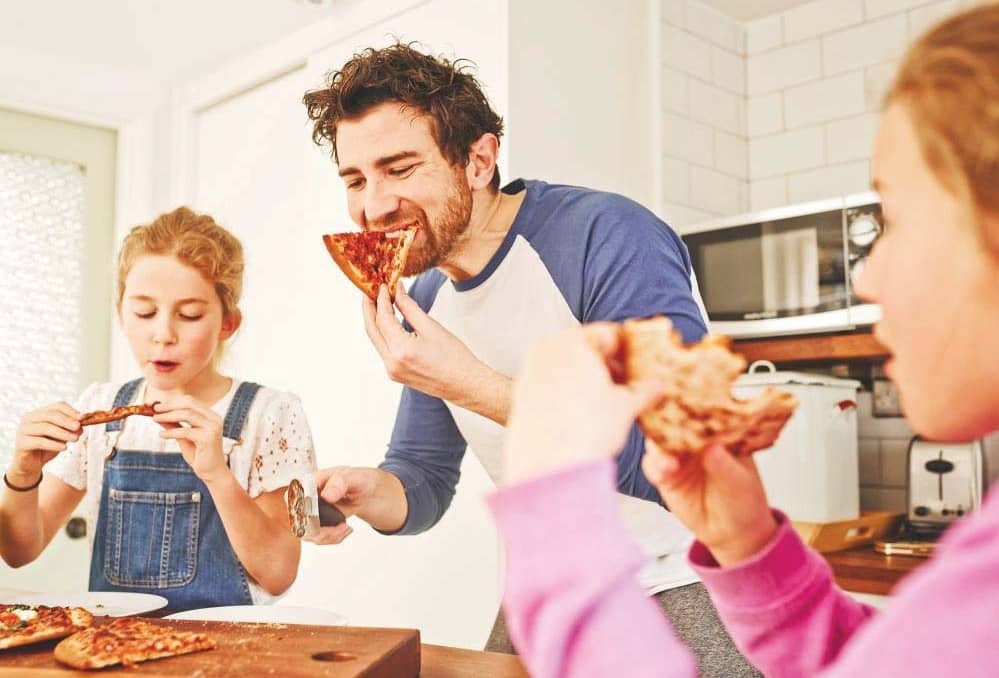 It was a sorely tempting opportunity, but would Clare ever be able to forgive herself?

Why?’ Clare asked her daughter, while keeping her eyes on slicing a tomato for the packed lunches.

‘Lou’s parents are paying for the cinema, but I need money for pizza afterwards.’

Perched on the work surface, Tiffany swung her legs so her heels banged against the kitchen unit. On an ordinary day Clare would have put a stop to that.

‘It’s only 20 quid,’ the teenager persisted.

‘But Bea’s got swimming!’

At the table, playing with her video game, Tiffany’s younger sister kept quiet.

‘You’re mean!’ Tiffany said, jumping off the worktop. ‘You don’t care if I don’t have any friends.’

Just then, Adam wandered into the room, dressing gown over his pyjamas. His face looked grey with exhaustion.

‘Can’t you sleep?’ Clare felt guilty that raised voices had probably disturbed him.

Adam shook his head. ‘I’ve been awake for a bit.’

They both hated it when he worked nights, but with the threat of redundancies hanging over the whole site he didn’t have a choice.

‘Who’s this Lou?’ Adam said, rubbing his eyes. ‘You haven’t mentioned him.’

‘Louise!’ Tiffany made a show of exasperation. ‘She’s new, Dad!’

To keep the peace, Clare took a note from the tin in which she was saving money for the Easter holidays. It was only a few weeks away and she wanted to treat the kids to a trip to Alton Towers.

She hadn’t mentioned it to them yet, nor even told Adam – she wanted it to be a surprise. Adam enjoyed those crazy rides as much as the children.

‘Yesssss!’ Tiffany whooped as she took the note.

‘Only this once,’ Clare said. ‘What’s the big deal?

All my friends get more pocket money than me. Lou Avery…’

‘Don’t talk like that to Mum,’ Adam said. ‘Go and get ready for school, both of you.’

As the children hurried out, Clare and Adam exchanged sighs. ‘Perhaps we ought to tell her,’ said Clare, ‘why we haven’t got money for treats.’

The company where Adam worked was going through a tough patch. Head office was sending a new managing director to review the viability of the site. There were sure to be redundancies, the site might close.

Tiffany and Bea were too young to remember how hard it’d been last time.

Clare said goodbye to the children, making sure they had everything they needed for the day ahead. There was barely enough room on the porch for the three of them, it was so crowded with coats, shoes and bags.