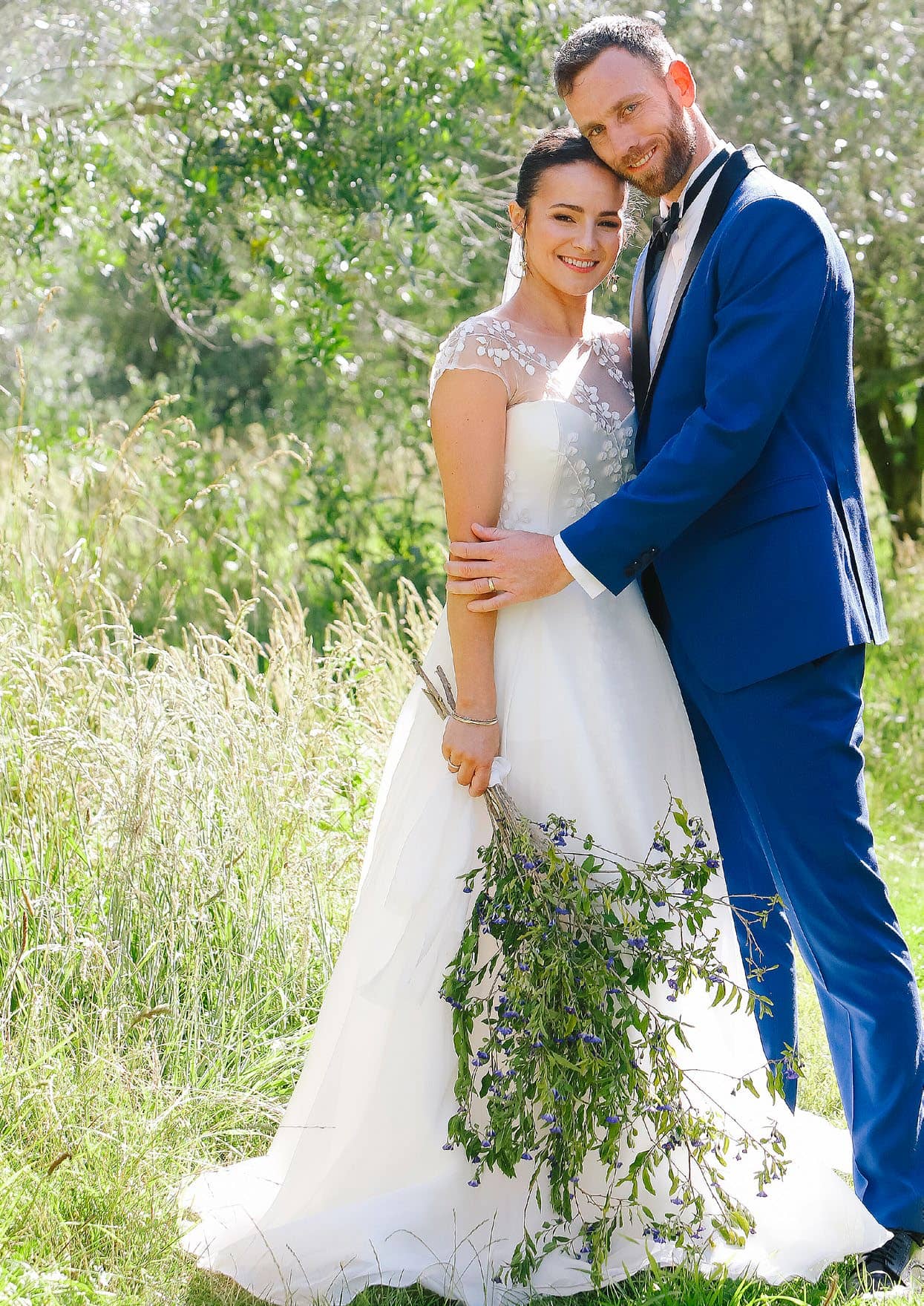 A mid the leafy backdrop of a quiet olive grove, top-seed tennis player Michael Venus stands beneath a gazebo, white silk billowing softly in the wind. As his gorgeous bride Sally Trafford walks up the aisle, his heart melts.

“Seeing her was really emotional,” the 32-year-old later tells Woman’s Day. “That feeling in your stomach – it was like having butterflies.”

And as the smitten pair turn to face each other, a smiling Sally reaches up to adjust her groom’s crooked bow tie, causing the guests to erupt in laughter.

“We’re not the most serious of people and we wanted the wedding to reflect us as a couple,” explains Mike, as he’s known to friends and family.

The duo’s special day comes just days after arriving in Auckland from their home base of London. The Kiwi couple chose Auckland’s Bracu for its minimalistic yet romantic vista, which suited their down-to-earth personalities perfectly. 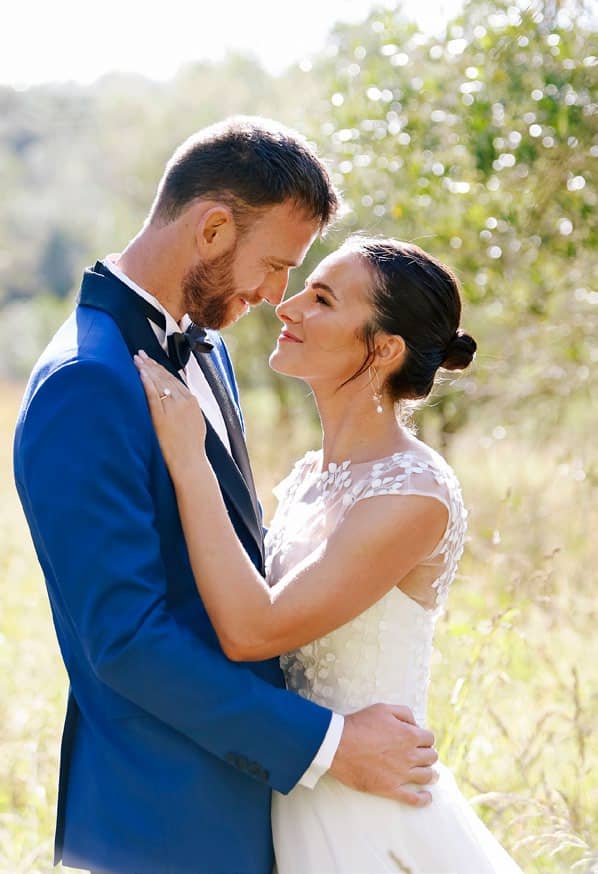 Mike and Sally, who share 14-month-old daughter Lila, admit that planning a wedding from the other side of the world was difficult, particularly when there were so many last-minute jobs to do. The sportsman was juggling a hectic practise schedule with tasks such as getting the cars cleaned, writing his speech and having his beard trimmed!

But as their special day comes and morning rain gives way to mid-afternoon sun, the groom looks relaxed greeting guests as they arrive at the stunning venue. Among family and friends are fellow doubles player Marcus Daniell, and US players Bradley Klahn and Christina McHale.

When 3.30pm rolls around, people take their seats as Mike, looking a tad nervous, chats with his groomsmen at the end of the aisle. Celebrant Ken Youngson, who Mike has known for 10 years, welcomes everyone and, catching a glimpse of a white Jaguar, asks them to stand.