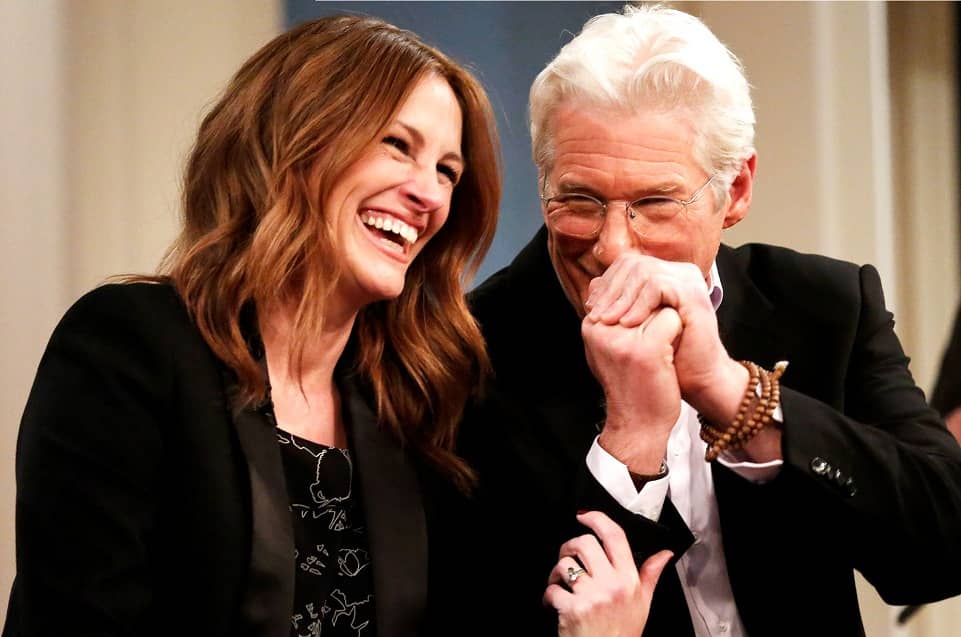 Richard and Julia made two movies together – the smash hits Pretty Woman and Runaway Bride – and always had a certain magic.

“You can fake anything in this business except chemistry,” Pretty Woman director Garry Marshall once said. “When two people kiss, the audience knows if there’s chemistry or not, and Richard and Julia had great chemistry.”

And while it’s rare that the spark continues off-set, these two remain as close as ever. When Richard, 70, and his third wife, Spanish activist Alejandra Silva, welcomed their son Alexander last year, Julia, 52, apparently showered the baby with gifts.

“Julia and I will always be connected,” says Richard. “[I still talk to her] all the time.”

However, it turns out that their celebrated Pretty Woman pairing almost didn’t happen. “We couldn’t find anybody that we wanted [for the role of lonely tycoon Edward Lewis],” recalls Julia, who was then only 21, and had already been cast in the film as the prostitute Vivian Ward.

The actress took matters into her own hands when she and Garry sat down for dinner with Richard, who was 39, in New York City. “I just said, ‘You have to do this movie.’ I kind of pleaded with him in a very real way,” she says.

Richard had become their choice for the role, after a succession of actors and comedians had tried out unsuccessfully.

“We screen-tested with all these different people,” says Julia. “We couldn’t find anybody that we wanted. We didn’t have the feeling that anybody had what it took to play this part. You needed a real alchemy.”

And then came dinner with Richard at his apartment, a meal the pair both fondly recall... alchemy and all.

“Garry brought me in [to meet him] and said ‘Julia, Richard, Richard this is Julia – I’ll see you later,’ and he walked out,” laughs Julia, recalling the moment they met. 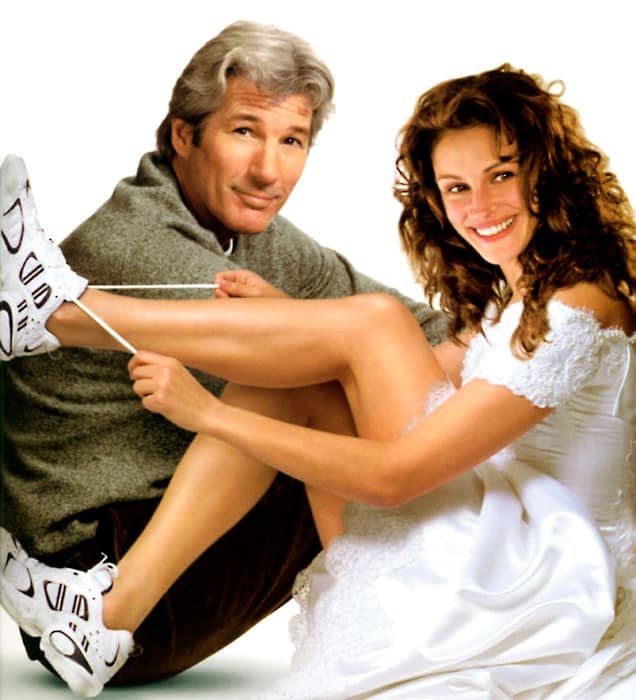 For Richard, the moment was life-changing, especially as he wasn’t sure he really wanted the role.