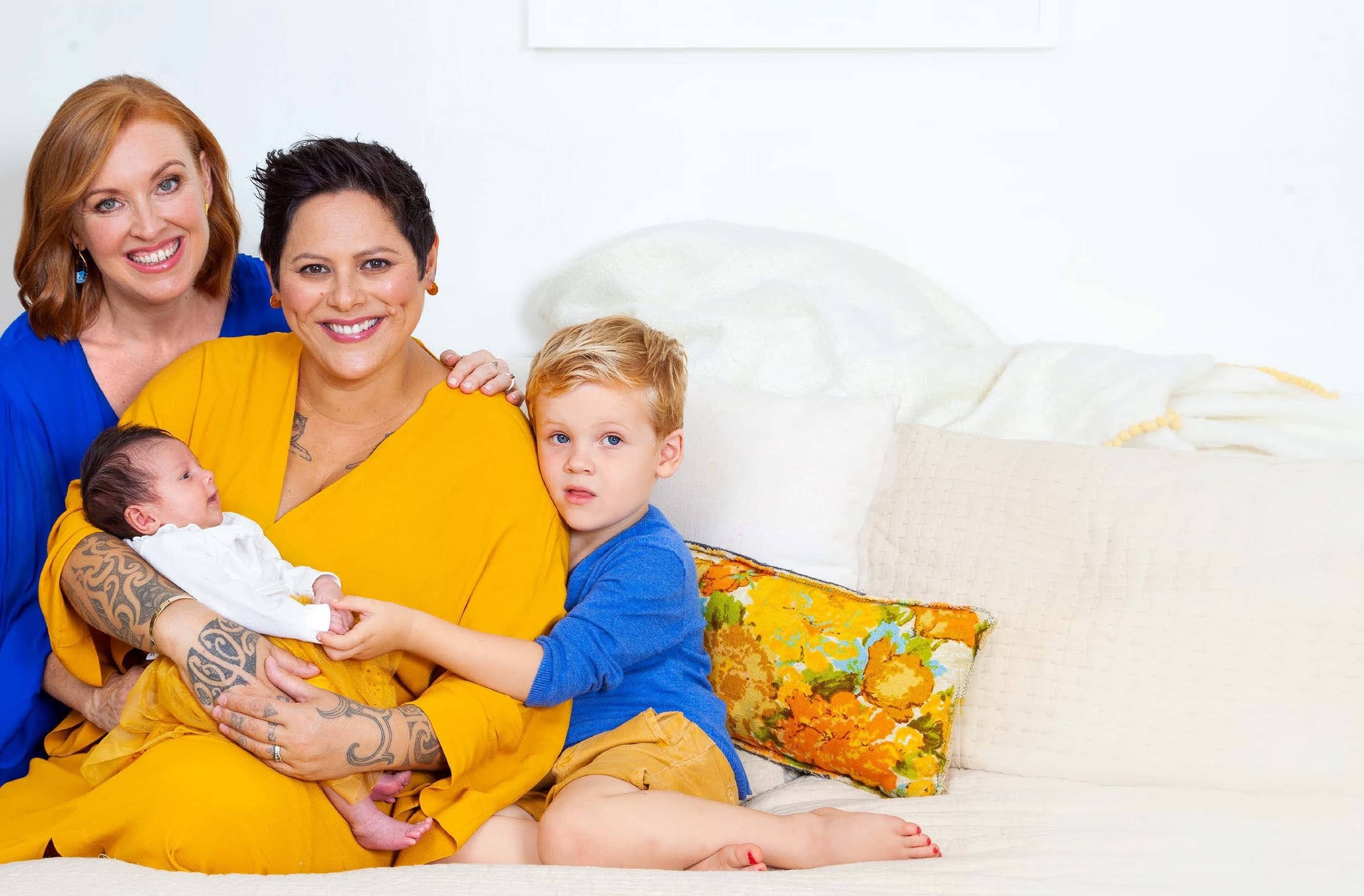 Five-week-old Marigold Tui Grace Utting-Moa is peacefully sleeping in her cot beside her mums Anika Moa and Natasha Utting, who are both wearing comfortable and very glamorous cotton floral dressing gowns.

The three of them make a peaceful family scene with Anika in her “breastfeeding chair”, which she’s rarely left since Marigold came into the world, and Natasha sitting relaxed on the floor at her feet. The married couple quite unconsciously hold hands while they talk.

A visitor to their blissed-out home would have no inkling that just weeks before they were involved in a high-stress, emergency Caesarean birth which only Marigold will be able to forget.

“We were three weeks away from her birth date and I had a sense something wasn’t quite right at the beginning of the week,” recalls Anika. “I had been out for my baby shower dinner, and I just felt really icky and weird.”

At a check-up the Wednesday before the birth, the doctor said Marigold’s weight had dropped and Anika’s placenta was drying up. “I couldn’t feel anything physically, but I felt it in my wairua [soul],” she says.

Anika was told the baby needed to come out and soon.

“I was so overwhelmed that I just said, ‘We can’t have a baby because we’re going away for the weekend,’ which was so ridiculous,” tells Anika. “But Natasha wasn’t with me because she was at work and I just felt like I needed to have her involved in this decision. The doctor looked at me like I was mad and told me I really needed to get the baby out to make sure she’s safe.”

Anika agreed to have Marigold induced that coming Sunday, “which was great because it meant I could fly my mum and my best friend Nicky [Claridge] up from Christchurch for the birth.

“But I also had to reconcile myself that my hopes of a natural birth were not going to plan. It was pretty scary, but I just had to dig deep and tell myself I’d be having this baby soon.”

On the Sunday, Anika was induced using a balloon to help dilate the cervix and prepare for the birth.

“I was in labour for about 11 hours, and it was all going beautifully and slowly, but then they decided to break my waters to hurry things along, and that’s when trouble hit,” explains Anika. Marigold’s heartbeat dropped immediately, and Anika and Natasha were rushed to the delivery suite and told they might need to do a C-section.