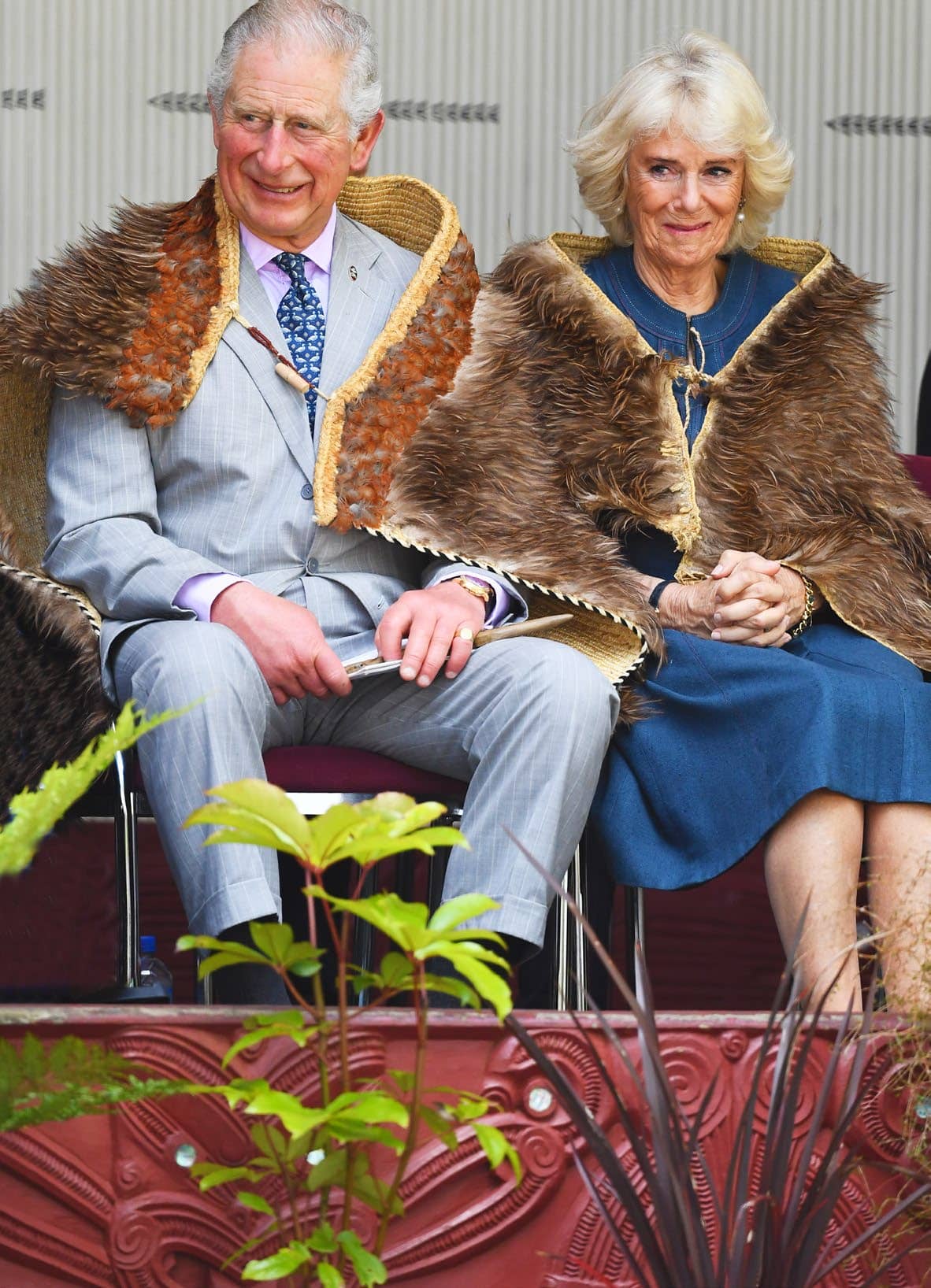 Heir they are! The couple are happy to be away from the trouble at home

Just as the senior royals’ jet was landing at Auckland’s Whenuapai airbase around 1.30pm on Sunday, Britain was reeling from Prince Andrew’s catastrophic television interview about his links to paedophile billionaire Jeffrey Epstein.

But in the face of controversy, the heir to the throne did what royals do best – keep calm and carry on! 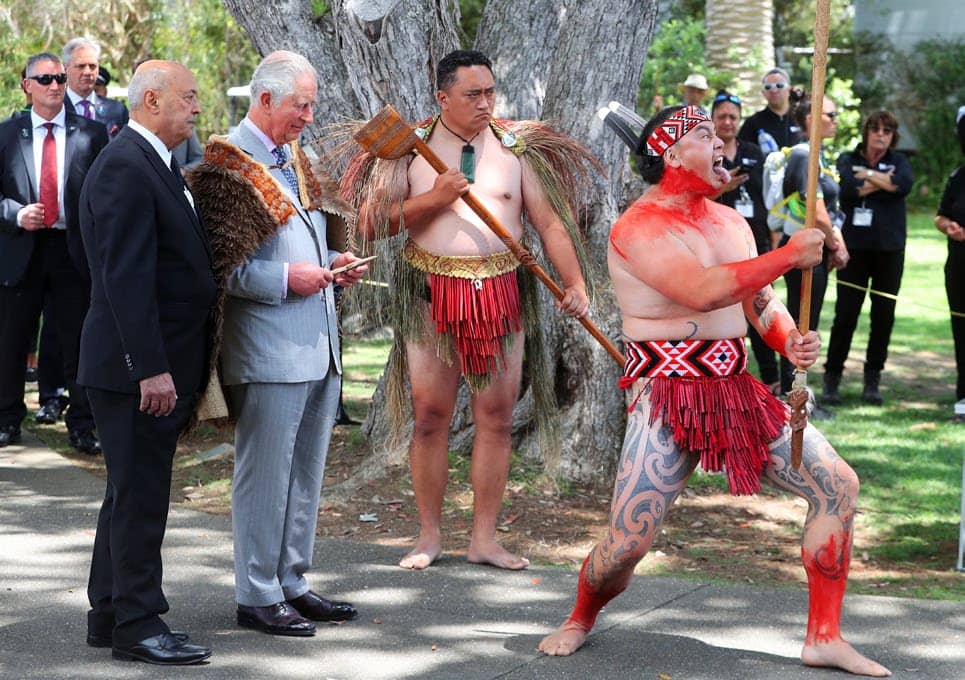 The Duke and Duchess of Cornwall cut fine-feathered figures on Wednesday – the third day of their official tour – as they visited the historic Waitangi Treaty Grounds in Northland, wearing traditional korowai cloaks as they were welcomed on to the grounds.

The prince smiled and laughed at light-hearted moments of the ceremony, but became solemn for the duration of the powhiri – and the future king later gave a speech in which he reaffirmed his children’s and his grandchildren’s commitment to the treaty. 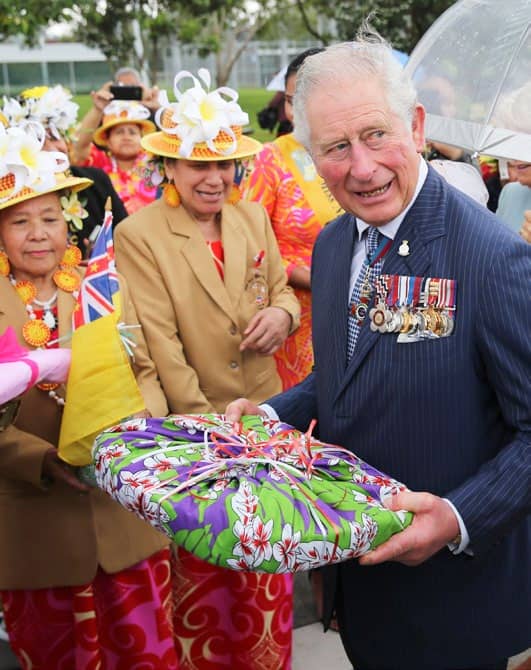