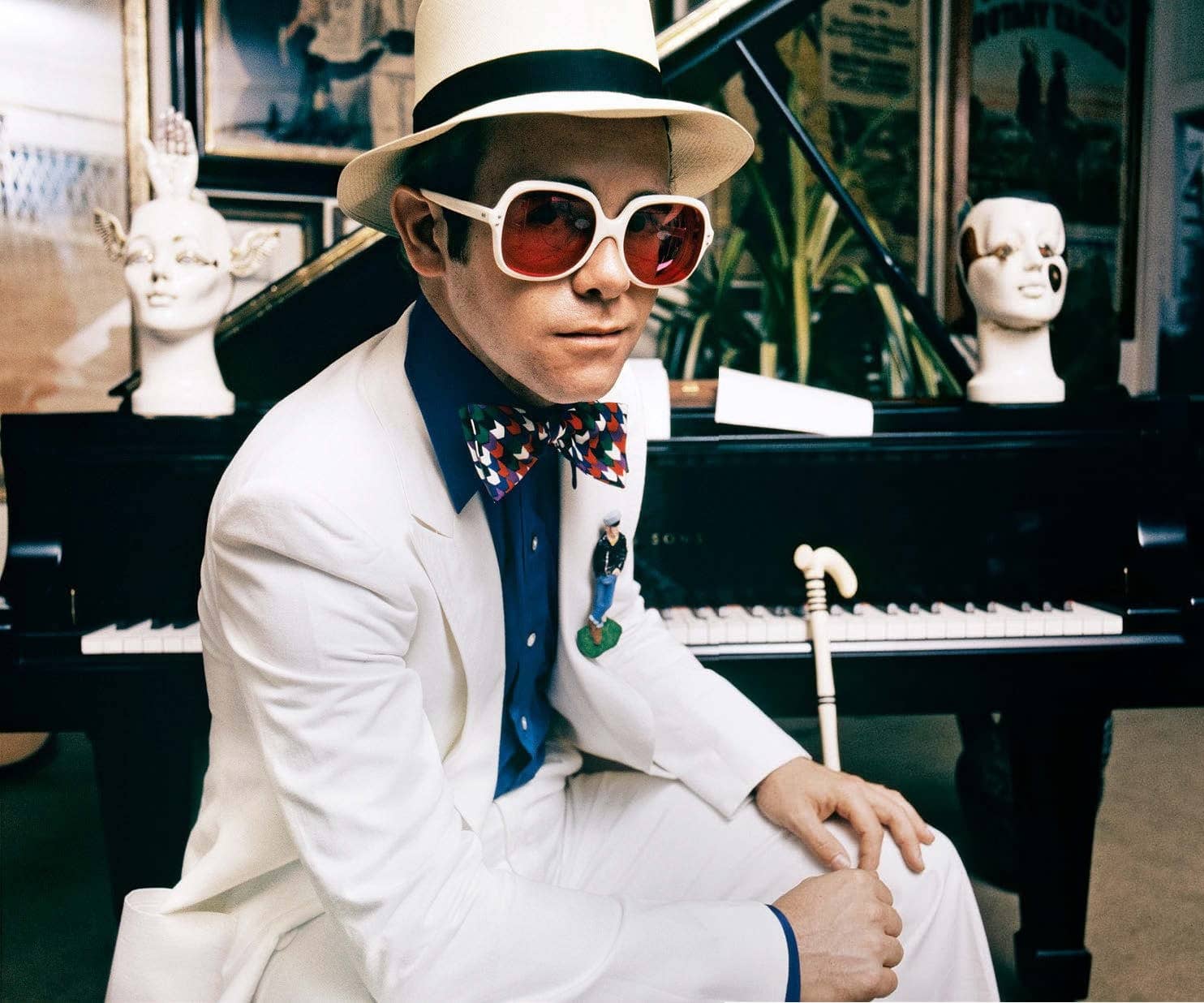 Sir Elton John is in high spirits. He is 12 months into a three-year farewell tour that has sold out arenas and sports stadiums around the world, and earned some of the most rapturous reviews of his 50-year career.

“The last time I had notices like this, I had a full head of hair and the writer had to spend half the review explaining who I was,” is how he puts it. His musical biopic Rocketman has grossed nearly $200 million at the box office and he’s about to publish his autobiography Me.

Full disclosure: I spent three and a half years working with Elton on the book. The first interviews took place on the set of Kingsman: The Golden Circle, in which he had a cameo role that involved wearing one of his old stage costumes from 1974. It’s an outfit entirely made up of multicoloured marabou feathers, a headdress covered in jewels and mirrored glass, and a pair of silver platform boots with “Elton” written on them in giant red letters.

“Of course I can walk in them,” he frowned, when I mentioned the latter. “Listen, I’ve jumped off pianos in bigger platforms than these. It’s like riding a bike – you never forget.”

But however mind-boggling he looked, it was nothing compared with what came out of his mouth: a succession of stories about his life in 1975 – when he was both the biggest pop star in the world and horribly depressed – so lurid that I assumed they’d never make it past the first draft. But they all ended up in the book.

No spoilers, but you’ll never look at a snooker table in the same way again.

There are lots of reasons why Elton has earned national treasure status. Most obviously for his ability to write songs with his longtime collaborator Bernie Taupin that have become part of the fabric of life, but high on the list is that it’s hard to think of another member of the rock aristocracy blessed with such a self-deprecating sense of humour, or such a keen sense that, from the moment he set foot on stage at the LA Troubadour in 1970 – a gig that transformed him into a star – his life has been completely ridiculous.

He talked a lot about the danger of losing touch with who he really was – a gifted but shy, music-obsessed boy from a council house in Pinner. But listening to him, that was what he sounded like: someone who, for all his talent, couldn’t quite believe the way it had all turned out.

Today, I ask him the questions we have been sent, and he is charmingly, fanishly delighted that one is from Bob Dylan, he dissolves into laughter recalling the late Freddie Mercury’s way with words or John Lennon’s attempts to come up with his own drag name. And he is admirably unfazed by the tone-lowering line of inquiry pursued by rapper Eminem: once again, no subject it seems is off limits.

When a tour ends, I have a huge void of time to fill. What are you going to do when this big tour is over?

I don’t have a clue. I’ve got another couple of years to go. What I’d like to do is spend time at my house in Windsor, walk around the garden, catch up with friends, spend some time with the boys [his sons Zachary, eight, and Elijah, six]. I just want to do nothing for about six months and catch up with my social life in England. Whether I’ll be able to do that is another matter – I’m not going to miss travelling, or life on the road, or staying in hotels, but I’m an enormous fidget. When I got sick a couple of years back, I was forced to spend seven weeks at home in Windsor, recuperating. It was the longest time I’d spent there in years, and I really enjoyed it: seeing the boys when they got in from school, hearing their news. I remember when I came out of rehab, there’s this thing they talk about called “the hole in the doughnut”: how are you going to fill the time you used to spending drinking and taking drugs? I had all these extravagant ideas about learning to speak Italian and how to cook, and of course I never did any of them. So I’m not planning on anything like that. I’d just like to take it easy and enjoy the fruits of spending three and a half years on the road. 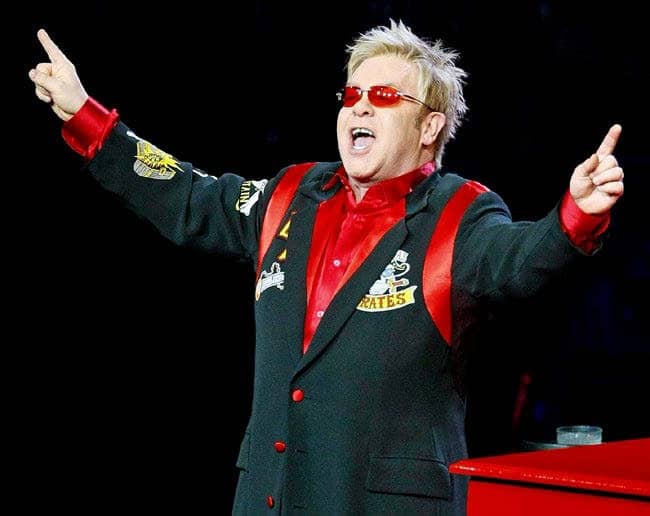 What are your real or imagined top three drag names?

I’ve got three drag names. My original drag name, the one I use the most, is Sharon Cavendish. Cavendish came from a keyboard player in the ’50s called Kay Cavendish, who was always billed as “Kitten on the Keys”. My friend Tony King came up with it. When I’m in France, I am Regine Pouffe. And when I’m in Atlanta, because I live in an area called Buckhead, I’m Tallulah Buckhead. And I’ve been known to check into hotels as Chlamydia Schiffer, which David [Furnish, husband] came up with. You can’t choose your drag name – someone has to give it to you. John Lennon wanted to be Morag, but it doesn’t work like that, so he ended up being Carol Dakota. Freddie Mercury was Melina, after [Greek actor, singer and politician] Melina Mercouri. Rod Stewart’s Phyllis.

If you could be one woman alive and one woman from the past, who would you be?

From the past, I would love to have been Elizabeth Taylor, because a) she was f***ing talented and brilliant, b) she was beautiful, c) she had a lot of sex, and d) she had the most fantastic jewellery. And she became one of the world’s greatest philanthropists. I mean, it’s a very easy choice. She was a very dear friend of mine. She had an absolutely filthy sense of humour, very British.

It’s hard to pick someone from today because there are so many candidates, but I think I’d choose Jacinda Ardern, the Prime Minister of New Zealand. She’s one of the few politicians that I respect and love – she’s got dignity and she’s humane. I think she’s doing a brilliant job.