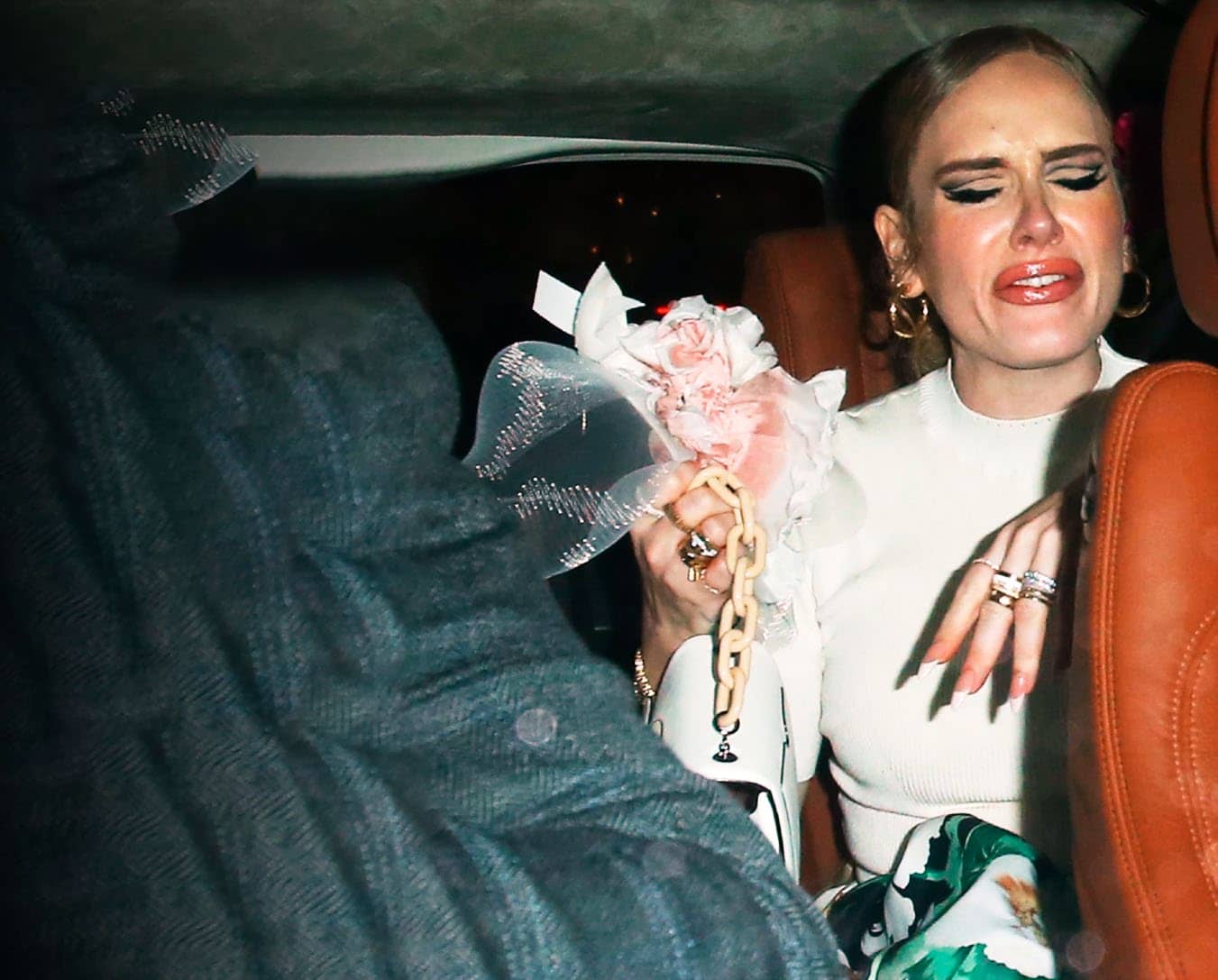 Over the past few months songstress Adele has wowed the world with her dramatic weight loss – dropping an astonishing 45kg in less than a year. And the “Hello” hitmaker initially revelled in the attention, posing for photographs of her newly svelte self with the Spice Girls and soaking up the sun in the Caribbean.

But just lately something else has got under Adele’s skin!

Over the past two weeks the singer has been spotted in public looking uncharacteristically grumpy – twice using a well-manicured finger to flip the bird to surprised onlookers!

Now insiders dish that the “Rolling in the Deep” singer is feeling some serious speed wobbles from her dramatic metamorphosis, and has turned into a “hangry nightmare”.

A friend dishes, “It’s like every time she gets in and out of a car these days she’s yelling at someone on her phone – and there’s always a photographer there to capture it, which only makes her more angry.

“The problem is she’s absolutely, completely starving! She’s so moody and irritable – she needs to eat something other than green juice.”

To add to the warbler’s woes, many people have been speculating online about the real reason for her super-fast weight loss.

The 15-time Grammy winner blew guests away last week at the London wedding of her pal Laura Dockrill, belting out several of her hit songs in honour of the occasion.

But, claims our source, “She didn’t eat any of the wedding dinner, insisting she was suffering from stomach troubles, while later in the evening she was spotted eating a tiny cup of rice. She also stuck to just a couple of small vodka sodas, despite usually being the life and soul of the party.”