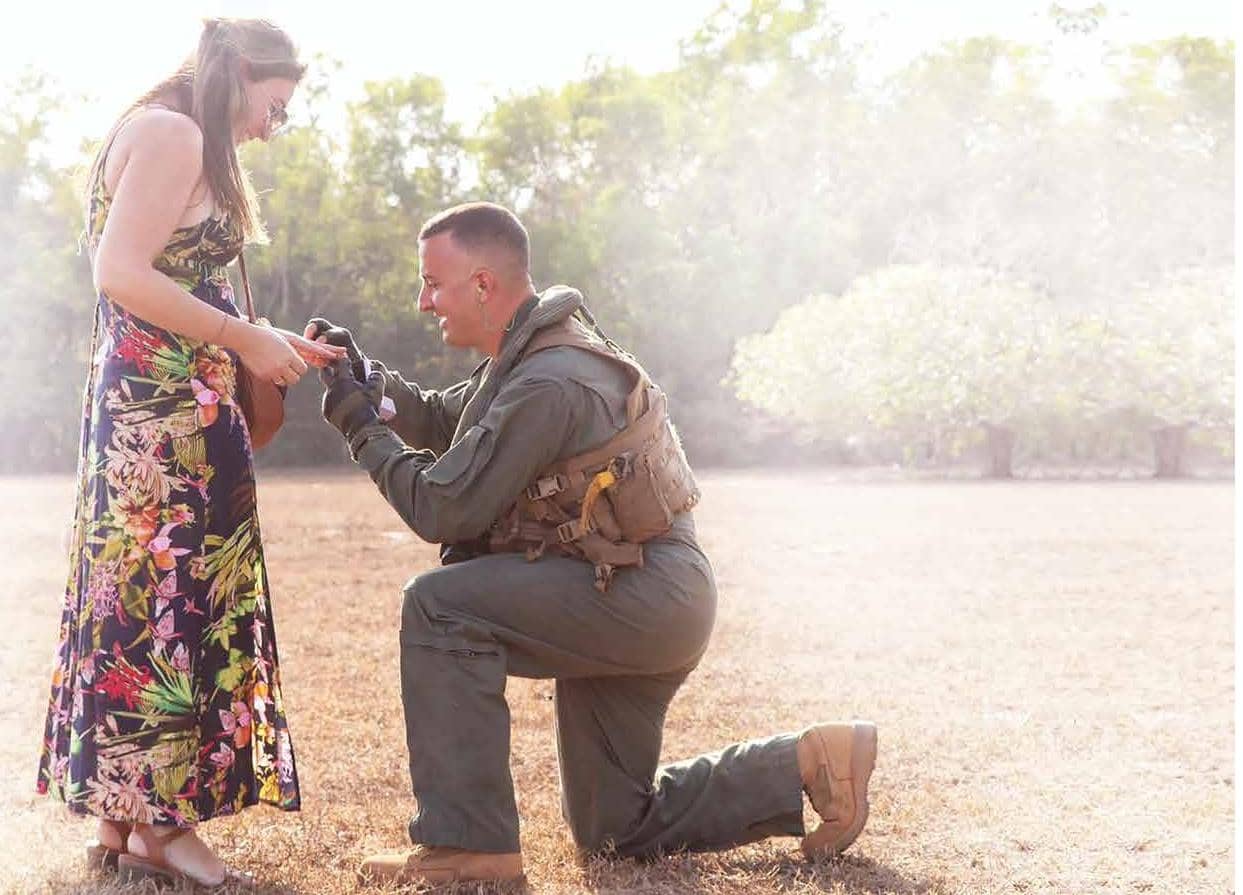 When Melissa Tamblyn was with friends in Darwin’s Monsoons nightclub, the last thing she expected was to fall into the arms of her future fiance! Paying little attention to the US Marines who frequented the club while on deployment, 37-year-old Melissa couldn’t care less that Staff Sergeant Brian Record was trying to spark a conversation.

“You get lots of marines in Darwin,” says Melissa. “They all come and go, so I was being hot and cold with him.”

Despite giving him the brush-off, kind-hearted Brian, 38, came to Melissa’s rescue moments later when she slipped off the elevated platform she was dancing on, straight into his arms. “I had to chat to him after that!” she laughs.