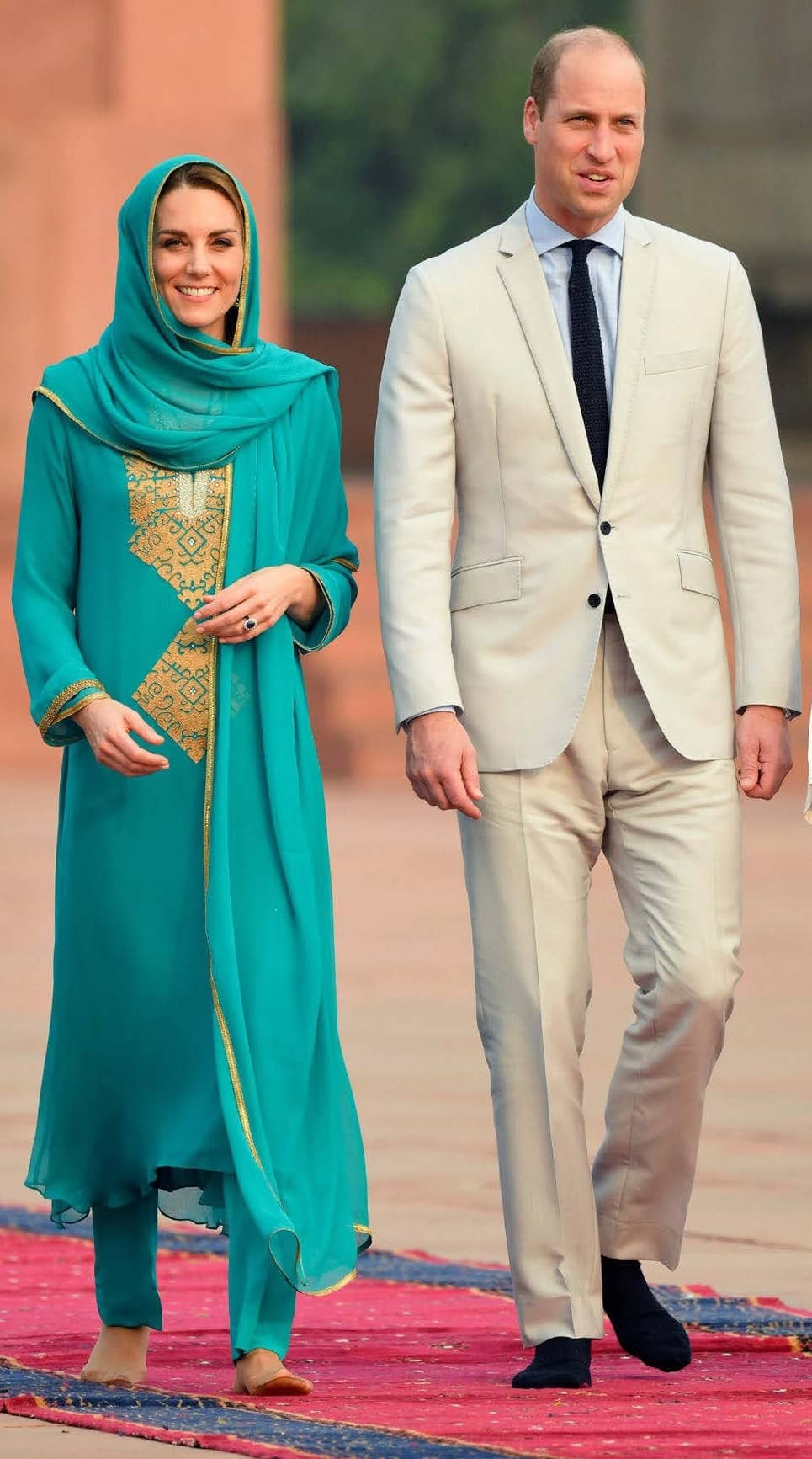 The pair are picture perfect in Pakistan

Almost 30 years after Princess Diana’s ground-breaking first visit to Pakistan, the Duke and Duchess of Cambridge have stirred special memories as they followed in her footsteps on their own historic tour.

Leaving their children in the care of their nanny at home in the UK, Prince William and Kate touched down in Islamabad last week to begin their highly anticipated five-day tour. 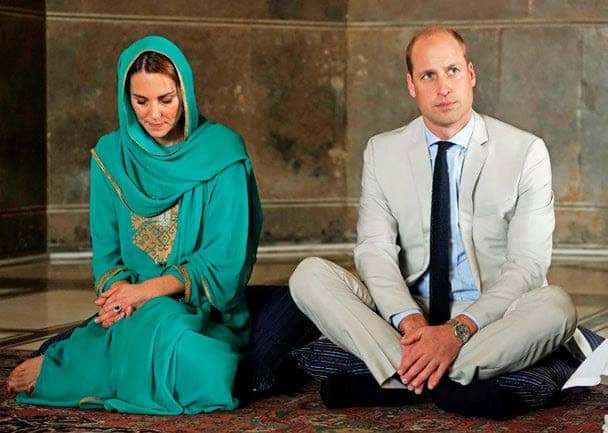 It was the first royal visit to the colourful nation since the Duke and Duchess of Cornwall toured in 2006 – and sources have described it as Kate and William’s “most challenging and complex” overseas mission yet. Indeed, more than 1000 police officers were said to be involved in the security operation to ensure the couple’s safety in the country more recently known for its terrorism.

But as William and Kate, both 37, confidently went about official engagements, they showed no signs of nerves. In fact, they made headlines around the world for their poise, warmth and elegance, again drawing comparisons with Diana, who won the hearts of the nation on her high-profile visits in the ’90s. 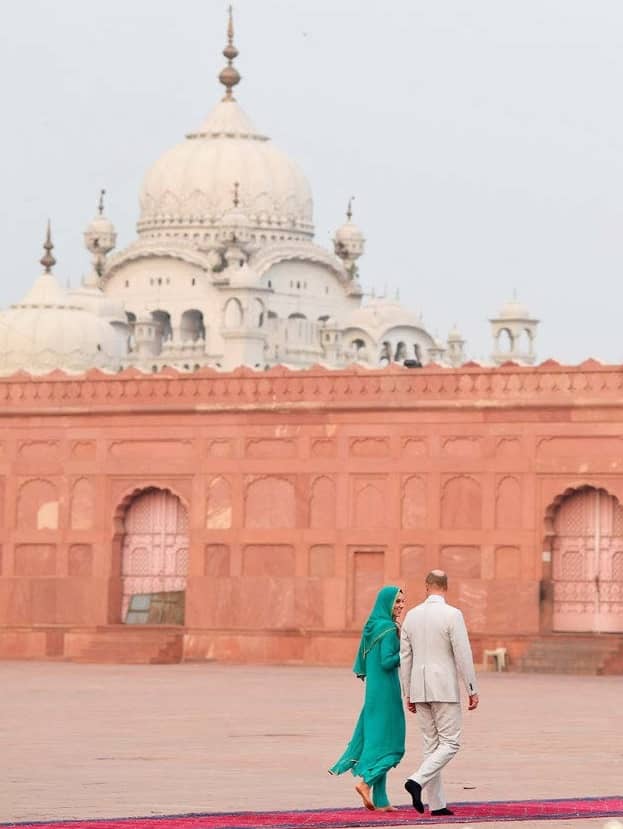 Indeed, like the People’s Princess, virtually each day of the tour Kate showcased Pakistani dress in some stunning fashion choices. She opted for striking traditional ensembles and dazzled in a floor-length emerald gown at a gala.

And on a visit to the Himalayan mountains, the dazzling duchess even donned the same traditional hat worn by Diana back in 1991 and was heard telling her husband it felt “very special” to walk the same path as his beloved mother once did. 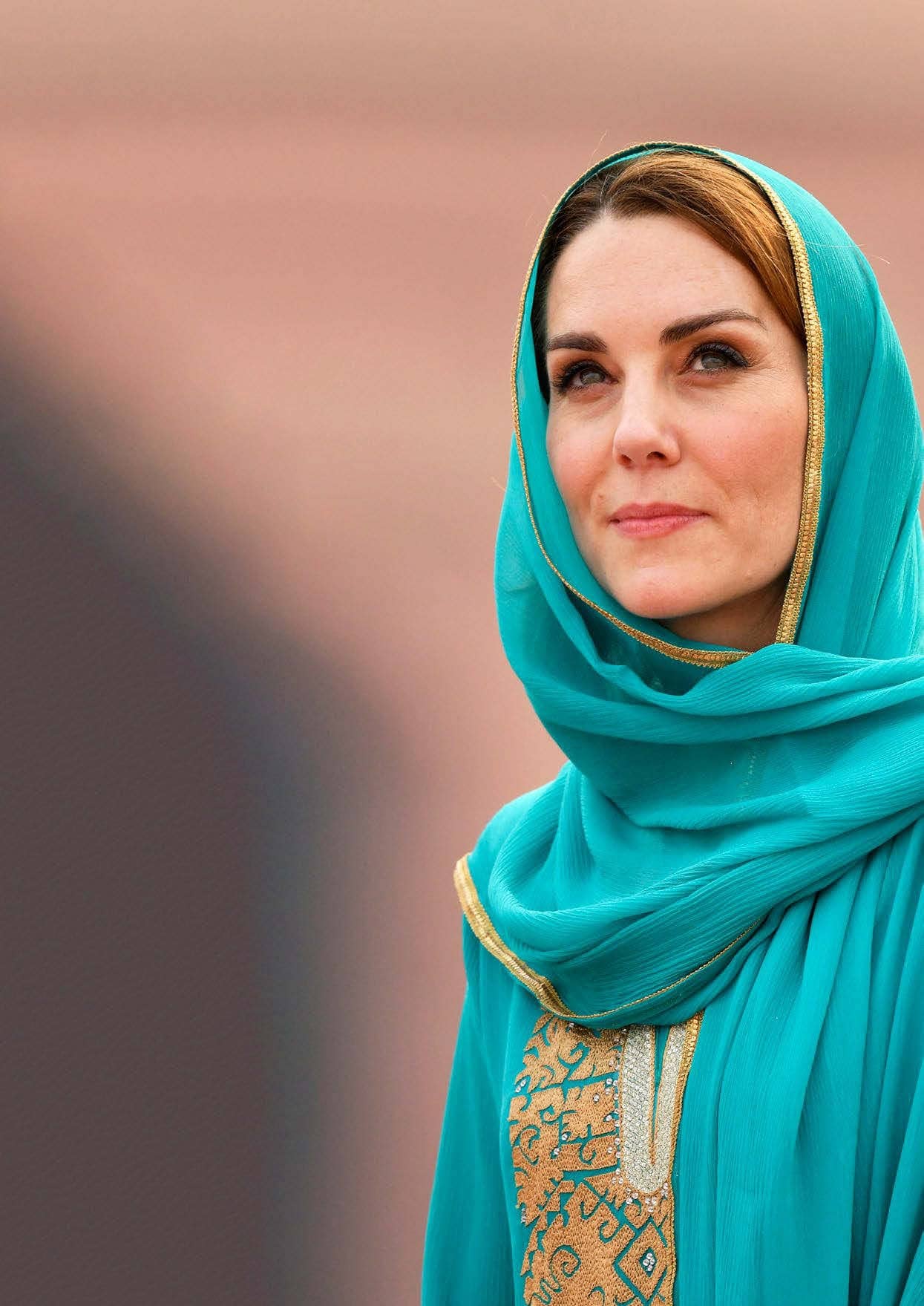 A day earlier, there was a touching moment when a group of school children were overheard telling William that they were “big fans” of Diana, to which he replied, “I was a big fan of my mother too.”

The young royals also travelled to Lahore, where they surprised a group of children at a birthday party in a village for girls and boys who have been through hardship. There, Kate gave her first speech of the tour – including an impressive greeting in Urdu! 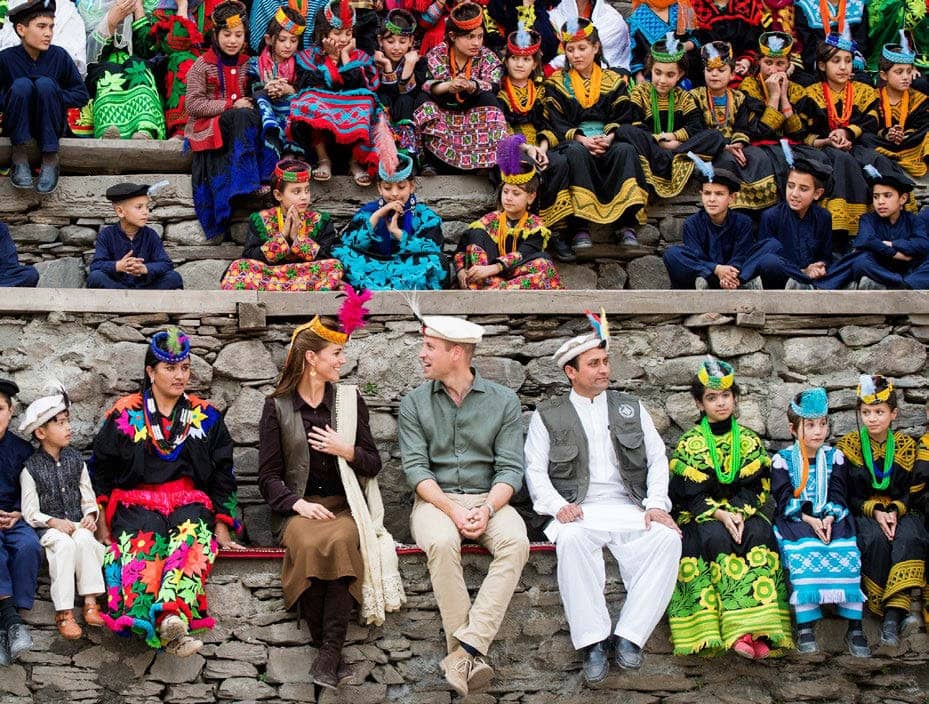 “Being here in Pakistan, William and I have seen that family is at the heart of your culture … You have reminded us exactly what family means,” the mother-of-three said, adding that it’s a term that goes beyond blood relatives. “Instead it describes those special bonds we share with those who make us feel safe and supported. It is the quality of those relationships that matters.”