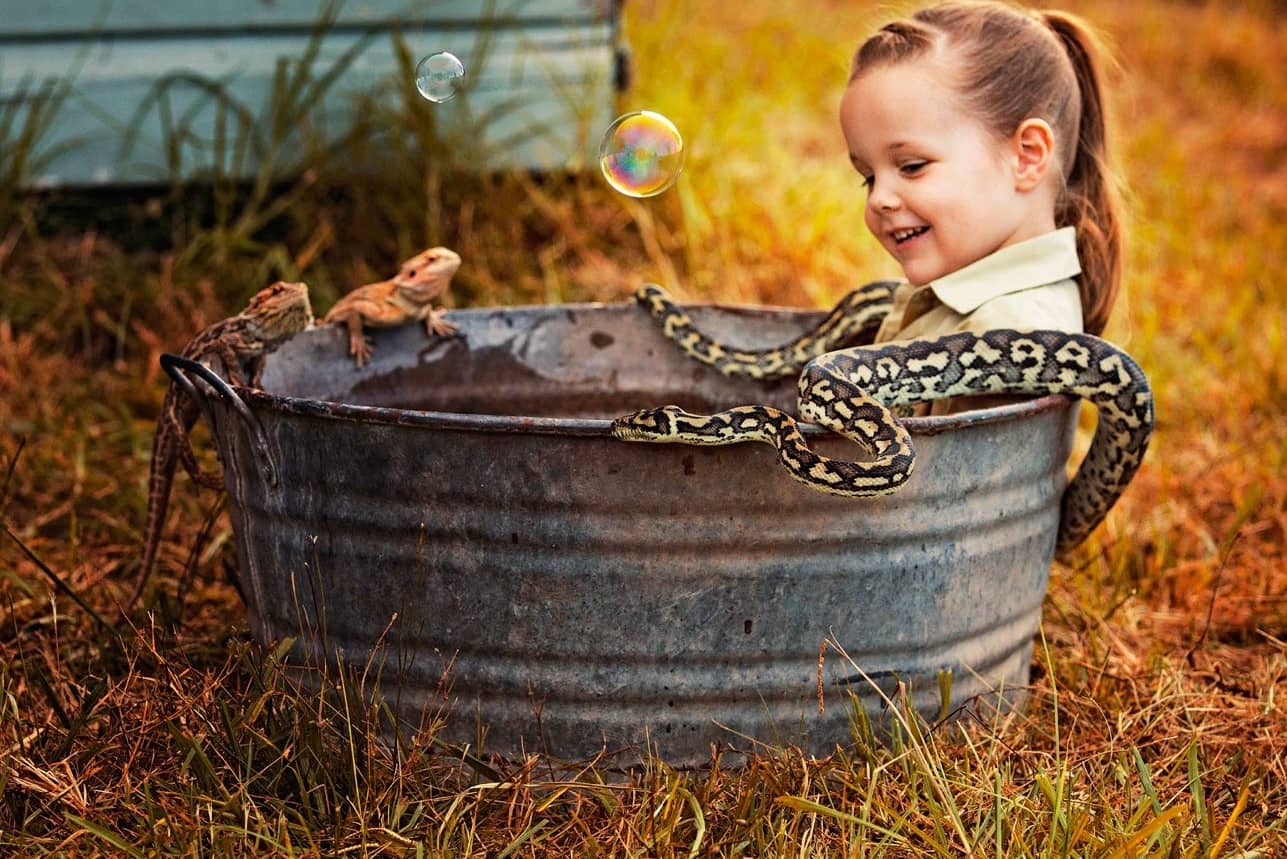 She’s only five, but brave Ashara is well on her way to becoming the next Bindi Irwin

For most parents, seeing a snake wrapping itself around their child would be utterly terrifying. Not so for Michael and Katya Ingham, who are used to their five-year-old daughter Ashara wrangling huge pythons, stroking lizards and picking up creepy crawlies.

“She held her first snake at six months old,” Ashara’s dad Michael tells Woman’s Day exclusively. “At home we have a dog, snakes, lizards, birds and turtles, so she really is surrounded by animals.”

Michael and Katya, who rescue wildlife at their home on the NSW Central Coast, say their daughter has always been fascinated by animals.