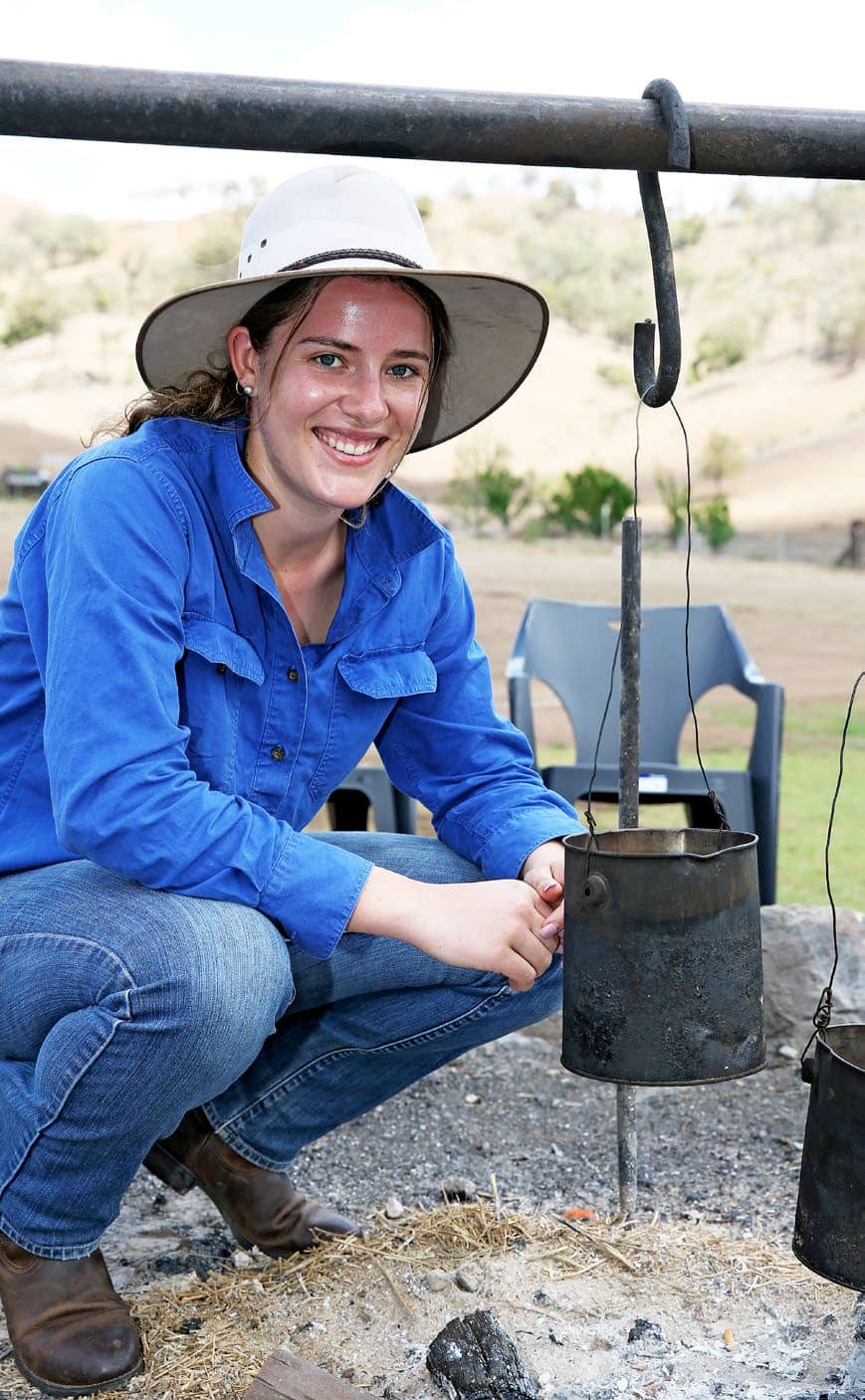 Even faced with the worst drought ever, the romance of life as a jackaroo or jillaroo hasn’t lost its shine

The time has long passed since Tim Skerrett worried about things he could not change, like when it will rain again or how much water is left in his bores.

Instead, Tim, 62, is using his energy for positives – training up the next generation of drought fighters, cattlemen and cattlewomen who will take up the battle against the elements to forge a living on the land.

“Yep, it’s the worst drought we’ve seen and yep, we are battling,’’ Tim says, standing next to the paddocks of his Mulla Creek property, east of Tamworth in the New England region of NSW.

“But things are still going on out here. We’re still alive, at least for the next six months or whenever the water runs out.’’

Tim has been running the Leconfield Jillaroo and Jackaroo School on his property since 1997, using his knowledge of “natural horsemanship’’ to instil new skills into the next generation of farm owners and workers.

“It’s about teaching the students how the horses communicate with each other so they will begin to think like a horse and less like a human,’’ he says. “If you know what the horse is thinking and what the horse may do next, then you can be a partner with them.

“You have to communicate in horse talk. If you want to travel to Japan and speak with the locals, you need to learn Japanese. This is the same thing.’’